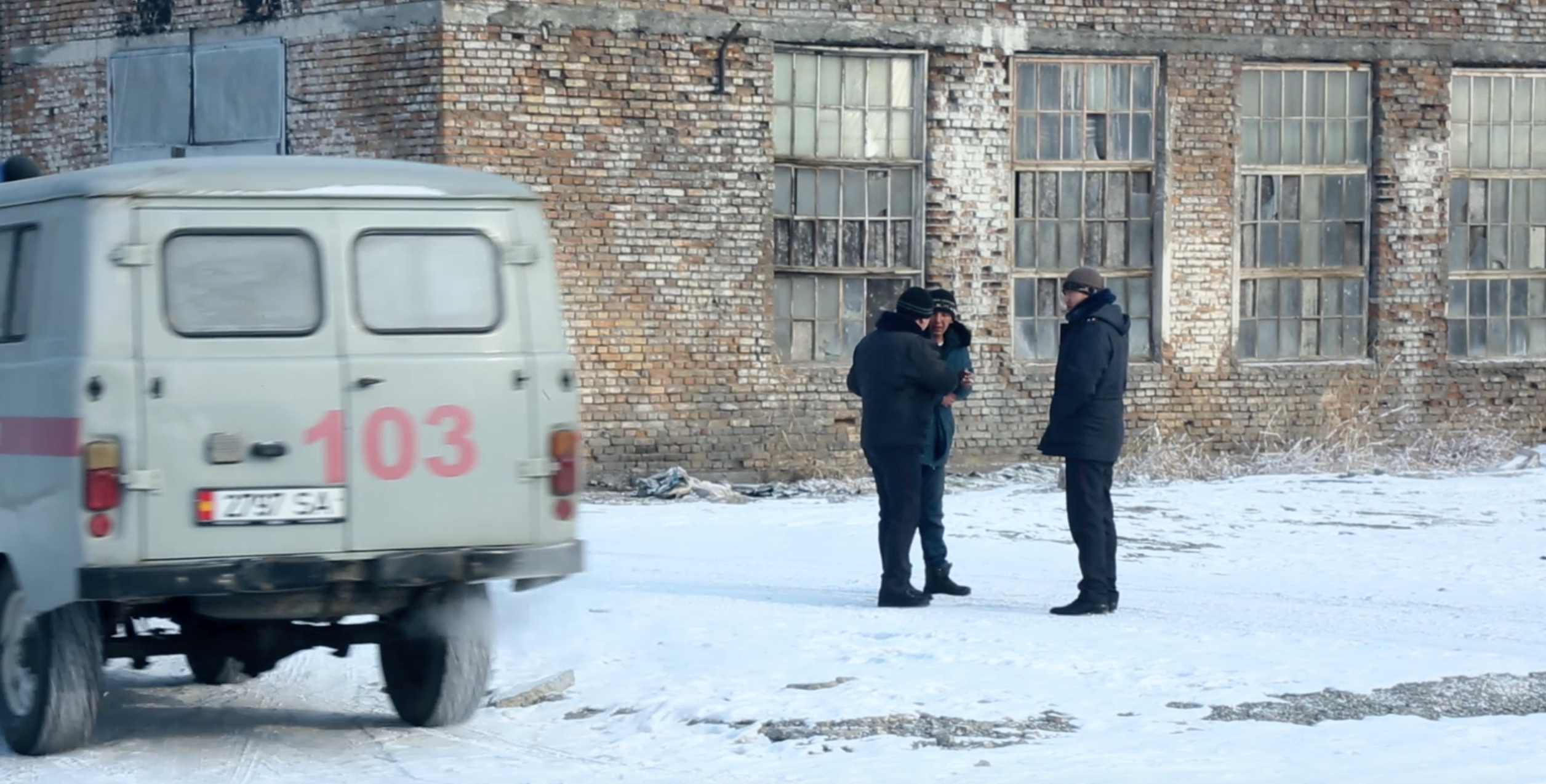 A still from Kloop.kg's short documentary on Bishkek's homeless population in wintertime.

In the middle of January, Kyrgyzstan’s capital, Bishkek, was gripped by a deep freeze. Thermometers dropped to -30 degrees Celsius (-22 degrees Fahrenheit).

At times like these, life is especially hard for the city’s homeless. At least 15 homeless people died of exposure in Bishkek this January and shelters were full to capacity.

There are two all-year-round shelters in the city and another two that open for the months of peak demand, in winter. Each can accommodate between 40 and 70 people. The conditions are Spartan – especially so in the short-term shelters. The stuffy rooms hold up to 25 people apiece and there is only a single hot meal daily, but at least it’s warm. The local government allocates 35 som ($0.50) per person daily for providing food to the homeless at these shelters.

Workers say the group at greatest risk are the alcohol-dependent. Homeless people found passed-out after a drinking bout are usually brought to the shelters by ambulances or the police.

One of the rules of the shelters is that residents may not drink there, but workers are often lax in enforcing this requirement. The main goal is to avoid people wandering out and freezing to death.