In a country of 10 million, there are only three shelters for victims of domestic abuse. 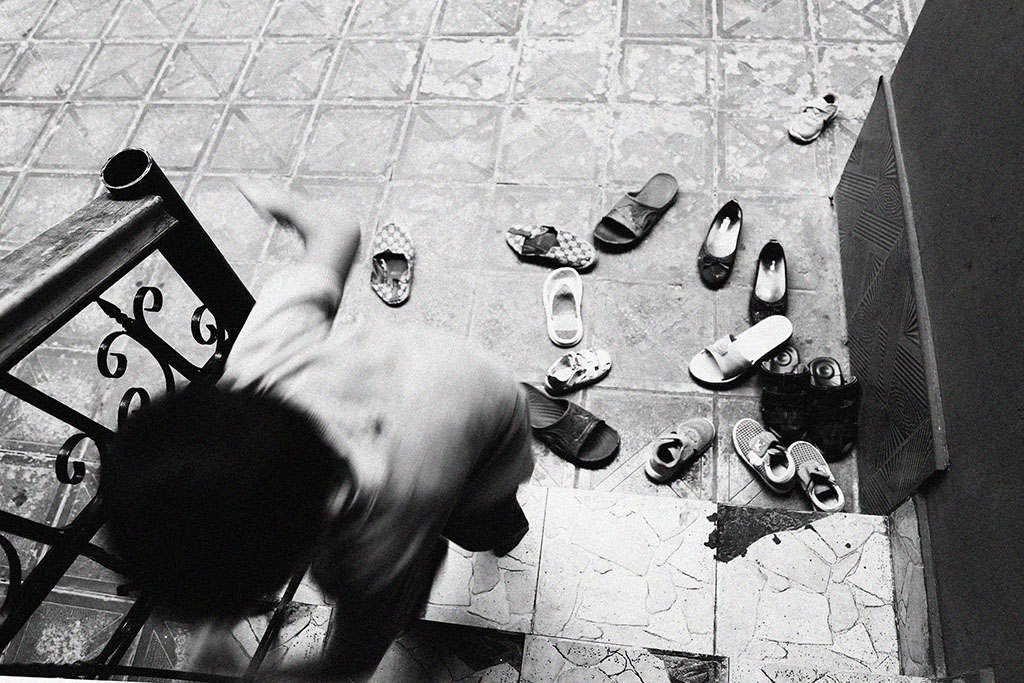 A version of this story first appeared at Chai-Khana.org.

Every time she closes her eyes, she relives the beatings and abuse she suffered when she was married.

Even though Lala is safe now, living with her children in a shelter, she lays awake at night out of terror that her ex-husband will attack again.

“I can't sleep at night. My entire body is in pain. I can't get over my fears,” she said.

The report underscores that there is a lack of proper government services for victims. It also notes there are severe shortcomings in the implementation of Azerbaijan’s law intended to protect victims of domestic violence.

Shahla Ismayil, an advocate for women’s rights and chair of the Women's Association for Rational Development, an NGO, says that she receives calls nearly every day from women suffering abuse. Most victims don't know where they can turn for help, or what kind of service they can get, she says. And due to their economic dependence on their husbands, women often think that they can’t leave.

In Azerbaijan, women rarely report abuse to the police, and when they do seek help, there are few state resources to help them.

"Victims of violence often prefer to keep silent. They think ‘my husband can beat me, curse me.’ Their children also become victims,” said sociologist Sarah Agayeva.

Agayeva adds that even when women do report abuse, the police are little help. “Sometimes when women call police, it doesn’t help. Their husbands can be arrested for a short period, but when they are free, they repeat the same behavior and are violent again.”

That was Lala’s experience. She was forced to marry when she was 17 and her husband started beating her not long after they were married. "I couldn't eat anything, I was vomiting all day because of the stress and fear,” she said. “My mom advised me to be patient and said that after I had a baby, everything would be okay." But the abuse continued.

“At night I couldn't move in bed, I was afraid to wake him up. Sometimes I hid in the bathroom, waiting for him to fall asleep so I could go to my bed. He would beat me. I spent 10 years hiding in the bathroom,” Lala said through tears.

In the decade that Lala lived with her husband, she tried to escape twice. But he kept pursuing her. Eventually she got a divorce and a court order forbidding her husband from seeing her. But that did not stop him: after the judge ruled in Lala’s favor, he attacked her and her mother outside the courthouse.

In September, Lala’s ex-husband was arrested for the attack. She was put in police protection and sent to a shelter. But she says she still lives in fear for her mother’s safety. Her mother is still in the hospital recovering.

"I want that family to disappear from the earth, and then I'll probably find peace. I know it will never happen. I'm afraid I can't go anywhere, can’t even visit my mother," she said. 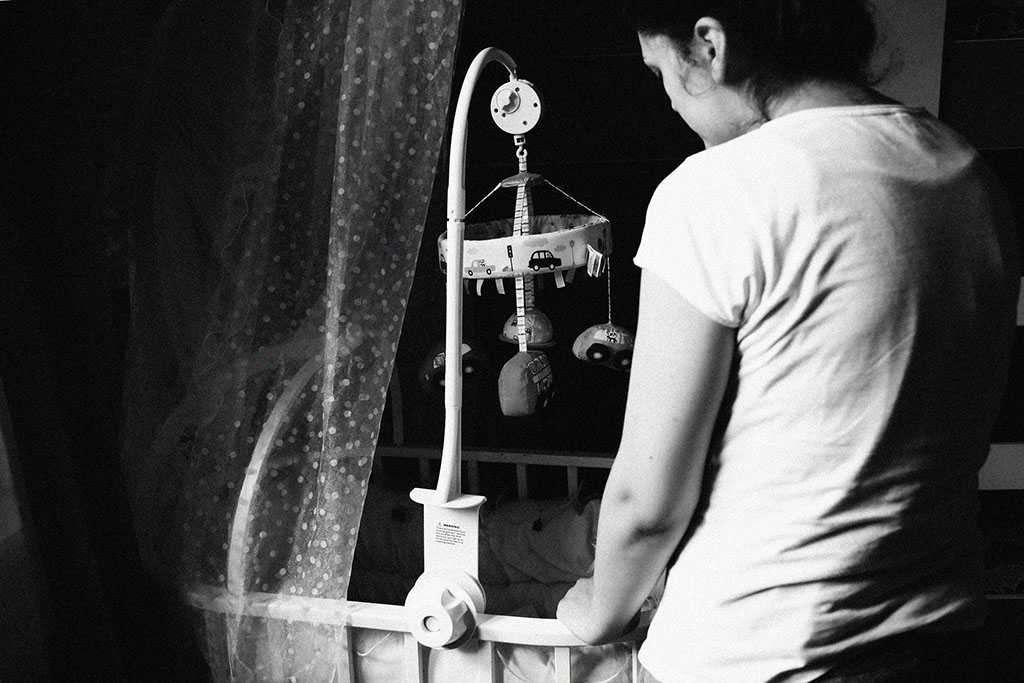 Agayeva, the sociologist, notes that Azerbaijani laws do not provide sufficient protection for victims of domestic abuse: husbands or former husbands often continue to abuse their victims after they are released from prison and there is little women can do to stop them.

A Baku-based activist adds that police often add to the problem. The activist, who asked not to be named out of fear for her safety, says police often “re-traumatize” the women who are brave enough to seek help.

“In my experience, I have not seen police exhibit decent behavior towards victims of domestic violence. Local police officers are unaware of how to speak and treat the victims. They are re-traumatizing them, blaming and humiliating the victims, and trying to reconcile them with their abusers, to create a ‘good relationship’ between the victim and the husband,” she said.

“They do not want to pay more attention to it.”

The activist was part of an unsuccessful online campaign in 2018 to raise funds to help women who could not find a place in one of the country’s three residential shelters for victims of abuse.

Agayeva notes that women outside Azerbaijan’s biggest cities do not have access to a safe place to escape their abusers because of the lack of shelters.

The three operating shelters in Azerbaijan serve a country of roughly 10 million people. That falls drastically short of international standards: the Council of Europe recommends one shelter for every 10,000 residents.

Azerbaijan’s Law on the Prevention of Domestic Violence, approved in 2010, envisions the establishment of state-supported centers to provide care and shelter for the victims of domestic violence.

Rahil Suleymanzade, a spokesman for the State Committee for Family, Women and Children of Azerbaijan, says there are 10 accredited help centers in the country, spread between in the cities Baku, Sumgait and Ganja. There are no state-run institutions for victims of domestic violence.

Out of the 10 official shelters, seven do not provide women with a place to stay.

The law also stipulates that local governments, non-governmental organizations, other agencies and individuals can create support centers. A private apartment may be used as a charitable donation center, for example.

In reality, however, the safety issues have proved too onerous for NGOs to accomplish much on their own. The activist notes that in order to provide real shelter to a woman who is trying to escape her abuser, the organization needs to be able to provide security and protect her from possible attacks. That is not possible without help from the police.

Kamran Aliyev of the United Nations Population Fund (UNPF) says there are still some gaps in the implementation of Azerbaijan’s law on domestic violence.

In 2017 the UNPF worked with the government to draft a national action plan to prevent domestic violence. It was sent to parliament but it has not yet been ratified. Suleymanzade adds that while the government plans on taking additional steps, it cannot do so until the action plan is approved.

In the meantime, women have little recourse after they flee their abusers.

Zarifa*, 34, ran away from her husband this summer, after 10 years of abuse. Now she lives at a shelter with her daughters.

She is focused on earning enough money as a cleaner to move out of the shelter and build a new life.

"I am comfortable here. I know I can live. I can sleep at night, which I could not do for 10 years,” she said.

Aydan*, 18, is also trying to figure out how to create a future for her and her baby. She entered a common law marriage with a married man in a desperate attempt to escape her alcoholic father. Her mother, who left her father when Aydan was 11, set up the arrangement.

But the man beat Aydan and, nine months after her marriage – when she was five months pregnant – Aydan found herself with no place to go. Her stepfather did not want her to live at his house, and her father would only take her back if she got an abortion.

Aydan found a place at one of the shelters and she has permission to stay there with her baby for a few months. But she fears what the future will bring.

*The names of the women in this story have been changed to protect their identities.