Usenov claims he died in 2013 and that he is really called Uritsky. 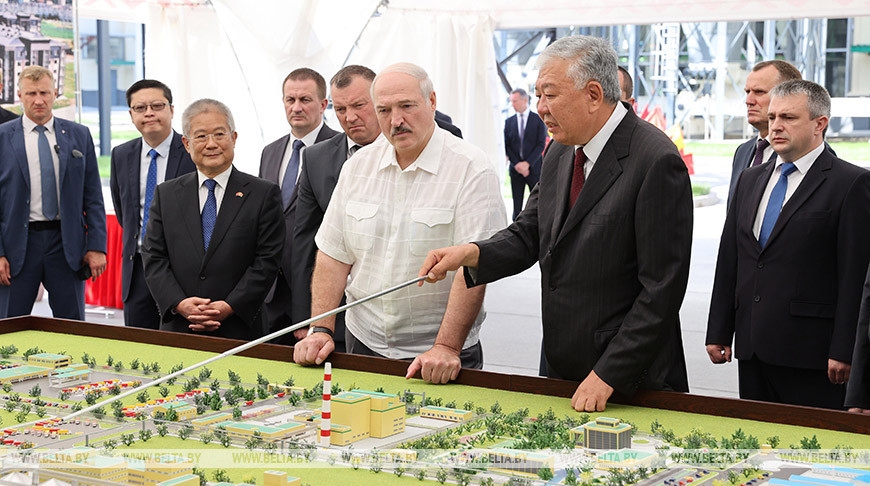 Of all the places that Belarusian President Alexander Lukashenko could have visited in the hours after several cities in his country were rocked by protests, he chose an agriculture biotechnology center.

And while at the facility in the Pukhovichi district, about one hour’s drive southeast of Minsk, he was shown around by a figure familiar to connoisseurs of Kyrgyzstan’s recent past – one-time prime minister Daniyar Usenov.

Usenov is no run-of-the-mill former Kyrgyz prime minister. He was ousted from office on April 7, 2010, the day that dozens of his fellow citizens were shot dead by government forces as they protested against a corrupt elite.

Usenov is not mentioned by name in Belarusian state media reports on Lukashenko’s tour of the premises of the Belarusian National Biotechnological Corporation, or BNBK, but he is seen in pictures, pointer in hand, explaining the company’s plans for the future.

The backstory of how this disgraced Kyrgyz official came to be involved so heavily in Belarusian agro-industry were uncovered last year by investigative journalists. Digging through BNBK’s papers, reporters at news website Naviny found that at least 22 percent of the company belongs, by means of British-registered companies, to Asylbek Saliyev, the nephew of ex-Kyrgyz President Kurmanbek Bakiyev, who was chased out of his job on the same day as Usenov.

Saliyev, who is still in his early 30s, owns majority stakes in two Scottish-based companies, Altastar and Maxforse. Those companies own 11 percent and 11.5 percent of BNBK, respectively, according to Naviny’s reporting.

Other stakes belong to the Belarusian government, which holds 25 percent, and companies based in the United Arab Emirates whose ultimate beneficiaries are unknown. Another 20 percent is owned by a subsidiary of Chinese state-owned investment company CITIC Group Corporation. Other known stakeholders in 2019 were state-owned China Oil and Foodstuffs Corporation, with 9 percent, and Russia-based Viren-Invest, with 1 percent. 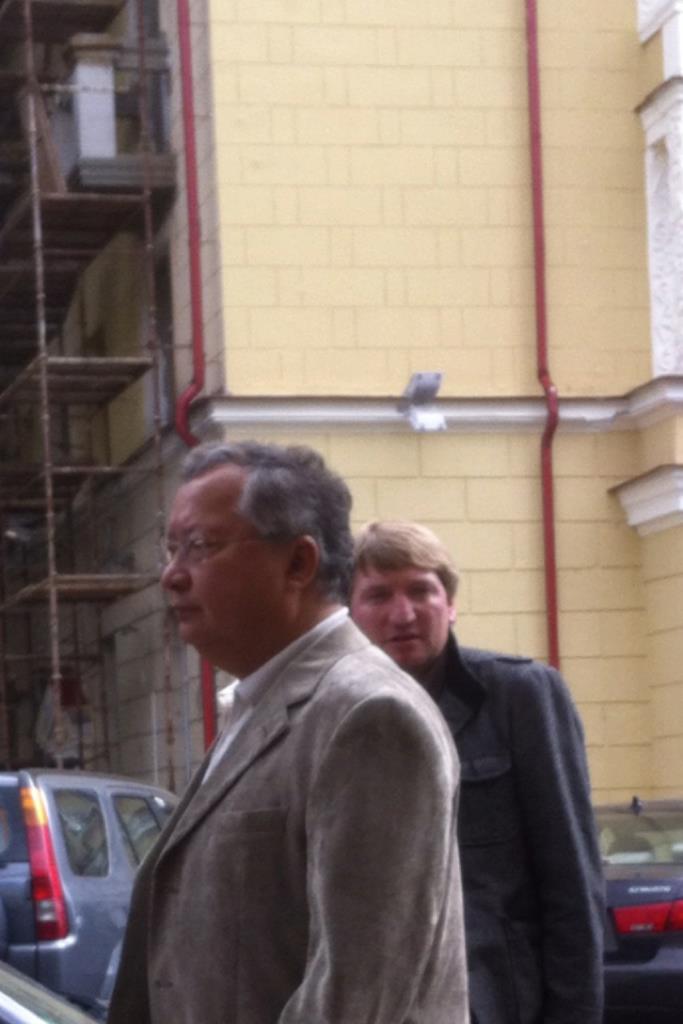 Saliyev is the son of Bakiyev’s brother, Janysh, who was at one time the object of an international arrest warrant for mass murder, kidnapping and involvement in organized crime. After President Bakiyev was ousted, he was offered asylum in Belarus and quickly took up residence and citizenship there. But the whereabouts of Janysh remained a mystery for some time, however, until he was spotted hanging out in a Minsk café in 2012.

It was Janysh Bakiyev that ran the Presidential Guard accused of being responsible for much of the shooting that led to the death of at least 87 people in the Kyrgyz capital, Bishkek, on April 7, 2010. That was the most serious of Janysh Bakiyev’s offenses, but he had presided over a reign of terror for years before in the interests of cementing his brother’s power. He is accused, among other things, of having been behind the March 2009 murder of close Bakiyev confidante-turned-opponent Medet Sadyrkulov. It is said, although possibly apocryphally, that Janysh sent a cautionary message to Sadyrkulov in the form of a severed nose and ear. Testifying at a trial held in absentia in 2012, one of Janysh’s former bodyguards claimed that his then-boss had threatened to “rip his head off” if he ever told anyone of his connection to Sadyrkulov’s demise.

There are strong grounds to suspect that whatever investments the Bakiyev family has made in Belarus and elsewhere were funded with money that they looted while running Kyrgyzstan. By some estimates, those stolen monies run into the hundreds of millions of dollars.

Quite how Usenov came to be running an agro-industrial business in Belarus is its own strange story.

Pictures of the former prime minister, who spent the morning of his last day in office assuring journalists in the parliament building that the unrest raging outside would quickly blow over, surfaced in Belarusian media in 2018. This solved another of the lingering mysteries of the 2010 uprising, in the wake of which many top-level Bakiyev cronies managed to flee the country and thereby evade justice.

Except that Usenov denied that he was, in fact, Usenov at all, insisting, very obviously falsely, that his actual full name was Daniil Timurovich Uritsky. As far as he knew, the would-be Uritsky disclosed, Usenov had died in Malaysia in 2013.

And it is under the adopted name Uritsky that Usenov runs BNBK. Usenov, on the other hand, has been sentenced to life in absentia in Kyrgyzstan for crimes committed while in office.