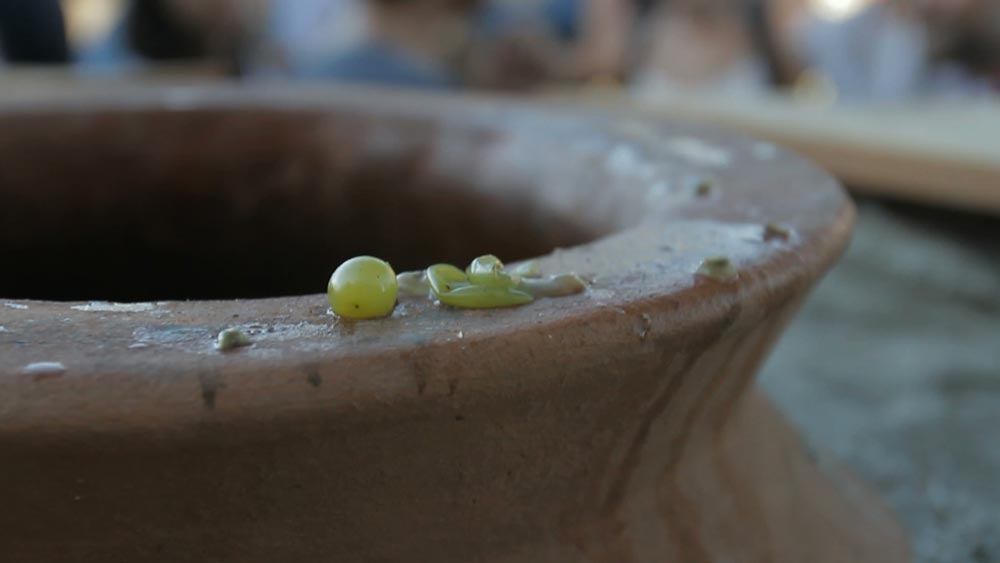 Carlo Catani, an activist with the Slow Food movement, was at a wine show in Italy two years ago tasting some bottles from Georgia when an idea struck him: what if he were able to convince Italian winemakers to make wine using the traditional Georgian method of fermenting it in large clay vessels known as kvevri?

The initial idea was something of a joke, says Catani, who works on promoting wine culture in his native region of Romagna. But the more he thought about it, the more intrigued he was about the idea. “We talked to some producers in our region, and 15 of them agreed to try doing it. Our goal was to help spread Georgian wine culture, but another goal was to get the producers to collaborate among themselves, which was something they usually didn’t do. This was the only way they could make this kind of wine in a good way,” Catani says.

The experiment is not so far fetched, Catani says. Turns out making wine in clay vessels was once done in Italy – in Roman times, that is. “The Romans stopped using this method more or less after the Barbarian invasion. After that they started using wooden barrels,” he explains. “So we more or less have some 1,500 years of a gap in using kvevris. The Georgians have been using kvevris from the beginning, from when wine grapes were domesticated until now. So they have good knowledge in how to use this.”

After finding his willing Italian vintners, Catani says the next challenge was getting the kvevris over to Romagna from Georgia. In case any broke, 17 of the clay jars were loaded onto a Georgian truck for what ended up being a week-long trek to Italy. Once the kvevris arrived, Catani arranged for a group of Georgian winemakers to come to Italy during the harvest time to show their Italian counterparts how their method works. “The most important information is coming from the Georgian winemakers. You have to put the kvevri in the ground, to regulate the temperature. And you have to use beeswax to seal the kvevri,” Catani explains.

For now, the kvevris – which each hold up to 500 liters of wine – are in the ground and working their magic on the liquid inside them. The plan is to unseal the vessels in May, during an annual food festival in the town of Faenza, and see what the Italian winemakers were able to come up with.

“I think the most interesting things about kvevri wine are that you are drinking history, so your mind can have a wonderful trip and it’s a wonderful idea to drink this ancestral wine,” says Catani. “The second is that it’s a totally natural wine. There is no pesticide and the grapes have not been treated in any way. The third thing is that the kvevri wines are very different from the other wines that you can find sold – the maceration with the skin is very long, the colors are different – the white wines are more orange and the red wines are more violet. They are absolutely different than what is the panorama of other wines in the world. For me, anything that can increase this panorama is absolutely wonderful.”

“It’s like if a painter can use more colors for his painting.”