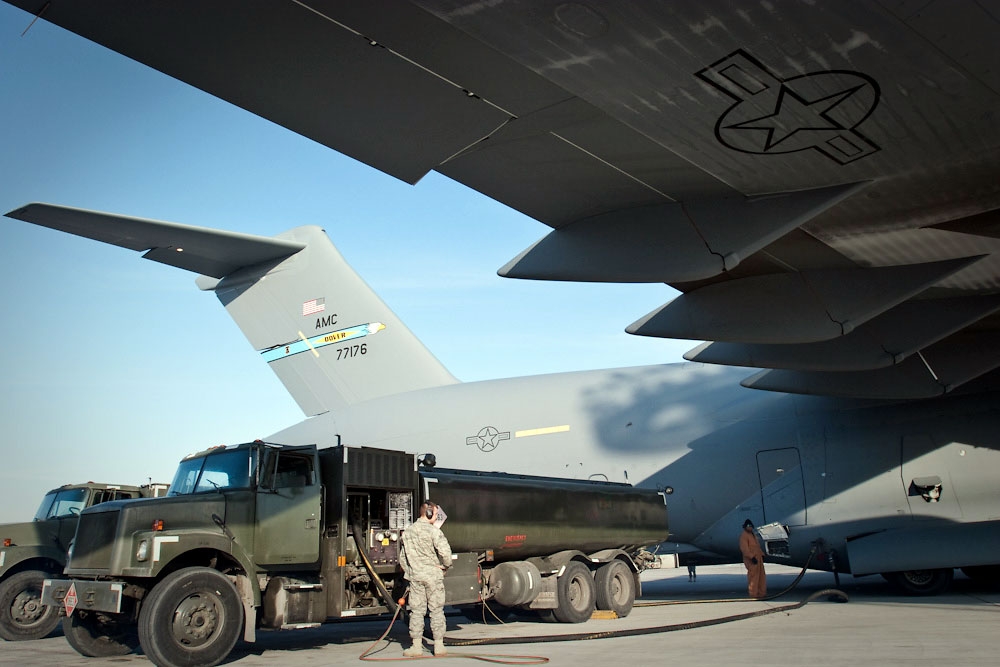 Manas fuel contract under scrutiny in US. (Photo: David Trilling)

The two enterprises at the center of a US congressional investigation into fuel contracting practices at Kyrgyzstan’s Manas Transit Center maintain an official mailing address at a low-rent London public housing complex. But the entities have retained the services of a super high-gloss Washington, DC, public relations firm that has strong connections to the Bush-Cheney administration.

According to its website, Hamilton Place Strategies is “a strategic communications consulting firm in Washington, DC, with expertise in financial communication and economic policy.” It employs “the latest rapid response techniques” and “offers crisis communications strategies tested on the front lines of the 24-hour news cycle.”

The principals in the firm certainly have logged lots of hours on the front lines of spin. They have held a variety of appointive posts in the Bush-era White House and Treasury Department communications operations.

Tony Fratto, HPS’s managing director, was appointed a deputy assistant to President George W. Bush in 2006 and served as deputy White House press secretary. Prior to that, Fratto worked at the US Treasury Department as spokesman on domestic and international finance and international development policy. He later served as assistant secretary for public affairs, according to HPS’s website.

“Before joining the Bush Administration, Fratto served as a communications specialist for the Bush-Cheney campaign,” the website added.

Fratto is also a founder of The Roosevelt Room, a policy discussion website whose frequent contributors include Karl Rove, who served as a senior advisor and campaign guru to President Bush II.

Other HPS principals include Stuart Siciliano and Taylor Griffin, both of whom have solid Republican Party credentials.

“Most recently, Stuart was assistant press secretary to President George W. Bush. During his time at the White House, he [Siciliano] served as a spokesman for President Bush,” HPS’s website states.

In 2008, Siciliano was described as “a fast rising star in the West Wing,” by Potomac Flacks, a website covering the PR community in Washington.

Griffin, meanwhile, worked on the 2000 and 2004 Bush-Cheney election campaigns. In 2008, he “served as a senior communications advisor to the McCain presidential campaign.” In that capacity, he headed vice presidential nominee Sarah Palin’s rapid-response team. He joined HPS in February.

Last September, Griffin was featured on the Washington insider website Politico.com’s list of “Top 50 Party Animals” in the capital. In 2006, he was listed among “20 Fabulous Singles” by the Washingtonian.com.

Griffin is also a partner with Sulgrave Partners, a DC-based firm offering business advisory, turnaround management and strategic communications services to troubled companies. Tony Fratto is listed as a senior advisor, according the firm’s website.

Much like Hamilton Place Strategies, Sulgrave Partners, on its website, states that it “offers communications strategies tested by experience on the front lines of the modern 24-hour news cycle.”

The firm also fashions itself as “a quarterback that is totally objective with no other interests than that of the client, experienced with the problem at hand and incented to own the outcome rather than just the process.”