The opposition claims that kingmaker Bidzina Ivanishvili is aiming to be “Georgia's Pablo Escobar.” 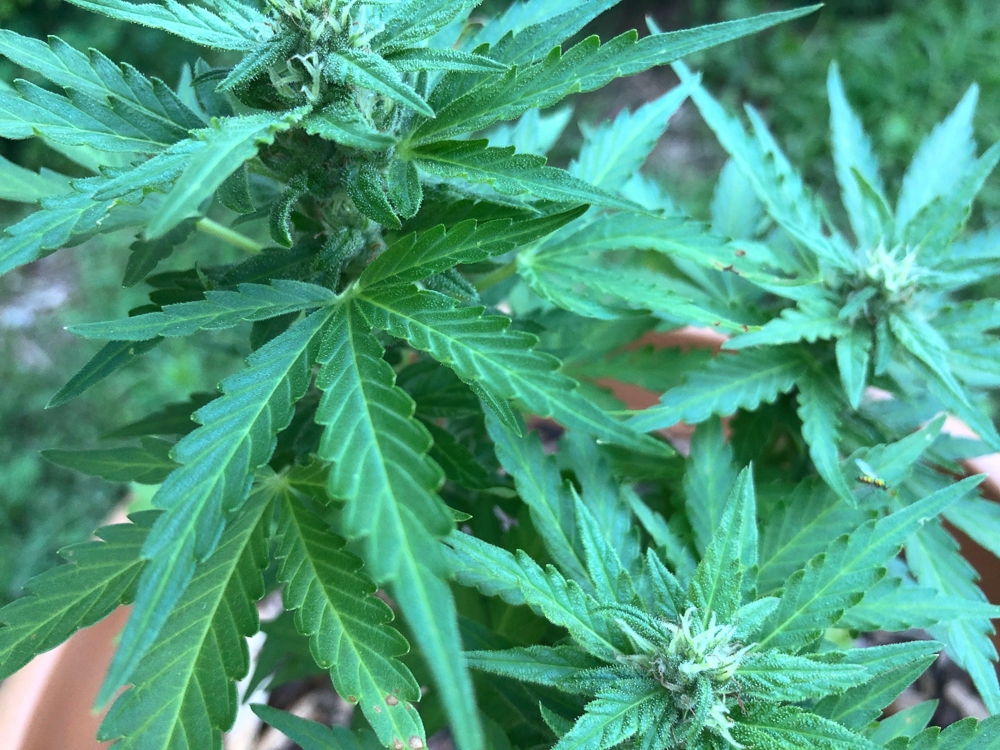 “Don’t Let Them Turn Georgia into a Cannabis Republic” may seem an unlikely campaign slogan for an opposition presidential candidate in Georgia, a country until recently known for its stringent laws against marijuana and other recreational drugs.

But marijuana has, to the surprise of many, become one of the most hotly contested issues ahead of the October 28 vote.

In September, parliament began considering a draft law that would authorize a government-licensed company to grow cannabis for export abroad; it would also establish rules for recreational pot use within Georgia.

In an ironic twist, the bill was drafted by the Interior Ministry, which has a reputation for rigorous enforcement of the country's previously strict drug laws.

Exporting weed could help Georgia get a slice of the fast-growing medical marijuana market, estimated to hit $55.8 billion by 2025. “If we tap 10 percent of that market, we could be looking at a billion dollars of [annual] income for the economy,” Akaki Zoidze, the chairman of the parliament’s committee on health care, told online news site Netgazeti.

But the proposal spurred fierce controversy. Local media ran stories on the danger of cannabis replacing grapes as Georgia’s iconic crop. Conservative voices warned of Georgia turning into a drug haven. And candidates in the presidential race have responded by staking out strong positions.

The “Cannabis Republic” ad was run by Grigol Vashadze, who is running on behalf of the United National Movement (UNM) and a few smaller opposition parties. He claims that the governing party, Georgian Dream, plans to turn Georgia into a “drug-dealing” economy and a nation of potheads. “We will not stand for this country to be run by drug dealers,” he said last month.

In the opposite corner of the cannabis debate is the leader of the libertarian political group Girchi, Zurab Japaridze, who is now running for president on a pro-marijuana or, as he puts it, pro-freedom platform. Insisting that marijuana use is Georgians' constitutional right, Japaridze won a landmark case in the Constitutional Court in July, in which the court scrapped punishment for the personal use of cannabis, though it stopped short of full legalization.

As part of his campaign, Japaridze plans to hold a Cannabis Legalization Festival in a park a week before the election – at 4:20 in the afternoon. There, he intends to exercise – in his words – his civil “right to consume marijuana.” In a Facebook video, he encouraged likeminded individuals to come and have some “fun times” together.

Former president Mikheil Saakashvili also has chimed in from abroad to condemn the cannabis export plans as a pet project of his billionaire archfoe Bidzina Ivanishvili, the founder and chairman of Georgian Dream. Saakashvili, the UNM's leader-in-exile, has claimed that Ivanishvili personally plans to benefit and that he’s even brought international experts to appraise Georgia’s cannabis growing potential. “Ivanishvili wants to turn Georgian into a drug hub, a nation of drug cartels,” he said, as it happens, speaking from Amsterdam.

Ivanishvili, an ex-prime minister, is widely considered to be calling the shots on all key government decisions. His son Bera, a rapper, has called for marijuana legalization, releasing a song called “Legalize It” amid drug-policy protests this spring.

Some lawyers and activists have been urging the government to decriminalize the possession of marijuana, not least to fix the legal hole left by the Constitutional Court’s July ruling, which decriminalized personal consumption, but not possession.

The government's draft law sets out a regulatory framework for cannabis consumption, subjecting it to restrictions similar to those on alcohol and cigarettes. Under the new law, recreational consumption of marijuana would be legal except “in public spaces, public transport, in schools and on the premises of educational institutions,” the Interior Ministry said in a statement explaining the legislation. It would also ban driving under the influence and the use of marijuana at work.

But the proposal does not fix the legal hole because possession of cannabis in any amount would remain illegal, according to the Ministry.

Instead, the bill proposes licensing the cultivation of cannabis for export, a development that surprised groups, both for and against, involved in the nation’s long battle for legalization.

Skeptics argue that the bill’s true raison d’être is that it creates a new money-making mechanism for Ivanishvili, offering as circumstantial evidence Ivanishvili’s stake in Goldman Sachs, an investment giant that has begun financing medical cannabis production in the United States. Georgian Dream members have dismissed this claim as a conspiracy theory.

The opposition isn't so sure. Giorgi Vashadze, Grigol Vashadze's campaign chief of staff, argues that Ivanishvili, seeing the cannabis business become mainstream worldwide, decided to jump on the bandwagon and launch a potentially lucrative cannabis export project in Georgia.

“Ivanishvili is going to be a marijuana drug lord and a Georgian [Pablo] Escobar,” Giorgi Vashadze told the Rustavi2 TV network.

Drawing parallels between the production of cannabis and cocaine, the main source of Escobar’s riches, may be populist overreach, but the Georgian Orthodox Church, the most influential critic of the cannabis law, has made a similar point. “Next we will see similarly liberal approaches to cocaine and heroin,” warned Father Andria Jamghaidze, speaking on behalf of the Patriarchate.

Such passionate opposition from the highly revered Church is believed to have led to the Georgian Dream’s recent decision to shelve the cannabis law for two months. Political rivals argue that Georgian Dream wanted to take a break until after the presidential election and spare its favored candidate, independent lawmaker Salome Zourabichvili, from attacks related to cannabis. One prominent archpriest, Chorbishop Iakob, described Zourabichvili as “the Cannabis Queen.”

Georgian Dream said it would use the two-month break to better explain its law to the Church, but it is unclear how the party will override the opposition, since the Church has said there is no room for compromise.

Zourabichvili, for her part, has also called for continued consultations with the Church and society. She once said that she experimented with pot and cocaine in her younger years, but now she insists she is not the “Cannabis Queen.” Rather, she said, “I will be the queen of an awareness campaign that must be held in Georgia to inform the youth of the damage that drugs do to their health.”