A cabinet minister resigned, and the ruling party announced that it would not put forth its own candidate for prime minister. 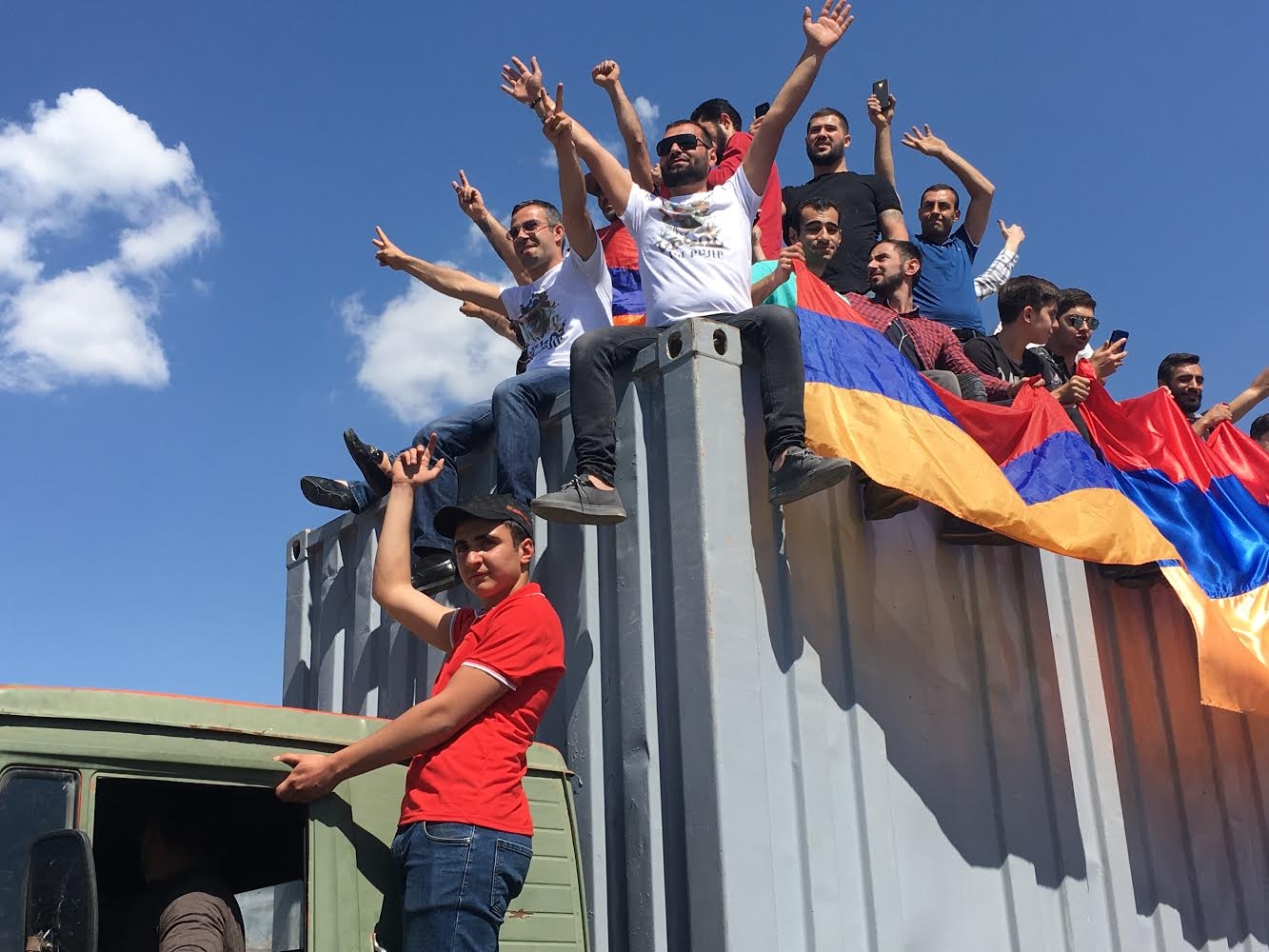 Armenian protesters have shut down roads across the country, responding to protest leader Nikol Pashinyan's call to engage in mass civil disobedience after the parliament failed to elect him as prime minister.

The continued pressure appeared to work, as one cabinet minister quit and the ruling party announced that it would not put forth its own candidate for prime minister. The latter appeared to pave the way for Pashinyan to be elected the following week, though in Armenia's current state of extreme political drama, nothing can be guaranteed.

Across the country’s capital, Yerevan, protesters on May 2 used cars, dumpsters and human chains to block the city's streets, as well as the main highways leading to Zvartnots International Airport and northwards to neighboring Georgia.

“Everyone at this airport is united against the Republican Party of Armenia,” Gagik Gishyan, a flight coordinator at the airport, told Eurasianet. “This is our war against corruption. If the police come we will stand our ground – we are not afraid.”

Passengers arriving by air this morning were forced to drag their luggage along the highway between the airport and town, navigating a sophisticated network of roadblocks formed by protesters.

“We are stopping people from leaving because we want them to stay and see what is happening in their country,” said Khachatur Babakhanyan, another employee at Zvartnots Airport. “We want the whole world to see.”

The strikes came a day after parliament, dominated by the Republicans, voted down Pashinyan's bid to become prime minister. Pashinyan has led massive street protests that managed to force longtime leader Serzh Sargsyan to step down from the post, but the Republicans appeared not yet ready to cede power.

Pashinyan later called for an end to the strike at the airport, asking workers to return to their jobs at 2 p.m.

Other roadblocks, including the one at Bavra, on the Georgian-Armenian border, remained closed late in the afternoon on May 2. Almost 300 trucks were stranded there, according to local news outlet EVN Report.

In central Yerevan, the metro system, railways and the six major roads leading to Republic Square, where demonstrations are held, were closed down. Protesters, including a large number of youths draped in the national tricolor, circled the square in trucks chanting “Nikol! Victory!”

The overall mood was peaceful, with the Kochari, a traditional Armenian dance, a ubiquitous sight in the city’s streets. Other protesters were seen tearing up their party membership cards.

The six roads in central Yerevan were reopened at 5 p.m. in order to allow protesters to gather in Republic Square in the evening, where Pashinyan's supporters have been rallying every night in support of his efforts to depose the Republican leadership.

The continued strength of the demonstrations forced more concessions from the ruling party.

A group of actors, musicians and puppeteers had occupied the entrance to the Culture Ministry, and performed traditional music and puppet shows mocking the parliamentary hearing the day before at which Pashinyan was voted down. After hours requesting that the minister, Armen Amiryan, come down and join them, Amiryan announced his resignation.

Later, the Republicans announced that they would not be putting forth their own candidate for next week's follow-on vote, scheduled for May 8, and that they would support whatever candidate was able to get at least one-third of the vote. Pashinyan remains the only declared candidate and so would appear to be the only such figure.