The cotton industry has gotten a boost in recent years as Azerbaijan tries to diversify its oil-and-gas-dominated economy. 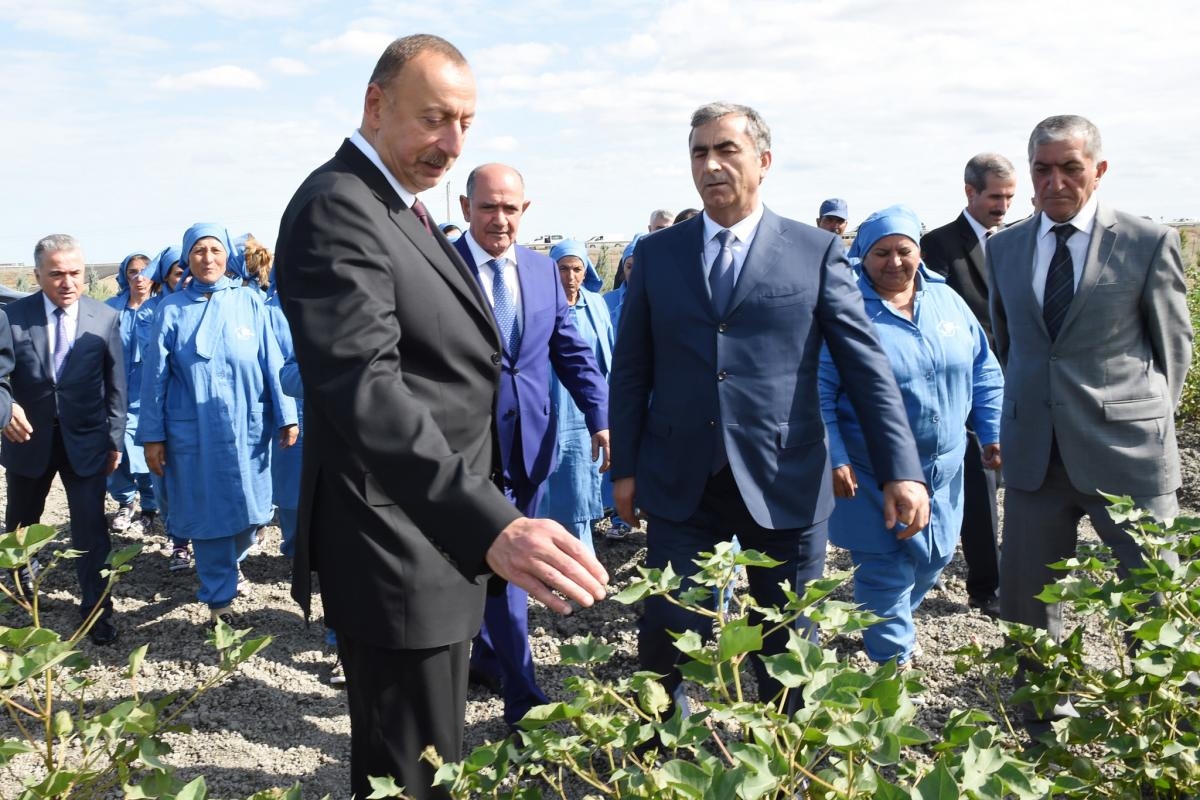 Nearly 200 people have been hospitalized in Azerbaijan over the past nine days after reportedly being poisoned by pesticides in cotton fields.

On June 19, 141 persons were admitted to a hospital in Imisli. On June 10, 24 people reported being hospitalized in Simadakand village and on June 17, 14 people were reportedly hospitalized in Seydimli village. Another group of 16 were hospitalized on June 20. All had been working in cotton fields.

“The causes of the mass poisoning are still unknown,” said a Ministry of Health spokesperson, Safayat Ahmadova, in response to the Imisli incident, reported the Azerbaijani service of RFE/RL, Azadliq. She said it could take up to a week before the cause of the poisoning is determined.

The city prosecutor's office has launched a criminal investigation into the Imisli case.

“Just like in previous accidents, here, too, the incident took place on a field managed by a private company. It is their responsibility to ensure technical safety rules,” said Agriculture Minister Inam Karimov. Karimov added that the country's Food Safety Agency would increase regulations of imports of pesticides and similar products starting in July.

But other government officials have tried to downplay the incidents. “You can die walking on a street”, member of parliament Eldar Ibrahimov told Azadliq, adding that these incidents were common during the Soviet era as well.

Affected farm workers in Imisli reported that the field was poisonous and that they were warned by their boss to be careful before going into the field that day. “We lost consciousness, then fainted. About 10 of our people fainted. After treatment at the hospital we are feeling better,” said one of the farmers interviewed by Azadliq outside the hospital in Imisli. “They told us the field was treated and that we should be careful,” said another. Many of the farmers are day laborers paid 10 manats (about $6) for 10 hours of work, they told Azadliq.

Local government officials denied those claims. “It was the field nearby that was treated. It was because of the wind, a few farmers experienced nausea and slight dizziness,” said Vilyam Haciyev, head of the Imisli District administration, in an interview with the news agency APA.

There have been varying reports of how many workers were affected. The local hospital reported 40, state news agency Azertac reported 80, while human rights advocate Oktay Gulaliyev, writing on his Facebook page, reported receiving 300 complaints. A relative of one of the farmers said there were “hundreds” of people in the hospital.

Two of the fields were owned by companies connected to Gilan Holding, a business owned by the powerful Minister of Emergency Situations Kamaleddin Heydarov, Azadliq reported.

The cotton industry was described as “white gold” in Soviet Azerbaijan. The industry declined as black gold – oil and gas – came to dominate post-independence Azerbaijan's economy.

But in recent years, Azerbaijan's government has started trying to revive the cotton industry. In September 2016, President Ilham Aliyev convened a conference on cotton growing where he reminisced of the golden days of cotton industry and promised to return to the country’s “former glory.” There is a State Program for the Development of Cotton Growing in Azerbaijan for 2017-2022 which aims to reach 500,000 tons by 2022, up from just 35,000 tons in 2015.

In order to meet those ambitious targets, government workers including doctors and teachers have been forced into the cotton fields during harvest season.

Arzu Geybullayeva is a journalist who reports on Azerbaijan.