Bazaars are a mainstay of economic activity in Central Asia. Why are they so hard to measure? 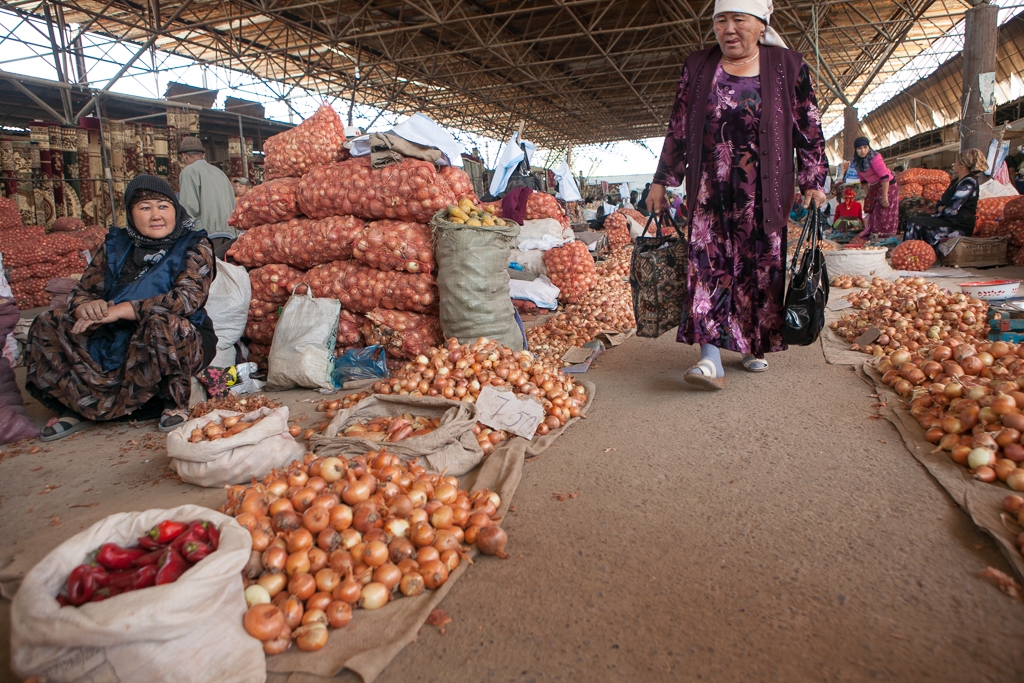 Central Asia’s lively, open-air markets are a dead giveaway to economists: signs of a large informal sector, or “shadow economy.”

These are loose terms for transactions that take place outside the purview of government regulations. A large shadow economy is often a sign that a country’s institutions are not robust. In this scenario, ordinary citizens restrict their economic activities to the informal sector for a variety of reasons: to avoid taxes, because there are limited other options or banking is poorly developed, because official administrative procedures – such as inspections by sticky-fingered officials – are onerous, or perhaps a combination of reasons.

Since they’re outside the state’s purview, workers in the shadow economy are not protected by labor laws, safety standards or minimum wages, leaving the door open to abusive bosses. This is especially relevant in a country like Uzbekistan, where about almost two-thirds of workers are employed in the informal sector, according to the World Bank.

Estimates of Central Asia’s shadow economy vary depending on methodology – and simply because so much of the action takes place out of sight. Take three examples. (These figures are measured against gross domestic product for a sense of scale; activity in the shadow economy is not included in official calculations of GDP).

According to a 2019 report by Kazakhstan’s National Academy of Sciences, which cites data from the Commonwealth of Independent States’ statistics committee, the “non-observed economy” was equivalent to to 29-33 percent of the economy in Uzbekistan; 22-27 percent in Kazakhstan, Tajikistan and Turkmenistan; and 17-19 percent in Kyrgyzstan. The IMF, however, came to a different conclusion in a 2018 working paper. Tajikistan tops this list, with the informal sector equaling around 43 percent of GDP; Kazakhstan and Kyrgyzstan clocked in slightly lower at 39 percent and 38 percent respectively. The 2018 Bertelsmann Stiftung Transformation Index estimates the informal sector is about one-third the size of Tajik GDP and one-fourth of Kyrgyzstan’s.

However you measure it, the informal sector is large in Central Asia. By comparison, developed countries have much smaller shadow economies. The IMF reckons Germany’s is equal to about 12 percent of GDP.

More relevant to policymakers is not how big the shadow economy is, but what can be done to lure it into the formal sector. Here, for lack of capacity or interest, most Central Asian governments look unlikely to challenge the status quo anytime soon.

Uzbekistan has the potential to lead here, however. Reformist President Shavkat Mirziyoyev has stressed the need to formalize the shadow economy. Floating the currency in 2017 was a start by undercutting the black market in foreign exchange.