Measuring the impact of Russia’s tourism embargo on Georgia 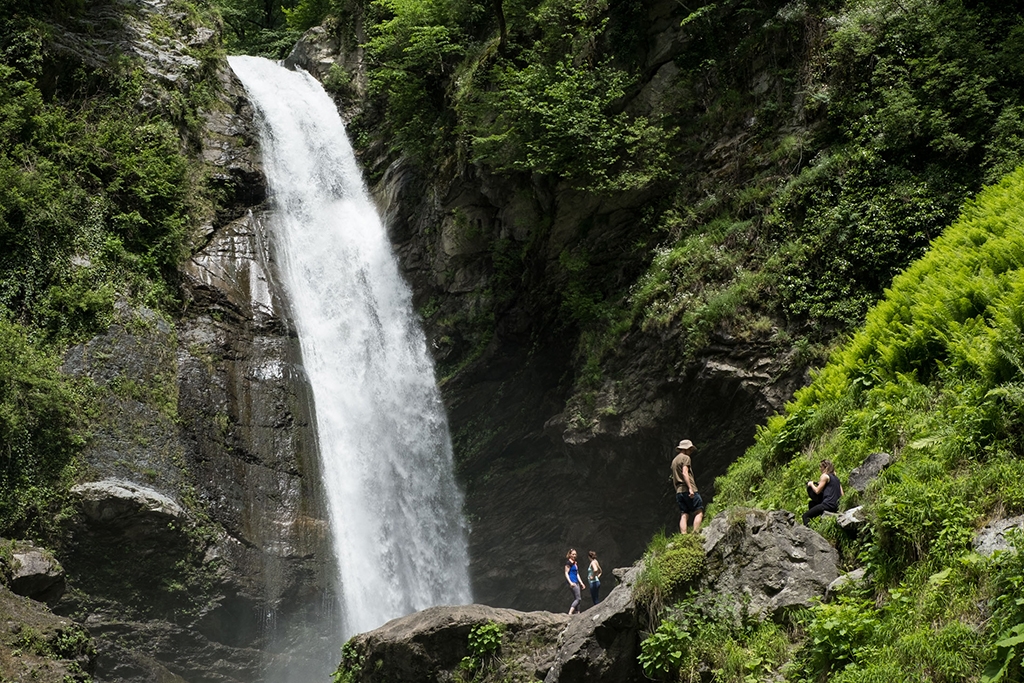 Russia’s recent declared embargo on travel to Georgia has cast attention on the large, and growing, role that the tourism sector plays in Georgia’s economy, and how much Georgia stands to suffer from the loss of Russian tourists.

According to the World Travel and Tourism Council (WTTC), in total, tourism contributed 33.7 percent to Georgia’s total GDP in 2018 (this figure includes direct and indirect contribution). That’s significantly higher than the global average of 10.4 percent. The figure in Armenia, by contrast, is 16 percent; in Azerbaijan, 13 percent. Even Thailand gets only 21 percent of its GDP from tourism.

Tourism also contributes significantly to employment in Georgia. WTTC statistics show the tourism sector was responsible for creating (directly and indirectly) 519,700 jobs in the Georgian economy in 2018. That represents 23 percent of jobs in Georgia, a figure that is again significantly higher than the global average, where about 10 percent of total jobs are created by the tourism sector.

Separate data from Georgia’s tourism agency also highlight the key role that tourism plays in Georgia’s economy. According to the agency, tourism’s direct contribution to the economy was 7.6 percent of total GDP and generated $3.2 billion in foreign exchange income.

There are several reasons to believe that the recent embargo on Russian tourists flying to Georgia could have a noticeable impact on the Georgian economy. Russia is one of the largest sources of tourists into Georgia; of the 8.7 million international visitors to Georgia in 2018, 1.4 million (or 16.2 percent) came from Russia. 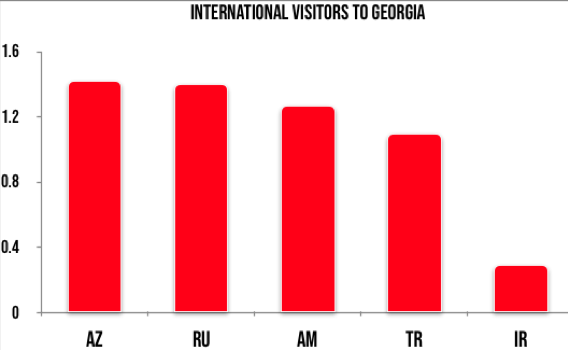 Russia also has accounted for a large share of the increase in visitors in recent years. Total international travelers increased by 51.3 percent between 2013 and 2018. During the same time visits from Russia more than doubled, from 606,668 to 1.4 million. Between 2017 and 2018 alone, the number of Russian visitors to Georgia grew by 23.8 percent.

Data from the WTTC show that, in total, visitors spent $3.5 billion in Georgia in 2018, which breaks down to $402 per visitor. If we modestly assume that Russian tourist numbers fall by 25 percent owing to the flight embargo, this would mean that the number of visitors falls by 350,000 this year. That would translate into a loss in revenue of $141 million, a not-so-insignificant loss.

Armenian economist and analyst Hrant Mikaelian came to even more dire conclusions: given that most Armenian and Azerbaijani visitors to Georgia are likely day trippers doing shopping and so on in, he calculated that Russia’s share in real tourism visits likely represented 30 percent of total tourists, and that they would have brought in about $1.4 billion in tourism revenue to Georgia in 2019, out of a total of $4 billion for the sector.

A loss in income for those involved in the tourist sector could exacerbate an already incendiary political situation. However, over the long term, the situation could have a silver lining if it spurs the Georgian government to market more aggressively to non-Russian tourists, such as from Western Europe or Gulf countries, thereby creating a more diversified portfolio of tourists.

Georgia is a hot tourism destination, regularly appearing in travel publications – it was named one of the top ten travel destinations of the world in 2018 by Lonely Planet – with a tourism infrastructure that continues to improve. So even if there are short-term pains to the Russian embargo, the picture in the long term is rosier.