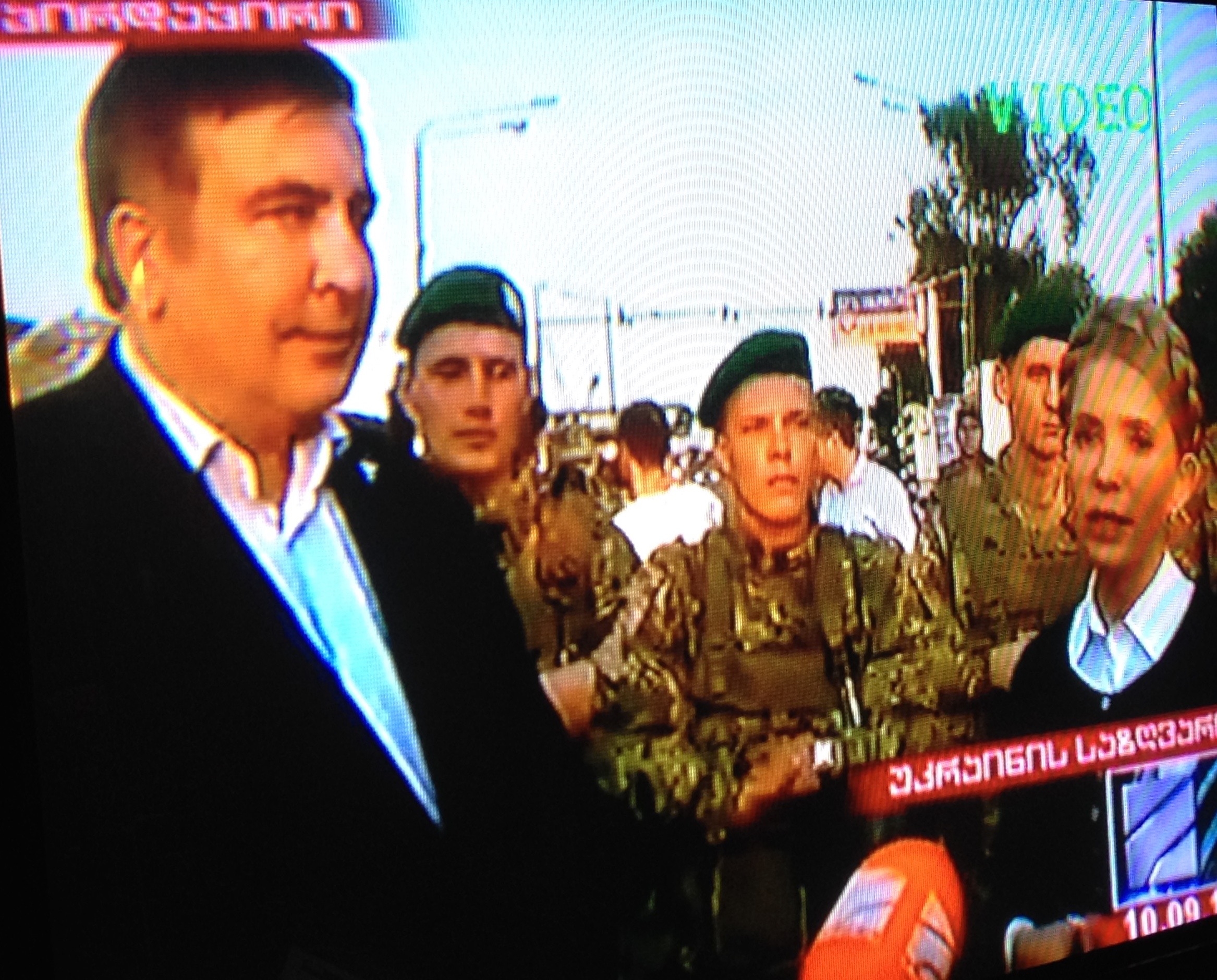 Chanting “Glory to Ukraine!” and “Misha, Misha, Misha!” a crowd of Mikheil Saakashvili’s male supporters on September 10 broke through a security cordon at a Ukrainian border-point to pull the embattled opposition leader from no-man’s-land between Poland and Ukraine onto Ukrainian territory.

Saakashvili, 49, was last shown being bundled onto a bus reportedly provided by his supporters at the Shehyni checkpoint. Its direction was unclear.

The literal breakthrough came after a day-long attempt by Saakashvili, by both bus and train, to enter Ukraine from Poland after losing his Ukrainian citizenship in July.

Kyiv charges that he had not stated in his citizenship application that he faced a criminal investigation in Georgia. Saakashvili, the ex-governor of Ukraine’s Odessa region, and his supporters have rejected the claim as an attempt to push him out of Ukrainian politics.

Ukraine has denied all such accusations as well as the claim that Ukrainian President Petro Poroshenko today refused to allow into Ukraine the Ukrainian-owned Intercity train on which Saakashvili, his political allies and family were traveling from Poland.

Anger at these setbacks finally came to a head in a brief, nose-to-nose standoff with Shehyni's commander, who asked the citizenship-less former Georgian president to return to Poland.

“This general won’t be here tomorrow,” Saakashvili yelled in Russian at the security detail, who stood, arms linked, between him and the border-control facilities. He accused the commander of dealing in contraband – a familiar complaint against senior Ukrainian military officers. “This president won’t be here. This government won’t be here, but we will always be in Ukraine," he continued.

Georgia, though, has requested that Ukraine extradite Saakashvili to Tbilisi to stand trial on criminal charges of abuse of power, embezzlement and use of excessive force. Kyiv's response remains an open question. The extradition request is now under review.