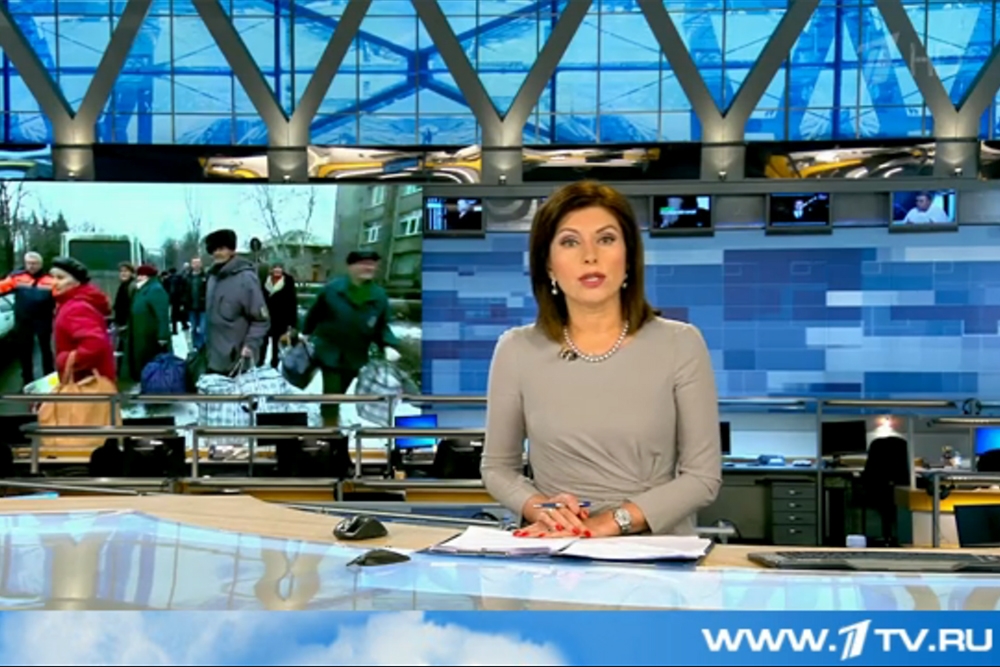 A fierce discussion broke out recently in a post office in Mândra, a village in central Moldova. The impromptu debate centered on the question of whether Russia deserves blame for the ongoing war in neighboring Ukraine.

As a news program aired on the Kremlin-funded TV station Perviy Kanal in an adjoining room, most of those involved in the discussion decided that Moscow should be cast as the conflict’s altruistic hero. After all, they explained, television news reports say so.

For other Moldovans, especially residents in the capital Chișinău, such sentiment can be cause for concern. Given that Moldova is dealing with its own standoff with pro-Moscow separatists, who control the breakaway region of Transnistria, some worry that Russia’s conflict with Ukraine could possibly embroil their own country.

Reports from Russian TV stations depicting Moscow and pro-Russian separatists in eastern Ukraine as valiant crusaders for justice have “become a real issue of national security now, more than ever,” said Dionis Cenusa, a political analyst at the Expert Group, an independent think tank in Chișinău. “Not only in one specific village, but across the country.”

Rebroadcasts from Russian TV channels account for about half of the programming on Moldovan cable networks -- outlets that reach an estimated 19 percent of the country’s more than 1.13 million households, according to official data. Access to Russia’s Perviy Kanal does not require cable.

By contrast, rebroadcasts of programs from Moldova’s cultural cousin Romania, a member of the EU, account for just 10 percent of cable programming, according to the Coordinating Council of Audiovisual (CCA), the Moldovan broadcast-regulatory body.

According to a 2008 study on media freedom in Moldova prepared by the Soros Foundation-Moldova, several factors are responsible for the widespread popularity of Russian channels. For one, programming on Moldovan TV is limited by tight budgets. In addition, widespread knowledge of Russian and a “tolerant” regulatory framework make Russian broadcasts more attractive. [Editor’s Note: The Soros Foundation-Moldova is part of the Soros foundations network. EurasiaNet.org publishes under the auspices of the New York-based Open Society Foundations, a separate entity in the Soros network].

In a country that receives most of its news from television, the popularity of the Russian channels has a noticeable impact on shaping public opinion.

In Mândra, 70 kilometers northwest of Chișinău, many residents wholeheartedly champion the line of argument about Ukraine that is espoused on Perviy Kanal, a channel that reaches an estimated 96 percent of Moldovan territory.

One 68-year-old woman, who gave her name as Maria, said that she had learned from the broadcasts that "Russia does a good thing and protects its citizens” in Ukraine. “It has to defend its people,” she added.

Some villagers would not object if Russia did the same in Moldova, one of Europe’s poorest countries. “Before, people could go freely to Russia. They had a place to work, but now we are poor and without any help,” noted 45-year-old Tatiana.

Polling data suggests that while Russian outlets may have a lot of influence, it may be waning. Forty percent of 1,200 respondents to an October 2014 survey for the International Republican Institute, a Washington, DC-based democratization group, blamed Russia for the Ukrainian conflict – an increase by 12 percentage points over a similar poll in June.

The Moldovan government has seemed ambivalent when addressing the questions of Perviy Kanal’s influence and the matter of rebroadcasts of state-controlled Russian outlets.

Last October, the CCA fined three TV stations (Prime, TV7, RTR Moldova) the maximum penalty of 5,000 leis (at the time, about $345), and briefly suspended advertising on a fourth, Ren TV Moldova, for rebroadcasting Russian programs that allegedly “had a strong anti-Ukrainian character” and misrepresented the actions of the Ukrainian government.

The move followed a six-month ban on Russia’s state-run TV station Russia24. The ban expired on January 1, 2015, and was not renewed. With Moldova’s new Westward-looking coalition government now dependent on support from the country’s formerly pro-Moscow Communist Party, further actions are not expected.

Compared with Ukraine’s ongoing ban on rebroadcasts of Russian state-controlled TV channels, Moldova’s measures are “almost a joke, if we look at their financial value,” scoffs Alina Radu, a media expert and editor-in-chief of the investigative newspaper Ziarul de Gardă.

“Moldova should be more firm,” she argued. “As Russia was firm when it imposed an embargo on our fruits, wine, meat” in 2006 and 2013 for Chișinău’s decision to sign an Association Agreement with the European Union.

The fact that Moldovan politicians have interests, financial or otherwise, in TV stations that rebroadcast Russian channels offers a partial explanation for the government’s ambivalent stance, Radu claims. Any agreement to restrict these rebroadcasts “means that they must fight with themselves, to destroy their own business, which is not convenient.”

The stations in question have not responded to the public criticism.

In Mândra, such questions of television influence are not seen as one of Moldova’s most pressing problems. “Poverty, unemployment, corruption … these are matters of national interest … not Russian TV channels," said 53-year-old resident Victor Pantelei.