Moldova: Moving Toward the EU 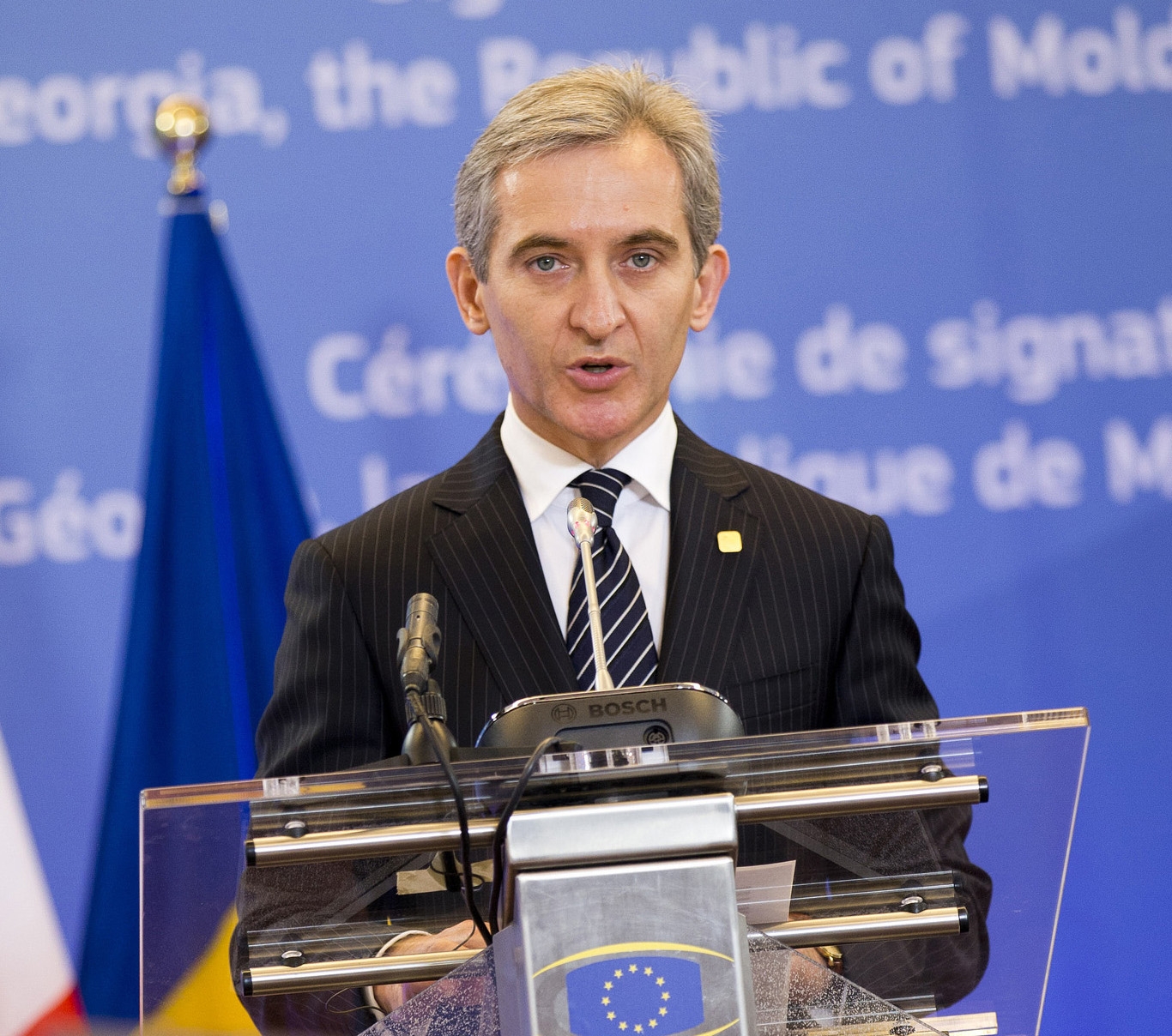 Moldova’s signature on an association agreement June 27 with the European Union keeps it on a path that has, over the last five years, brought the small, former Soviet republic increasingly into the EU's orbit, despite strong objections from Moscow.

For this landlocked country of just 3.6 million, sandwiched between Ukraine and Romania on the eastern edges of Europe, there is hope that the agreement will lead to greater prosperity, and perhaps, eventually, to full EU membership.

Yet over the short term, the country has to push forward with implementing tough reforms demanded by the EU, aimed at bringing the country more in line with EU standards. It also must brace for fallout in its relationship with Russia over signing the agreement. On a visit to Chișinãu, the Moldovan capital, last September, Russia’s Deputy Prime Minister Dmitry Rogozin warned that Moldova was making a “grave mistake” in pursuing closer ties with the EU, and hinted that Russia might cut Moldova’s gas supply, on which the country is 100-percent reliant.

On June 16, Russian Deputy Minister of Economic Development Alexei Likhachev told Russia’s state-run news agency RIA Novosti that Moldova cannot follow the regulations of both the Commonwealth of Independent States (CIS) and the EU simultaneously. "It will have to make some choice. And if it is in favor of the European system, then the CIS system will cease to be comfortable,” Likhachev said.

That could spell trouble. Moldova’s economy is currently worth just over $7.25 billion, and according to the World Bank, up to a quarter of that total comes from foreign remittances, primarily from Moldovans working in Russia. There is a real fear that Russia could restrict visa numbers in the future.

In a move seen by many as politically motivated, Russia in 2013 banned the import of Moldovan wine, along with other agricultural products, ostensibly on health and safety grounds. A similar 2006 ban on Moldovan wine decimated the industry. “They are trying to hurt us on purpose,” commented one winemaker in Chișinãu.

In recent years, Moldova has made efforts to diversify away from its previous reliance on Russian markets. The country’s exports to the EU increased from 41 percent in 2005 to 46 percent in 2013, according to official data. During the same period, exports to CIS countries shrank from 50 to 40 percent.

“Actually, the EU is the most important export market for the country,” noted Nicu Popescu, an analyst at the European Union Institute for Security Studies in Paris, and a former adviser to ex-Moldovan Prime Minister Vlad Filat. “Russia is important, but it is no longer vital. Sure, Russia can inflict damage on Moldova’s economy, but because of the previous embargoes it’s actually decreased its leverage.”

Over the last year, surveys in Moldova have shown public opinion shifting back toward stronger ties with Russia, but analysts believe that wish is not the most pressing desire, even among the country’s minority Russian-speaking population. “The single most important thing in Moldova is social [-economic] growth, and most Moldovans see the EU as a way towards that,” said Popescu. “Sure, a lot of Moldovans still see Russia as a better option to achieve this growth, but if they see visible improvements after this agreement, this feeling will go away.”

He added that problems seem more intractable with the separatist region of Transnistria, a pro-Russian, breakaway territory bordering on Ukraine that contains 1,500 Russian soldiers.

For many in Moldova securing a firm commitment to EU-style reforms, especially regarding political transparency and economic and judicial reforms, outweigh concerns about Transnistria. “The most important aspect of signing the agreement is that we as a country have to comply with EU laws and obligations,” said Alexandru Stratan, director of the National Institute for Economic Research, a public institute under the Academy of Sciences of Moldova. “We are forced to implement real structural reforms that are good for the country, but might be painful in the short-term.”

Most Moldovans see corruption as one of the major challenges to overcome. Moldova ranked 102nd out of 177 countries in anti-corruption watchdog Transparency International’s annual 2013 Corruption Perceptions Index. “Honestly, people here don’t expect much to change quickly after Friday. They don’t expect corruption to go away soon,” said Viorel Ignat, editor-in-chief of The Chișinãu Post, an online news portal. “But there is an understanding that we, as a country, do need to sign this and make these changes.”

Government officials, including the prime minister, believe they have already shown a clear commitment to implementing reforms, and that the country is on the path to full EU candidacy status -- potentially as early as 2019.

Deputy Foreign Minister Iulian Groza conceded that unresolved issues remain, but underlined that “We have been working towards this for the last four and a half years and have made good progress so far.”

“The agreement will help our country become more stable and transparent,” he added.

But others are more cautious about whether the agreement will lead to EU membership. “The mood in Moldova is that in the foreseeable future it could become a candidate, but no one knows,” said analyst Popescu. “It is difficult to make predictions on the EU.”

Kit Gillet is a freelance reporter based in Bucharest, Romania.