Moldova: No Support for NATO Involvement in Transnistria Dispute 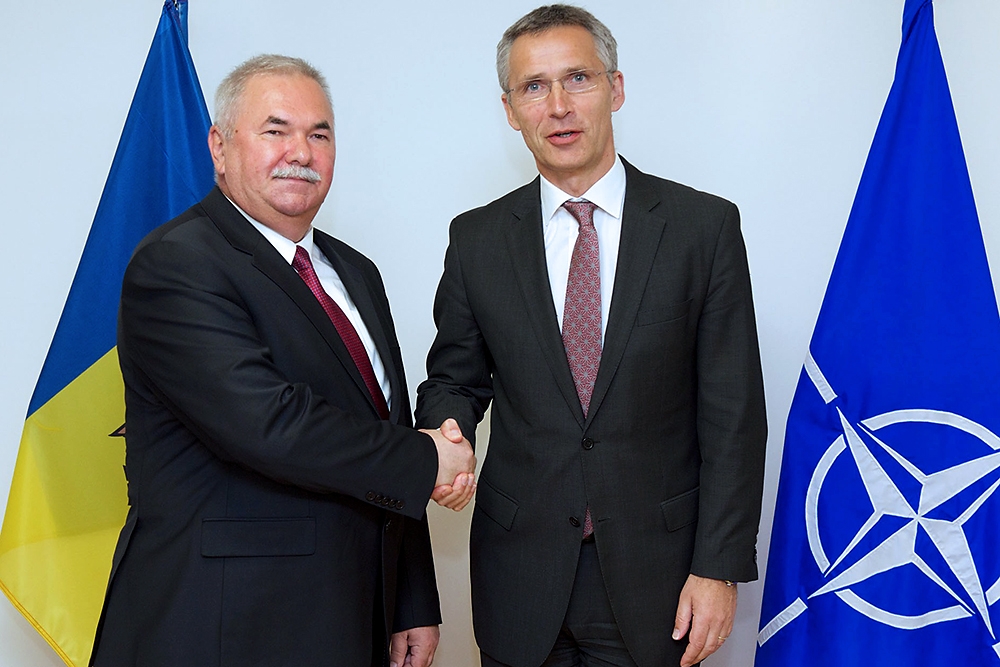 The North Atlantic Treaty Organization is seeing itself tested in one key area – how far the Alliance is willing to go to push back against Russia in the former Soviet republic of Moldova, on NATO’s borders.

A country of roughly 3.6 million people, Moldova initially watched Russia’s incursions into and takeover of territory in Moldova’s much larger eastern neighbor, Ukraine, with unease. Since 1992, Russian military units – officially, peacekeepers – have been stationed in Transnistria, a largely Russian-speaking area bordering Ukraine that declared its independence from Moldovan rule in 1990.

The ardently pro-Western Moldovan Defense Minister Anatol Şalaru argues that it is time these troops got out. At NATO’s Warsaw summit on July 9, Şalaru asked for the alliance to back an attempt to bring in “a multinational civil mission” to Transnistria, “while the Russian army and ammunition are evacuated from our territory, in compliance with its international commitments.”

In 1999, Russia committed itself to withdrawing its troops from both Moldova and Georgia. It justifies its ongoing presence in Transnistria by saying that its 1,500-some troops alone prevent the resumption of armed conflict with Moldovan forces.

Although the United States, NATO’s principal force, has reminded Moscow in the past of its commitment, the Alliance shows no sign of wanting to drive home the point now. But Şalaru has persisted.

At the July 25 opening ceremony for the American-Ukrainian-run Sea Breeze 2016 military exercise in the Ukrainian Black Sea port city of Odessa, he stressed that without NATO’s support neither Moldova nor would-be NATO members Ukraine or Georgia will be able to cope with Russian military aggression.

Yet, aware of NATO’s reserve, this time he broadened his meaning. “When I refer to the support of NATO, I am not referring only to the military dimension, but also the scale of values ​​that NATO is sharing and to which we are aiming also: a functional democracy, rule of law, market economy and citizens who feel safe.”

Moldovan political analyst Dionis Cenușă, however, sees no chance that the Brussels-based alliance, which, at Warsaw, punted on establishing a strong Black Sea presence, will now opt to get involved in a separatist conflict that involves Russia.

“[T]he defense minister’s request has zero value and although, of course, Şalaru’s message has a certain political value, its basic logic is shaky,” argued Cenușă, who represents the Expert-Group, a non-profit think-tank in the Moldovan capital, Chișinău.

“NATO is not in a position to force Russia to pull back its troops from the separatist region,” agreed Paul Ivan, a senior policy analyst with the Brussels-based European Policy Centre and former Romanian foreign ministry official.

NATO has increased its training cooperation with Moldova and devoted one paragraph in its Warsaw summit declaration to its support for Moldova’s defense and other reforms – a change from the past, noted Ivan. Yet, unlike for Georgia and Ukraine, the Alliance has no liaison office for Moldova.

While NATO member Romania, Moldova’s next-door neighbor, with whom it shares close economic and cultural ties, conceivably could promote Şalaru’s proposal, it has not indicated that it will. Romanian media, however, have covered his push for a Russian pullout from Transnistria.

Nor has the rest of Moldova’s government endorsed Şalaru’s proposal. Timing could be a large part of its reticence. After a failed attempt earlier this month, talks are ongoing about a Moscow-proposed “road map” toward restoring exports of Moldovan wine and fruit to Russia, once Moldova’s largest export market.

Tighter cooperation with NATO, arguably, would put a roadblock in that “map.” Russia earlier axed trade ties with Moldova over the latter’s closer ties with the European Union. Already scrambling to boost economic growth, the government has no desire to bring on additional trade worries.

How Şalaru views this lack of political support for his idea is not clear. The minister did not respond to EurasiaNet.org’s request for comments.

By comparison with the South Caucasus’ breakaway conflicts, however, the Moldovan government’s relationship with Transnistria is an unusual one. The region’s de-facto officials are allowed to fly in and out of Chișinău’s airport, as are Russian envoys traveling to visit the pro-Moscow regime in Transnistria’s main town, Tiraspol.

In turn, Transnistria’s separatists allow Moldovan ministers, including the prime minister, as well as ordinary Moldovans, to visit ethnic Moldovan villages under their control. Some villagers from Moldovan-controlled territory even opt to travel into Transnistria for grocery shopping.

Not only groceries can come from Transnistria; most of Moldova’s electricity does as well – transfers the Moldovan economy ministry deems “imports” since Transnistria does not use the Moldovan lei.

After 24 years, few Moldovans see anything peculiar about this. At the same time, most are not necessarily enthusiastic about building closer ties with NATO.

The most recent opinion poll shows that Moldovan support for the Euro-Atlantic alliance is far from robust. In a November 2015 survey, the bi-annual Barometer of Public Opinion, only 16 percent of 1,160 respondents stated that NATO membership “would be the best solution for ensuring the security of our country” – a figure only two percentage points above the 2014 number. Fifty percent of respondents preferred neutrality.

In an April survey by the same organization, 1,143 Moldovans ranked their children’s future, prices and unemployment, rather than war, as their largest concerns.

Moscow appears aware of that. Though Kremlin-loyal media have covered Şalaru’s proposal, no official has commented. Russia’s foreign ministry, however, termed “extremely dangerous” Şalaru’s 2015 claim that Russia is waging a “hybrid war” against Moldova via Transnistria.

Nonetheless, as “a state that considers itself a great power,” and Transnistria’s protector, Russia, which has no interest in NATO’s expansion, could still lash out over the proposal, Cenușă noted.

Ultimately, how to respond will not depend on NATO, emphasized Ivan. “How close NATO will be to Moldova or how present Russia will be in Moldova will mostly be a decision for the Moldovans and their political leaders to take,” he said.

The great paywall of Turkmenistan

Russia urges Afghanistan’s neighbors not to welcome US forces