Many mothers think it is “shameful” to educate their daughters about their periods. Trauma follows. 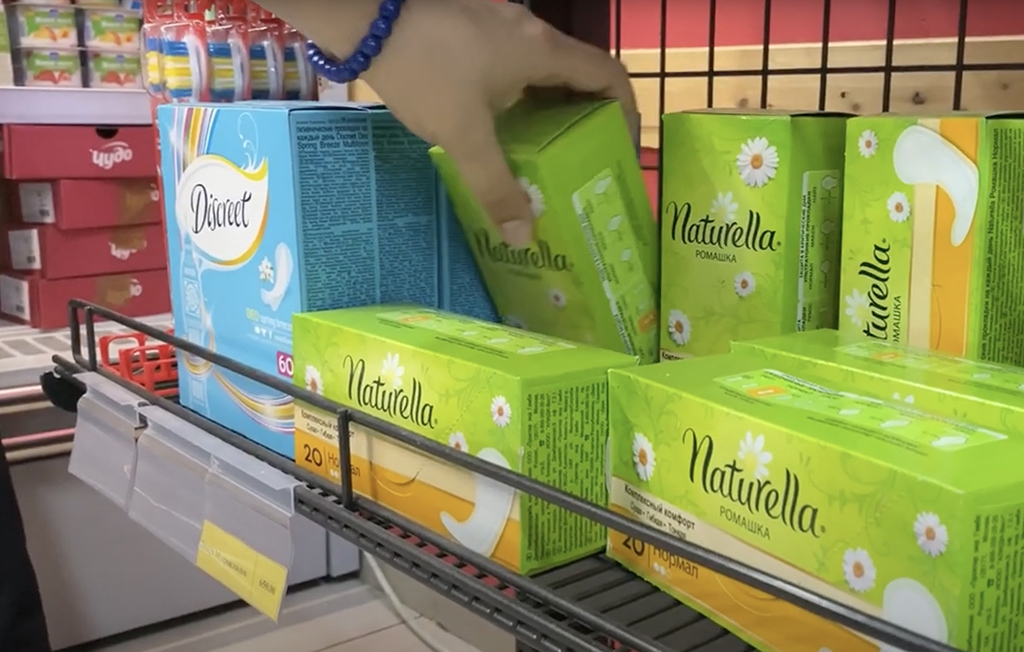 (photo by the authors)

Yelnaz was in the fifth grade when she thought she was about to die.

While watching television at home one evening, she suddenly felt a pain and noticed bleeding. Certain that her death was imminent, she wrote a farewell letter to her family and friends and carefully placed it in her bedroom.

Asselya Ilyasova, now a medical student, had heard bits and pieces about menstruation from her peers. She purchased pads, but didn’t know how to use them. When they leaked, Ilyasova thought something horrible was wrong.

“I didn't understand the reason why it was so uncomfortable and why the pads didn't help. I thought that [I was unique with] such problems and that I was a loser,” she recalled in an interview.

Kazakh mothers often do not prepare their daughters for the natural changes that inevitably happen to their bodies with puberty. The girls are left to find out on their own, suddenly, or learn with other girls who are also unprepared.

Yelnaz is now 20 and says she will tell her future daughter about menstruation.

“At dinner, I felt sick and I went to the bathroom for 20 minutes. Mom was scared for me. After returning, I burst into tears at the table. I told them that I was bleeding and had little time left to live. I told them I had placed a goodbye letter in my closet. Dad laughed. Mom got scared. They said it was normal and hugged me,” Yelnaz recalled.

We asked her mother why she didn’t prepare Yelnaz: "Because my mom didn't tell me and my grandma didn't tell her," said Yelnaz’s mother, who declined to give her name, arguing it is against tradition to discuss menstruation. She believes that speaking about it would be “uncultured,” a “shame.”

The concept of shame (“uyat” in Kazakh) plays a big role here. Hard to define, it tends to include any talk about a woman’s body or sexuality. Uyat discourages mothers from having frank conversations with their daughters.

One day at school, Anelya Omurzakova felt a strong pain in her abdomen. She assumed it was food poisoning and skipped lunch.

That evening, at home, Omurzakova found blood in her underwear. Her grandmother explained that she had had her period, but did not go into details. She didn’t even mention that the bleeding can be accompanied by pain. Not realizing the connection, Omurzakova skipped meals for a week.

These three girls are all from rural areas of Kazakhstan, suggesting that the topic of menstruation is more of a taboo in the countryside. To dig deeper, we conducted a live random survey of female students at our university in Almaty.

Half of the 50 girls we surveyed were from cities, half from villages. Of the village girls, 75 percent reported that their mothers had never told them about menstruation. In the city, the number was smaller: 50 percent of respondents had not heard about periods from their mothers.

In both the city and the country, 70 percent of the respondents first heard about menstruation from friends.

Gulzhan Batina, family psychologist from the northeastern city of Semey, advises Kazakh women to begin preparing girls before they reach puberty. The conversation, she says, should be held in an atmosphere of trust and peace. “If there is no such trusting relationship between mother and daughter, then you need to entrust this conversation to an older, more authoritative woman or sister,” she said.

Lilia Maukenova, a gynecologist from Almaty, suggests mothers begin their conversations by linking menstruation to the important role it plays in families, to emphasize that the process is a natural part of growing up.

"Mothers should start with the fact that a very important role for a woman is to [bear children],” Maukenova said. “Only then should they address the pain that can accompany menstruation.”