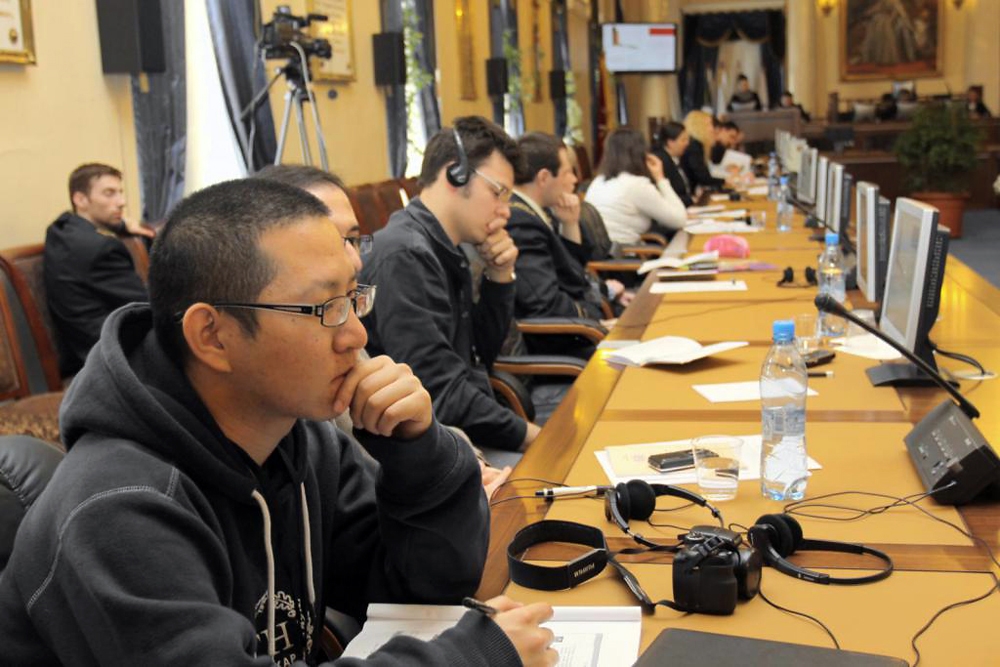 When Munkhtsetseg Enkhbat, a Mongolian language instructor at the National University of Mongolia, wanted to expand her knowledge in the related field of Manchurian linguistics, she decided to go abroad. But instead of heading to China, she enrolled in a doctoral program in Russia.

That decision might seem strange on the surface, but it made perfect sense to Enkhbat. “This is a center of Mongolian studies, and a Manchuria expert works here,” she said, referring to St. Petersburg State University, where she is doing her doctoral work. “Many famous scholars in this field spent their whole lives doing research in this university.”

Russia has traditionally been a magnet for Mongolian students seeking a higher education. Since 1922, over 60,000 Mongolians have obtained degrees in Russia, according to the Kremlin-sponsored Russian Center of Science and Culture in Ulaanbaatar. But since the collapse of communism, these ties have frayed, as a growing number of Mongolian students headed to Asia and the West for their higher education. Russia is no longer Mongolia’s only ally and link to the outside world.

In Mongolia these days, English has replaced Russian as the main foreign language taught in schools and universities. Interest in the Russian language has plummeted. In the 1990s, the country began retraining Russian-language teachers to teach English. In 2004, then-Mongolian premier Elbegdorj Tsakhiagiin, now the president, expressed a desire for everyone in the country to speak English. He later refined this idea into a more realistic national English curriculum, but the message was clear: English, not Russian, was the language of the future.

Despite these changes, Russia remains a destination for some Mongolians seeking an affordable higher education. And with Mongolia experiencing a major mining boom and rapid economic development, anecdotal indicators suggest that a Russian education is desirable again.

Ulambayar Dashkhorol, 21, went to St. Petersburg from Ulaanbaatar four years ago to study geology at the National Mineral Resources University. He followed what could be called a family tradition: his father works as a geologist, both his parents speak Russian, and he even attended a Russian-language high school in Mongolia. In this sense, he is different from many Mongolians who grew up after 1991.

In the past few years, there have been signs that other Mongolians are following Dashkhorol’s lead. When he first arrived in Russia in 2009, he could practically count the number of Mongolian students studying in his university on his two hands. Today, he says, numbers have increased three- or four-fold. Dashkhorol has no doubt that the increase is tied to the mining boom, but he notes that there are other factors that make Russia attractive.

“Our country isn’t very well developed,” he said. “Education in Mongolia just isn’t as good as it is in Russia. Here there are excellent teachers and technical colleges.”

It also helps that Dashkhorol studies for free. In recent years, the Russian government has increased the number of scholarships it provides Mongolian students to 300 annually (250 for undergraduates and 50 for graduate students). At any given moment, there are approximately 2,000 Mongolians studying in universities across Russia, for free. Several Mongolian students in St. Petersburg say they hardly know anyone who is paying his or her own way in Russia.

Yevgeny Mikhailov, the director of the Russian Center of Science and Culture in Ulaanbaatar, sees growing competition for scholarships. “Judging by the quantity of applications from young Mongolian men and women, we can see an increase in the number of young people who would like to receive an education in Russia and who would like to study Russian,” he wrote in an email to EurasiaNet.org.

A chance to study for free is not the only thing that attracts young Mongolians to Russia. Odkhuu Bulgantamir, 28, a master’s student in geology at the Mineral Resources University, was also impressed by Russia’s significant experience in mining and his university’s 240-year history. “If you know Russian, if you know a foreign language, another door to the world will open for you,” he added.

Bulgantamir is unsure whether Russian education will gain popularity as the Mongolian economy grows. He’s not the only one with doubts. Mongolian students admit that there are practical difficulties that come along with studying in Russia. Russian cities are expensive and students struggle to stretch their stipends to cover basic needs. And they are not allowed to work while studying. China, a country that also offers government scholarship for Mongolian students, allows them to work; the cost of living there is far cheaper, too.

The main test of Russian education may not be the cost or the popularity of the language, but whether the students feel they are getting a good education. For the most part, it seems they do. Even Enkhbat, who admits she has struggled to adapt to St. Petersburg and learn the Russian language, feels her decision placed her in an ideal academic environment. “Russia is one of the main sources of academic and scientific knowledge in the world,” she said. “The professors and researchers I work with here are Mongolia experts. They relate to me well and really understand me.”