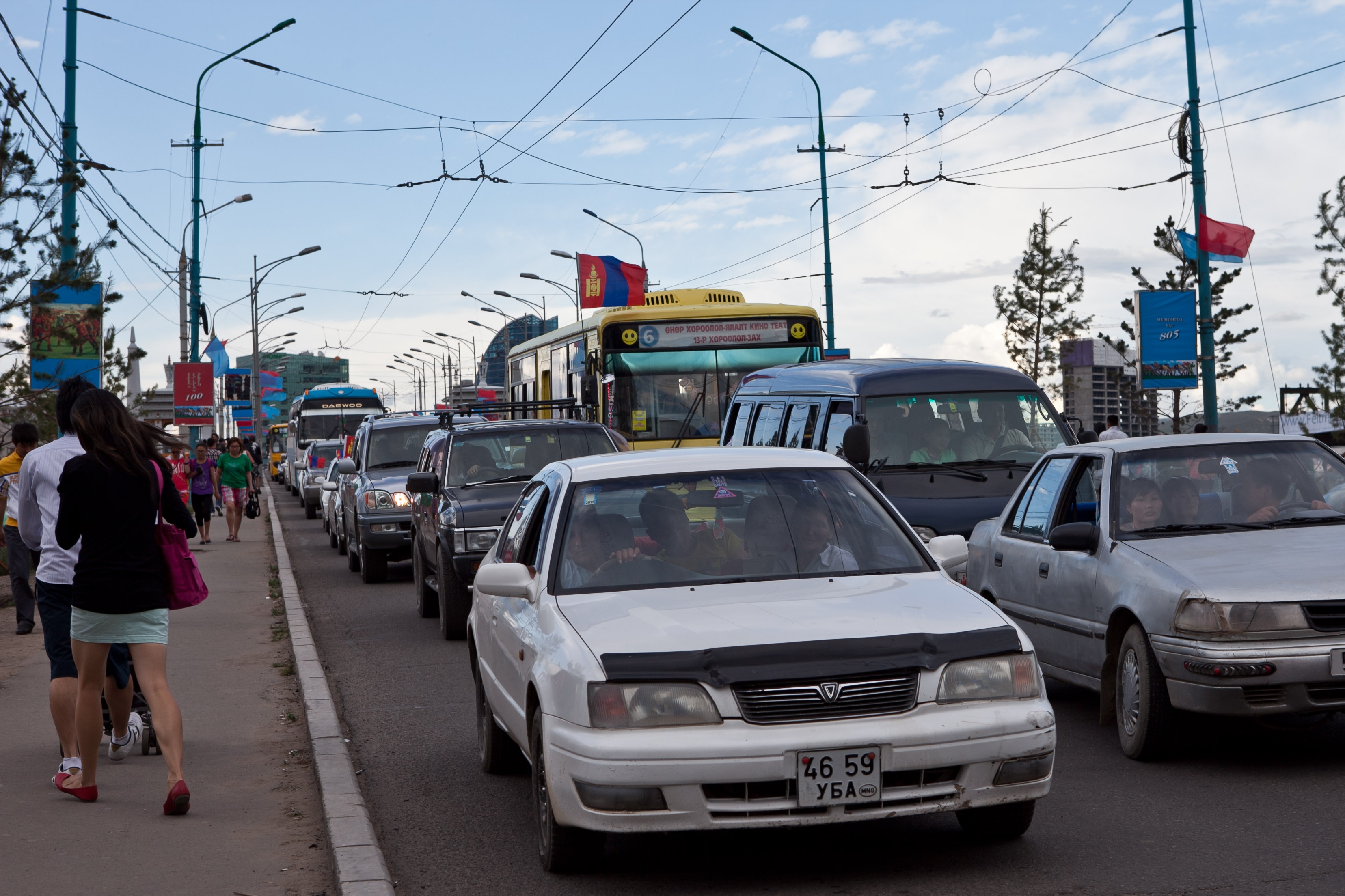 A surge in car ownership has come to Ulaanbaatar; so has dependence on Russian fuel. (Photo: Pearly Jacob)

A shortage of Russian-supplied fuel is underscoring Mongolia’s dependency on its giant neighbor. Some experts and officials in Ulaanbaatar are now sounding like European Union leaders in Brussels in publicly speaking out about a need to reduce their country’s energy reliance on Russia.

The Mongolian shortage first hit in May after Moscow, citing domestic shortages, raised duties on fuel exports by over 40 percent. Because Mongolia sources over 90 percent of its fuel from Russia, some gas stations were forced to ration out fuel to customers. Prices almost doubled overnight. Many observers suspected the Kremlin was playing a game that it has carefully honed over the years – using energy policy and exports to coerce economic and political concessions from vulnerable, neighboring states.

In Mongolia’s case, Russian pressure may be related to Tavan Tolgoi, the world's largest coking coal deposit. Ulaanbaatar is due to announce a tender winner this summer and the three short-listed bidders include Russian, Chinese and American companies. "There could not be a better time for Russia to halt oil exports and, in the meantime, for Mongolia to be reminded of its dependency on its northern neighbor," said a commentary on a local business website, mongolianeconomy.mn.

Because the shortage hit just as warmer days made outdoor work possible, mining operations and agriculture were immediately affected. In Ulaanbaatar, bus fares jumped by 33 percent and taxi drivers increased prices by roughly 20 percent. "I've lost more than half my passengers because more people seem to be taking buses now," said taxi driver Namjil Byambajav, commenting on the squeeze.

By late June, after hurried negotiations with neighboring China and fresh agreements with Russia, officials declared the situation under control. Beijing agreed to send 10,000 tons of fuel per month, while Russia's Rosneft promised another 50,000 tons per month.

Even so, not everyone is convinced the crisis has passed. Fuel prices are currently back to the same as before the crisis, but public transport fares remain inflated, as if anticipating another petrol price jump. The situation may not stabilize until September, when outdoor work slows and demand drops, says Gombo Erdenebayar, manager at New Star Energy, which runs a small chain of gas stations.

Erdenebayar believes the Mongolian government's rejection of a 2008 proposal from state-run Rosneft, Russia's largest oil company, to set up 100 gas stations in Mongolia could also have played a part in the Kremlin’s tariff policy. He acknowledged that Russia did experience a domestic shortage. But he remains convinced that, since his country’s fuel demand is relatively small, Russia’s chief intent with the tariff hike was to bully Ulaanbaatar.

Insecurity over Russia's “arm twisting” and dominance in the sector is justified, says Luvsandendev Sumati, political analyst and director of Sant Maral Foundation, a polling agency. "Russia has a very clear geopolitical strategy here. They are not hiding their interest in local energy resources and they will do whatever they can to uphold their stronghold here," Sumati told EurasiaNet.org.

In a turn of events that also likely displeased Moscow, Ulaanbaatar recently announced plans to stockpile petrol reserves and develop its first modern domestic refining capacity, a move that would bolster its energy independence. Unrefined crude oil is among the country's top five exports – Mongolia exported roughly 2.2 million barrels in 2010, according to government figures. All of its production was extracted by Chinese companies and was exported to China. Some estimates say the country has up to 6 billion barrels of recoverable oil.

"Mongolia had small refineries between 1949 and 1969. For 20 years we could produce up to 30 percent of our domestic requirement. We have oil, so why not now?" said Nanzad Boldkhuu, deputy director of fuel policy at the Ministry of Mineral Resources and Energy.

But there has been little progress on reestablishing refining capabilities, despite international interest. "Over the years, 17 companies have been given the license to build the refineries, but there are still many issues to settle like environmental impact assessments. … There has been no conclusive resolution from the parliament yet," admitted Boldkhuu.

In October 2010 Marubeni, a Japanese firm, signed an agreement with a local company for a $600-million project to build a refinery in Darkhan, 200 kilometers north of Ulaanbaatar, to be ready by 2014. But little is known of the project’s status. Marubeni refused repeated requests for comment.

Given the time required for the refining projects to kick off, for now the only option for Ulaanbaatar is to continue to broker deals with Moscow. "China will step in to help only if their investments here are affected. They barely have enough oil themselves. But to drive our cars, we'll still need Russia," said Erdenebayar from New Star Energy.