At the alliance’s summit in Madrid enlargement was a top agenda item, but Georgia’s accession prospects remain unclear. 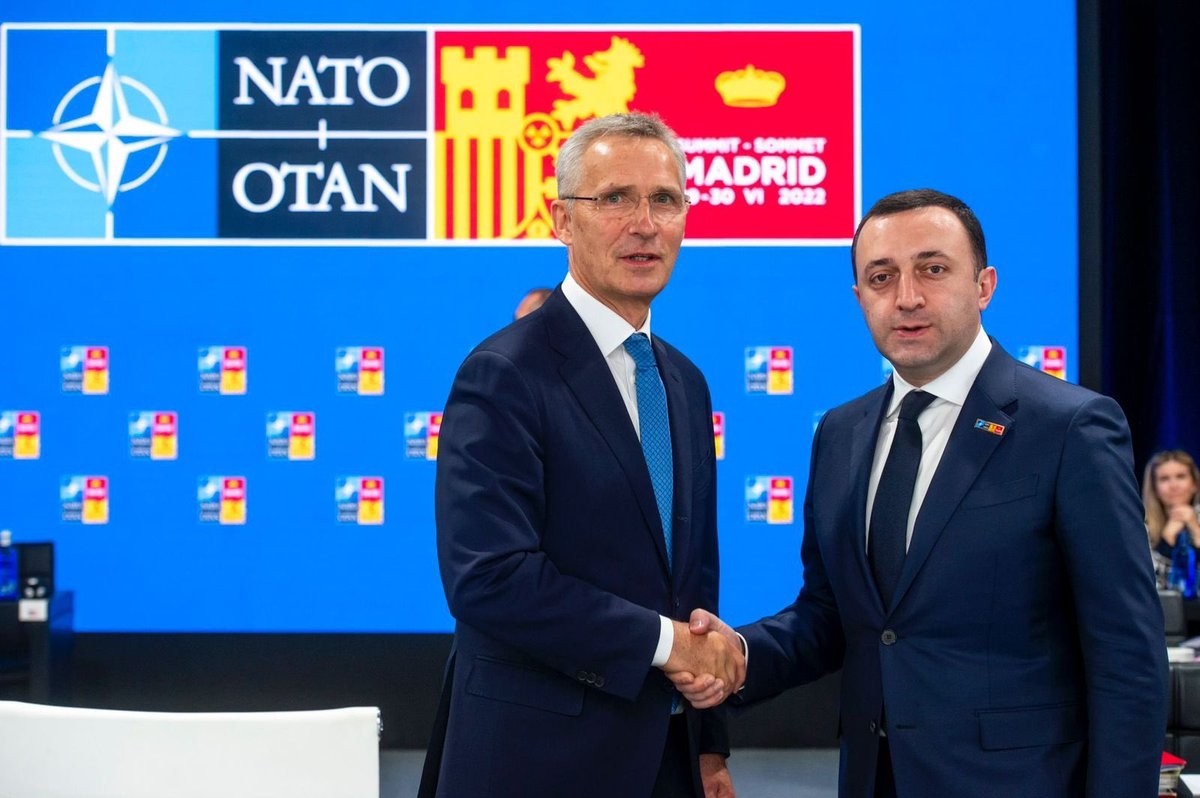 NATO has pledged to increase its support for Georgia in the wake of Russia’s war against Ukraine. But while the alliance is expanding to include two new members, Georgia is making little apparent progress toward its own membership aspirations.

At what NATO called a “historic” summit in Madrid on June 28-30, Georgia was promised more “political and practical” support.

“In light of the changed security environment in Europe, we have decided on new measures to step up tailored political and practical support to partners, including Bosnia and Herzegovina, Georgia, and the Republic of Moldova,” member countries said in the summit declaration. “We will work with them to build their integrity and resilience, develop capabilities, and uphold their political independence.”

At a June 29 press conference, Secretary General Jens Stoltenberg said that the increased aid would include “increasing Georgia's participation in NATO's cyber exercises, strengthening secure communications and help[ing] develop protection of critical infrastructure.” He said the alliance also would add additional personnel at a NATO liaison office in Tbilisi.

But as to when Georgia might attain its longstanding goal of membership, the alliance was noncommittal. At a 2008 summit in Bucharest, NATO pledged that Georgia (along with Ukraine) “will become members of NATO.” That pledge was reiterated, but not advanced, in Madrid.

“We stand by the decision we've taken [during Bucharest Summit] but we're not going to give any dates,” Stoltenberg said.

A new strategic document adopted in Madrid promised that NATO would continue to develop partnerships “with Bosnia and Herzegovina, Georgia and Ukraine to advance our common interest in Euro-Atlantic peace, stability and security.”

But it was two Scandinavian countries, Sweden and Finland, who were invited to join.

“We will demonstrate that NATO's door remains open by inviting Finland and Sweden to join our Alliance,” Stoltenberg said in his opening remarks to the summit.

Few in Georgia were surprised about the two Scandinavian countries jumping ahead of the former Soviet states, which have been waiting for much longer to join NATO. Finland and Sweden only abandoned their longtime neutrality this year, in the wake of the Ukraine war, to seek NATO membership. But they have no territorial conflicts with Russia, meaning no complications with the alliance’s mutual defense obligations.

NATO-supportive Georgians have felt bittersweet about what the Nordic expansion could mean for their own membership prospects. While it seems to signify that what has become known as the “Russian veto” on expansion is not absolute, possibly paving the way for other countries to join as well, some fear that opening one door could instead mean closing another if the alliance has decided it has expanded enough.

“We congratulate Finland and Sweden on being invited to join the Alliance,” the Georgian Foreign Ministry said in a June 30 statement. “Being the actual implementation of the Open Door Policy, this process is vitally important for Georgia as an aspirant country.”

Unlike the country’s recent failure to attain status as a European Union candidate, the NATO summit outcomes presented less of a frustration for Georgia as expectations were already low.

But given the changing geopolitical context and what Stoltenberg described as “a fundamental shift in [NATO’s] deterrence and defense,” Georgians are left wondering if they could still possibly benefit from heightened geopolitical significance. The new strategic document identified Russia as “the most significant and direct threat” to Euro-Atlantic security, a stark demotion from “strategic partner” in a previous similar document from 2010.

The document also named the Black Sea region as being of “strategic importance” for NATO, pledging continued support for the “Euro-Atlantic aspirations of interested countries in these regions.”