More Russian Conspiracy Theories on U.S. In Central Asia... Or Are They? 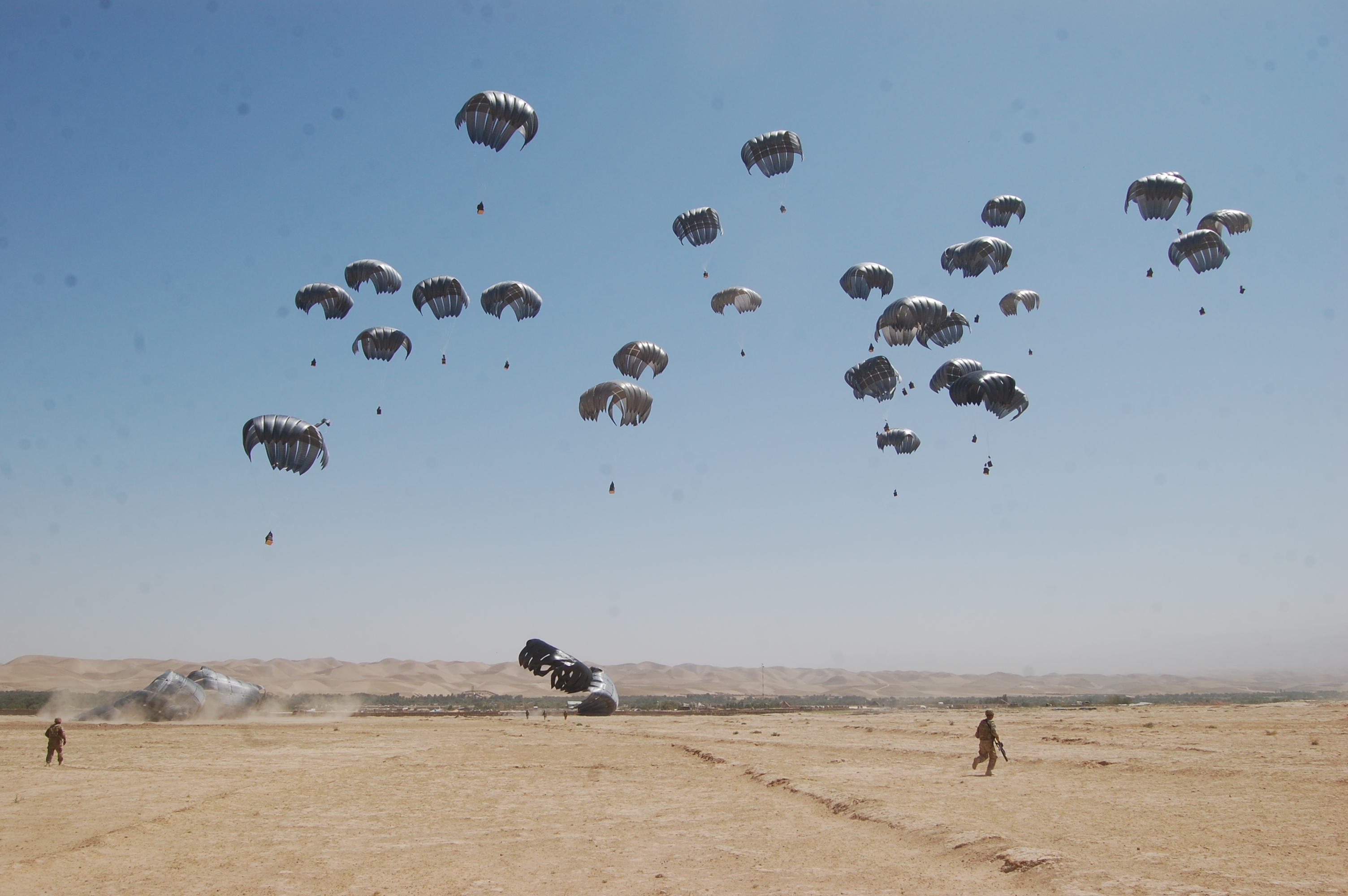 In the wake of the U.S.'s announcement that it is moving its air base in Kyrgyzstan to Romania, the conspiracy theories continue to be propagated -- even in relatively respectable Russian analytical and official circles. A couple of weeks ago, The Bug Pit looked at one popular conspiracy theory: that the U.S. wasn't in fact leaving Manas, but was involved in an elaborate deception to cover up its aims of setting up a state-of-the-art intelligence-gathering operation in Kyrgyzstan.

But that's not the only theory being mooted as the "real" explanation for what the U.S. is doing (moving operations to Romania, if you're naive enough to believe the Pentagon). A piece in the Russian Ministry of Defense newspaper Krasnaya Zvezda, entitled "The Pentagon Intends to Stay," suggests that the withdrawal from Manas is merely a tactical retreat, and that the U.S.'s strategy in Central Asia is "to leave, in order to stay." According to this analysis, the small training centers that the U.S. has set up in Tajikistan and had planned to set up in Kyrgyzstan, as well as the military supply routes of the Northern Distribution Network, represent a foothold that the U.S. can use to maintain influence with a smaller footprint.

But that piece is relatively measured. Other analyses get more specific, and a lot more conspiratorial. One theory is that the U.S. is moving to Aktau, on Kazakhstan's Caspian Sea shore. This theory is promulgated by a number of people, including analyst Nikolay Bobkin, writing for the Russian think tank Strategic Culture Foundation.

The U.S. is actively seeking a place for its military base in Central Asia. So, getting approval for the use of a base in Aktau would be one of the possible compensations to the Americans for the loss of their base in Kyrgyzstan. Moving from Manas to Aktau, by the Americans' calculations, would not only mean a shorter route for transport, but also damage the position of Russia in the region, weakening the SCO, the CSTO, and the Customs Union.

The U.S. embassy in Astana actually refuted this allegation, arguing that the military transit through Aktau (which has never been a secret) is of a "purely commercial character" and that of all the equipment the U.S. is shipping out of Afghanistan, only about one percent goes through Kazakhstan.

Assurances from Washington that the Americans are constructing only a transit center in Aktau seems, more likely, like a cover for the solution of a different task: securing a military presence for the U.S. immediately on the border of Russia. The distance from Aktau to Astrakhan is 363 kilometers, 40 minutes flight on a passenger aircraft. The placement of a contingent of American military forces here would be an unprecedented stop. Americans would thus very much like to demonstrate to the whole world their disdain for Russia's role in the Caspian region and create a policy to gain access to the oil and gas resources of the Caspian.

Another theory involves southern Kyrgyzstan. Well known analyst Alexander Knyazev, writing in Nezavisimaya Gazeta, suggests that the U.S. and NATO are setting up some sort of base in the remote Batken region of Kyrgyzstan's Fergana Valley, bordering Uzbekistan and Tajikistan. He writes:

The main center of the U.S. and NATO's military presence is being transferred to the south of Kyrgyzstan. The main place of interest for the U.S. and NATO is the Batken region. Two comfortable hotels are being constructed with funds from USAID (the Altyn-Beshik and Altyn Ordo), equipped with all means of communications, special-purpose gyms and so on... [the Russian phrase translated literally as "special-purpose" is usually associated with military special operations forces.]

In Batken, Western NGOs are actively working, especially British and Americans, in total around 50 organizations. Just from the American Peace Corps there are more than 70 people in Batken -- Americans, British, Irish, Canadians... And, let's say, the head of the military department of the OSCE in Bishkek Ross Brown (a staff officer of MI-6), in conversations with experts about why the maximum activity of the OSCE is directed toward the south, answered simply: in the north of Kyrgyzstan Russian influence prevents it.

The placement of U.S. and NATO military objects in Bakten would be facilitated by its isolation from the rest of Kyrgyzstan. The connection of this region with Osh is objectively difficult, the main road passes through Uzbek enclaves... In the case that their presence in the region is protracted, Batken could become fully cut off from Kyrgyzstan and come fully under the control of the U.S. and NATO.

It's well established that where the Peace Corps goes, U.S. military bases follow not far behind.

All this sounds pretty farfetched. And yet! And yet! The Pentagon just issued a tender for contractors to carry out aerial drops of supplies to forces in Afghanistan, Kyrgyzstan, Pakistan, and Uzbekistan. The solicitation doesn't include any information about what need there might be to air drop supplies into Kyrgyzstan and Uzbekistan, and the ten airfields which contractors would be expected to use were all in Afghanistan. I got in touch with U.S. Transportation Command, who issued the tender, and they referred me to Combined Joint Special Operations Task Force Afghanistan. A spokesman for that group told The Bug Pit that "The inclusion of various countries in a contract provides options for commanders, such as an emergency landing for example, but does not necessarily correspond to where the aircraft would fly on a routine basis" and that "to date, USFOR-A has not conducted a single air drop mission in Kyrgyzstan or Uzbekistan." But why would aircraft based in Afghanistan, carrying out missions in Afghanistan, need to make emergency landings in Uzbekistan, much less Kyrgyzstan, which doesn't even border Afghanistan? Pressed further, the spokesman said he was "not going to come up with hypotheticals... beyond the example I provided." The plot thickens...