The game was born in a Soviet computer lab, but this is how it became an international sensation. 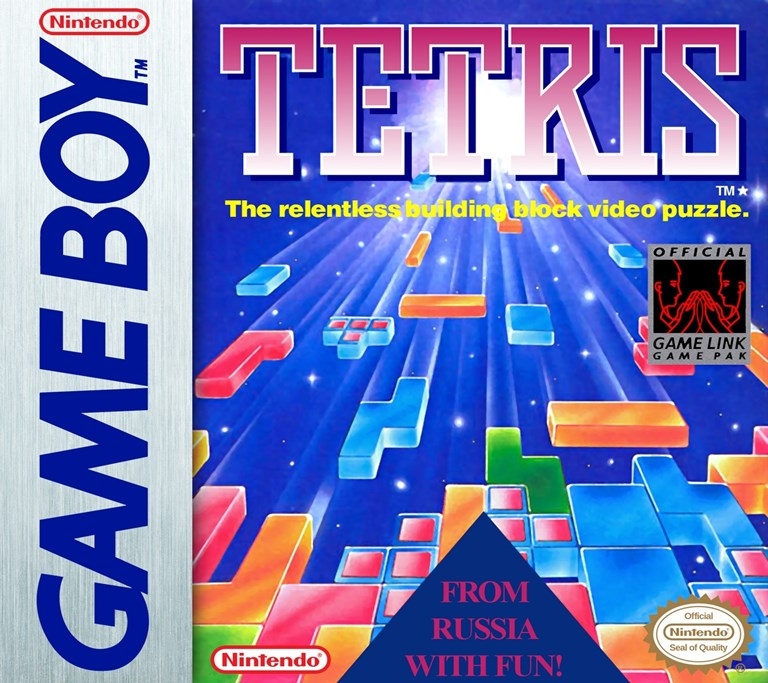 This post is from OZY’s “Around The World” project. Check out more here.

The Cold War was in its final stages, and Moscow was a drab place to build a life. But that’s where mathematician Alexey Pajitnov lived with his family in 1984, working as a researcher at the Dorodnitsyn Computing Centre, part of the Soviet Academy of Sciences. Computers were scarce, and Pajitnov enjoyed programming, even though his Elektronika 60 couldn’t display particularly sophisticated graphics. Still, it could handle the little games he developed to test his experiments.

One project was based on a puzzle called pentomino that he’d enjoyed playing as a kid. It involved players piecing together shapes made of five blocks. Pajitnov’s spin was having the blocks fall from above, forcing the player to quickly arrange them. His blocks were made of four units rather than five, so he used the appropriate Greek prefix “tetra” (meaning four) as its namesake: He called it Tetris.

Gaming in mid-1980s Europe was primarily done on computers, as Japan and the U.S. had stronger console markets due to their manufacturing prowess. But Tetris was instead passed around among Pajitnov’s colleagues at work and math conventions, as only those with access to computers could play it. There was no real software market in Russia, so the game was copied across floppy disks. Today, Tetris is everywhere. But at the time, the only way to get it was to know the right people.

All that was about to change. Robert Stein, a salesman from the London-based software company Andromeda, spotted Tetris at Hungary’s Institute of Computer Science in 1986. From the moment he saw the game, he knew it had enormous commercial potential, so Stein personally contacted Pajitnov and made an agreement to distribute Tetris internationally. He began selling it to software publishers in the U.K. and U.S., a daisy chain of licenses that eventually made its way to Atari, which started work on a home console version. There was one small problem: Stein’s deal was illegal.

Pajitnov didn’t understand the situation he was in at the time. “Nobody gave a shit about this stuff, you know — a small, little game,” he told the BBC. “The computer center was pretty busy with the serious kinds of differential equations of outer space or nuclear war. Games were something absolutely alien for them.” He was content with the idea of it being freely passed around by like-minded hobbyists just looking for new ways to use computers. But Stein changed everything: Tetris was an intellectual property now.

Legally, Tetris was under ownership of the Soviet government. A contract had indeed been agreed upon for Stein to distribute Tetris, but only versions for computers, not other gaming platforms. Further distribution rights would require new deals. But he believed he had full rights to distribute Tetrisanywhere and was already firing off licenses.

Dutch-born Henk Rogers was another salesman who also became fixated on the rights to Tetris. He was scouting out something to help toy company Nintendo launch its upcoming portable game system, the Game Boy, when he saw the hypnotic blocks at the 1988 Consumer Electronics Show in Las Vegas.

Rogers got in touch with Stein to license the software but soon found out about Andromeda’s illegal distribution rights. With Nintendo’s blessing to secure the home console and handheld rights by whatever means necessary, Rogers discovered that the means necessary was … making a new friend. During this time, Rogers and Pajitnov developed a fast friendship — Rogers got to know the Russian’s family, and Pajitnov features in home videos the salesman made of his travels.

“The game was vitally important to the growing detente between the West and the USSR in the mid/late ’80s,” explains Dan Ackerman, author of The Tetris Effect. “It was the first Russian popular culture export many in the West had experienced, and in fact the game was explicitly sold with a ‘from behind the Iron Curtain!’ pitch.” Not only that, but the explosive success of Tetris woke up the USSR’s creative class to the possibilities of such endeavors — and to the idea that without a right to their intellectual property, they could create an international sensation and not be entitled to a ruble of it.

The Soviet government was increasingly defensive of Tetris and immensely suspicious of the sparring companies. But seeing Rogers’ sincere efforts to make negotiations directly with the government — and his close personal friendship with Alexey Pajitnov — the Soviets favored Nintendo. Atari’s lawsuits to regain the rights were to no avail.

“Without the Game Boy, it’s hard to imagine how Tetris would have cemented itself in popular culture to the degree it has,” explains Tristan Donovan, author of Replay: The History of Video Games. “There were plenty of other puzzle-type video games back then and almost none of them are remembered now. The Game Boy … took Tetris from a popular game and made it into an iconic game.”

By 1989, a new contract was written that definitively bestowed distribution rights to the console and handheld versions of Tetris to Nintendo. Meanwhile, the friendship between Rogers and Pajitnov grew stronger, eventually leading the Russian to relocate his family to the U.S., where he continued to make puzzle-based games for Nintendo and even Microsoft.

In 1996, 12 years after he created Tetris, Pajitnov reclaimed ownership of the rights and formed the Tetris Company, along with his old friend Henk Rogers. From then on, Tetris’ creator could finally receive royalties from his invention. During the time Russia owned the rights to his creation, Pajitnov lost what’s estimated to be around $100 million in potential royalties. But given that Tetris has sold an estimated 495 million copies, things probably stacked up in his favor.