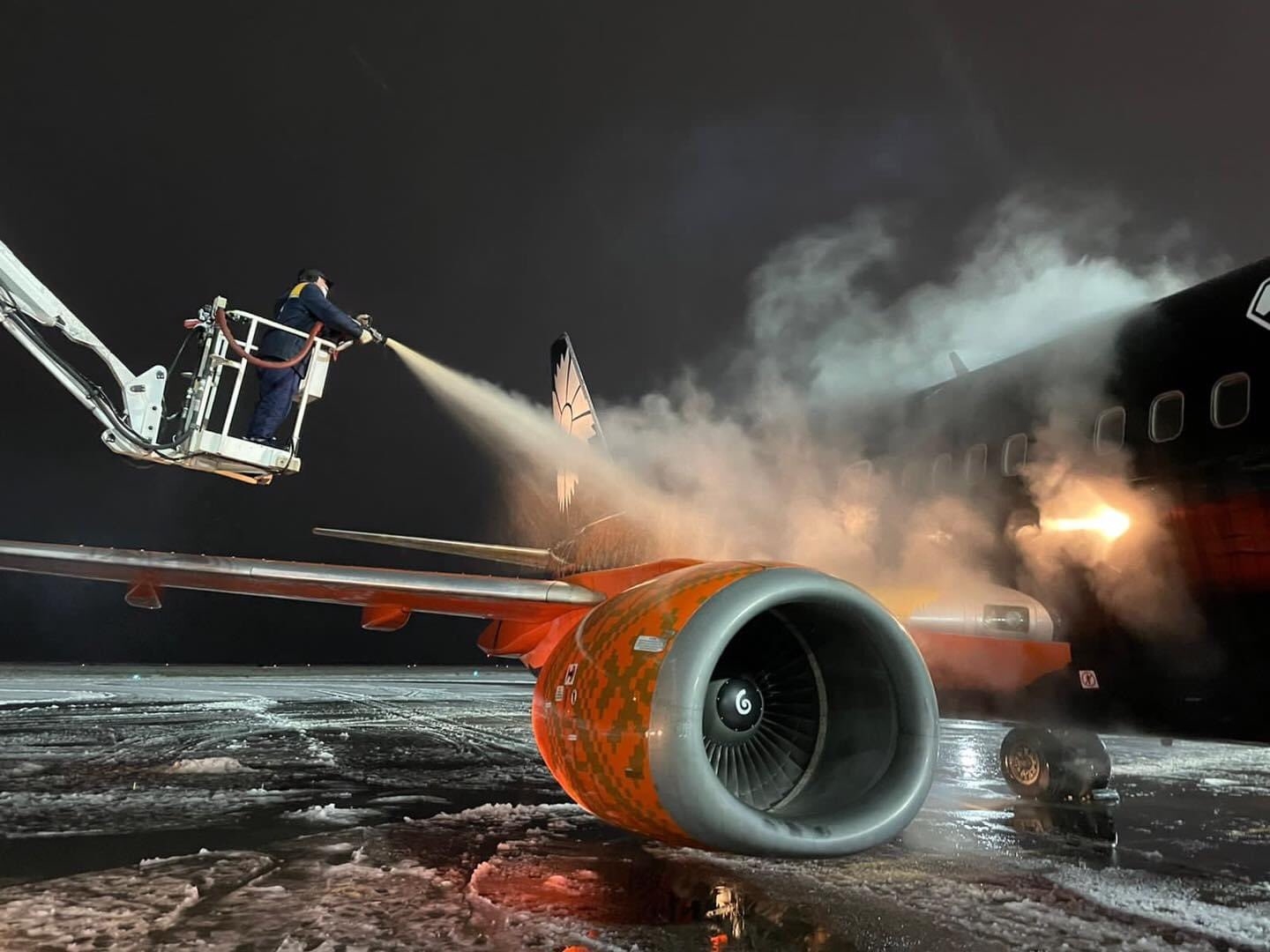 Flights between Russia and Georgia have not taken off for more than three years, but they have still managed to cause turbulence in Tbilisi.

In 2019, following anti-Russian protests in Tbilisi in response to the controversial appearance of a Russian MP in the Georgian parliament, Moscow unilaterally banned direct flights between the two countries, citing concerns for the safety of Russian citizens.

Since then, Russia has repeatedly raised the prospect of resuming air travel, annoying Georgians who see it as a manipulative attempt by Moscow to stir emotions and exert influence over their country.

But it only became truly controversial a few days ago, when provocative remarks by Russian Foreign Minister Sergey Lavrov were met with a soft response from Georgian ruling party leaders, adding to already flaring sensitivities in Georgia.

"I am glad that our contacts with Georgia are actively developing. Georgia's GDP grew by 10 percent in 2022, largely thanks to tourism and trade relations with the Russian Federation," Lavrov said at a January 18 press conference in response to a question posed by Georgia's far-right, pro-Russian Alt-Info TV. "I hope that we will soon be able to resume direct air links as well."

Georgia's economy, and its economic links to Russia, are indeed growing partly as a consequence of Russia's war against Ukraine. This is connected to the massive influx of Russians fleeing mobilization or the effects of sanctions and repressive state measures, as well as Georgian buyers taking advantage of tanking prices on Russian commodities.

Lavrov further praised Tbilisi for not succumbing to Western "pressure" to impose sanctions against Russia. "The fact that a small country and its government has the courage to say that they will be guided by their own interests, by the interests of their own economy – that inspires respect," he added.

Lavrov's praise was not well-received among Georgians who were already critical of the government's cautious stance vis-à-vis Russia. And the response of Irakli Kobakhidze, chairman of the ruling Georgian Dream party, added fuel to the fire.

"If flights will resume, this is important for our fellow citizens and, of course, it only will be welcome," Kobakhidze said in a January 19 interview with Imedi TV, citing the interests of "up to a million" Georgian nationals living in Russia.

The comments elicited a backlash, with critics seeing the party chief’s stance as flirting with Moscow amid Russia's continued murderous war against Ukraine.

Among the fiercest critics was the largely figurehead president, Salome Zourabichvili, who, while generally agreeing with Tbilisi's cautious approach to Russia, has occasionally criticized the ruling party's rhetoric.

"I do not welcome the resumption of flights with Russia! When all of our partner countries, in word or deed, show maximum solidarity with Ukraine in its self-sacrificing battle, for me and, I am certain, for most of the public, the position of the government and the ruling party is incomprehensible, to put it mildly," Zourabichvili said in a January 20 statement.

The president also dismissed Kobakhidze's concerns about Georgians residing in Russia. Zourabichvili said that for months she has tried unsuccessfully to ease the procedure of attaining Georgian citizenship, which she said was a bigger concern for Georgian expats.

She said the flight resumption issue was a matter of Russia resorting to its "old tricks" in order to "drive a wedge between us and our Western partners."

Georgian Dream leaders have repeatedly cited the welfare of Georgian migrants and ethnic Georgians residing in Russia to defend their accommodating positions towards Russia.

These have included their refusal to impose economic sanctions against Russia and rejection of stricter travel rules for Russian citizens amid the Ukraine war. The government has also claimed that ethnic Georgians account for a large portion of the Russian citizens who have settled in the country recently.

Russia is known to host the largest population of Georgian migrants, with the United Nations estimating their number at around 450,000 as of 2020. The total number of ethnic Georgians and Georgian citizens currently living in Russia is believed to be more than that but remains contested.

Back in 2019, when the flight ban was imposed, the biggest concern was not the interests of Georgians in Russia but the shock that was to be delivered to Georgia's tourism-dependent economy.

But with the land border remaining open and indirect flights through other countries still possible, the drop in the months that followed was not dramatic – until the pandemic dealt a blow to all international travel.

And over the last year, too, the absence of direct flights did nothing to stem the tide of those fleeing mobilization, nor the apparently growing number of vacationers opting for Georgia amid the absence of alternatives, leading the numbers of visits of Russian citizens in the third quarter of the year to skyrocket, even surpassing 2019 numbers.

Two of the more prominent foreign diplomats accredited in Georgia have weighed in on the matter.

U.S. Ambassador Kelly Degnan said she did not think that it was a priority for Georgians and was not aware of troubles facing Georgians living in Russia due to the ban.

And Andrii Kasianov, Ukraine's chargé d'affaires, said a further influx of Russians would bear risks for Ukrainians living in Georgia.

“In the event of the resumption of direct air links and an increase in real security risks, I would like to say that today the embassy does not rule out the possibility of turning to international organizations and our international partners to consider providing assistance with the mass evacuation of Ukrainian citizens from the territory of Georgia,” Kasianov said in an interview with Ukraine's Evropeyskaya Pravda on January 24.

Correction: Changed "millions" to "up to a million" in Kobakhidze's quote.