Nagorno-Karabakh: Are Baku and Yerevan Getting to Yes, or Going Nowhere? 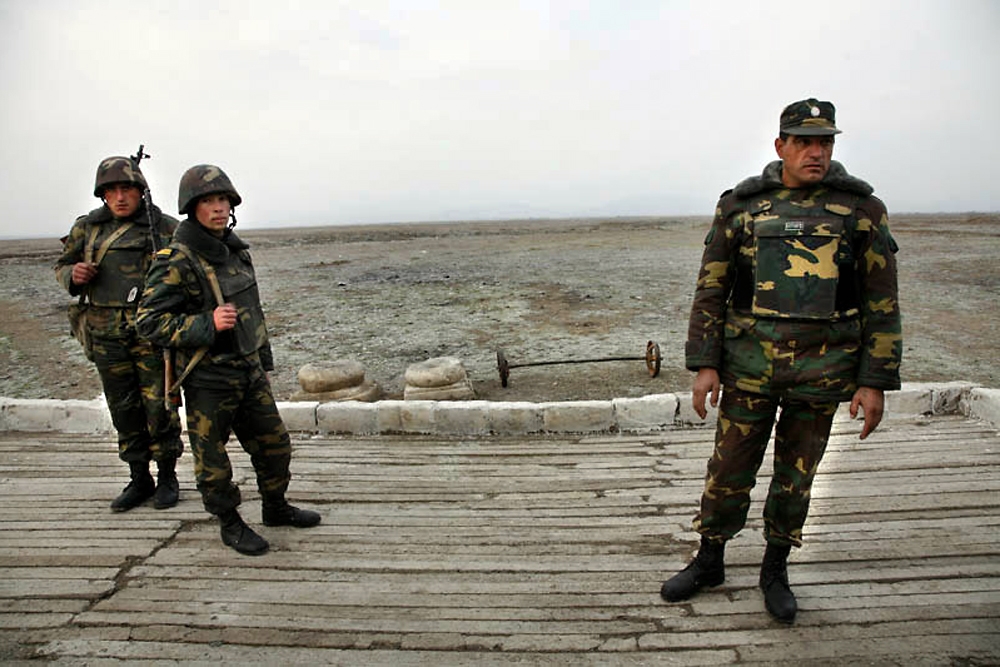 Once again, Azerbaijani President Ilham Aliyev and his Armenian counterpart, Serzh Sargsyan, failed during their recent summit to reconcile their differences on the Nagorno-Karabakh peace process. If this is starting to sound familiar, it should. The two countries have spent almost four years getting nowhere on finalizing the supposed “basic principles” for a Karabakh peace deal.

Ironically, given their track record, international expectations for Aliev’s and Sargsyan’s June 24-25 summit in the Russian city of Kazan ran unusually high. Like any master of ceremonies, Moscow and obliging Russian media encouraged those expectations; Russia’s Foreign Ministry, in fact, predicted that the get-together could prove “a milestone for a breakthrough in the Nagorno-Karabakh conflict resolution.”

But the breakthrough didn’t happen. The blame game, though, continued. Armenian Foreign Minister Eduard Nalbandian claimed that Baku’s surprise introduction of a dozen changes to the “basic principles” was the reason why the talks fell flat. Meanwhile, Azerbaijani Foreign Minister Elmar Mammadyarov countered that Aliyev and Sargsyan were unable to compromise on “some key issues” because “the Armenian side demands the maximum compromises from Azerbaijan,” the Trend news agency reported. Neither diplomat provided details that could support their respective contentions.

The “basic principles,” proposed in 2007, provide for the return of areas surrounding Karabakh to Azerbaijani control, and the establishment of a land corridor between Armenia and Karabakh. The region itself would have an interim status, until a referendum would determine its ultimate status. Internally Displaced Persons, a category largely made up of ethnic Azeris, would be free to return to their homes in the territory.

Yet if the proposed principles proved to be a stumbling block, some predictable areas for agreement did emerge. Both sides underlined their willingness to continue with the talks. Azerbaijani Foreign Minister Mammadyarov assured Trend news agency that both Aliyev and Sargsyan “intend to work hard” on a peace deal, while Armenian Foreign Minister Nalbandian observed in an official statement that there is “no other way” to reach an agreement.

Aside from these assurances, the summit ended with a joint statement that both sides had reached “a mutual agreement upon a range of issues.” Details were not provided.

One Azerbaijani analyst argues that part of the reason for the Kazan meeting’s failure is that the two sides remain far apart on the talks’ fundamental question -- how to resolve the ultimate status of Karabakh.

“The positions of Baku and Yerevan are still very different,” commented Elhan Shahinoglu, head of Baku’s Atlas Research Center. “The Armenian side puts the question on the terms of the referendum in Nagorno-Karabakh [on independence from Azerbaijan], while Azerbaijan would never agree to [that].”

Instead, Azerbaijan favors a deal similar to that between Rome and Italy’s autonomous, majority-German-speaking province of South Tyrol, Aliyev told Euronews on June 23. Stressing Baku’s “large financial resources,” Aliyev claimed that “it would not be a problem to launch serious economic and social programs for Nagorno-Karabakh.”

Such a prospect would contain few charms for Armenia, which sees itself as bound by ethnic and historical ties to retain some role in the majority-ethnic-Armenian region. Sargsyan himself is a Karabakh native who headed the breakaway region’s fighting forces from 1989 until 1993.

Getting Armenia to yield on such points would require significant encouragement; former Azerbaijani presidential foreign policy aide Vafa Guluzade argues that the United States, France and Russia have not done enough to put “serious pressure” on Armenia. “It makes Yerevan confident enough to block a peace deal,” Guluzade alleged.

Independent Armenian political analyst Yervand Bozoian directed some criticism at the talks’ host, Russia. “No doubt, Russia could have played a bigger role in terms of reducing tensions, but it cannot impose [its position],” said Bozoian.

Some foreign analysts fear that fatigue with the negotiations could lead to an exploration of military options for resolving the conflict. At a post-summit military parade held for Azerbaijan’s June 26 Army Day, President Aliyev repeated past assurances that Azerbaijan’s “territorial integrity will be restored by any means.”

Many in the West have taken such pronouncements – and Azerbaijan’s accompanying military build-up – as a worrying omen. But Guluzade disagrees. Azerbaijan may be “really strong now,” but “we cannot confront the superpowers” by getting into another war with Armenia and Karabakh separatists, he said.

Some Armenian observers say representatives of Karabakh’s de facto government should be given a voice in the peace process. The breakaway territory was excluded from the talks at Azerbaijan’s insistence. Negotiations will remain deadlocked so long as Karabakh representatives are kept on the sidelines, one Armenian analyst predicted. “[T]he one clinging to the status quo is the one protesting against Karabakh’s return to the negotiation table,” foreign policy expert Karen Bekarian said at a June 25 Yerevan news conference, referring to Azerbaijan. “Until that happens, the talks will proceed following the same logic.”

Azerbaijani foreign policy analyst Tabib Huseynov expressed hope that the two sides somehow narrowed their differences, even if the participants are reluctant to discuss it. Even “[i]f we do not see concrete results from the Kazan meeting, it does not mean there are no results,” Huseynov said.