Nagorno Karabakh: At Peace on a War Footing 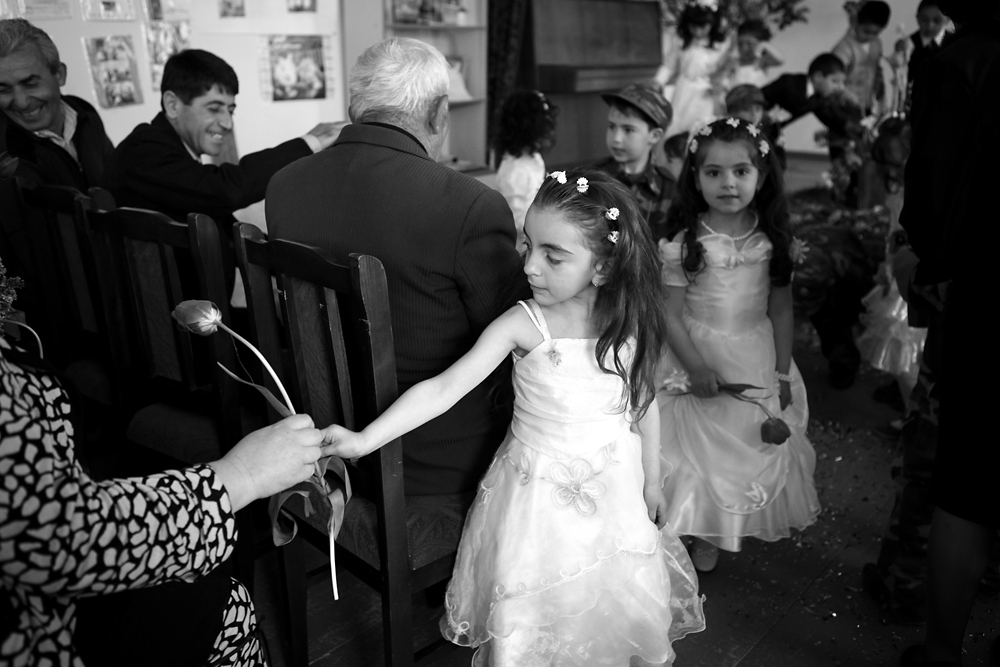 Girls hand out tulips during a celebration to commemorate the capture of Shusha, called Shushi within Karabakh and Armenia. 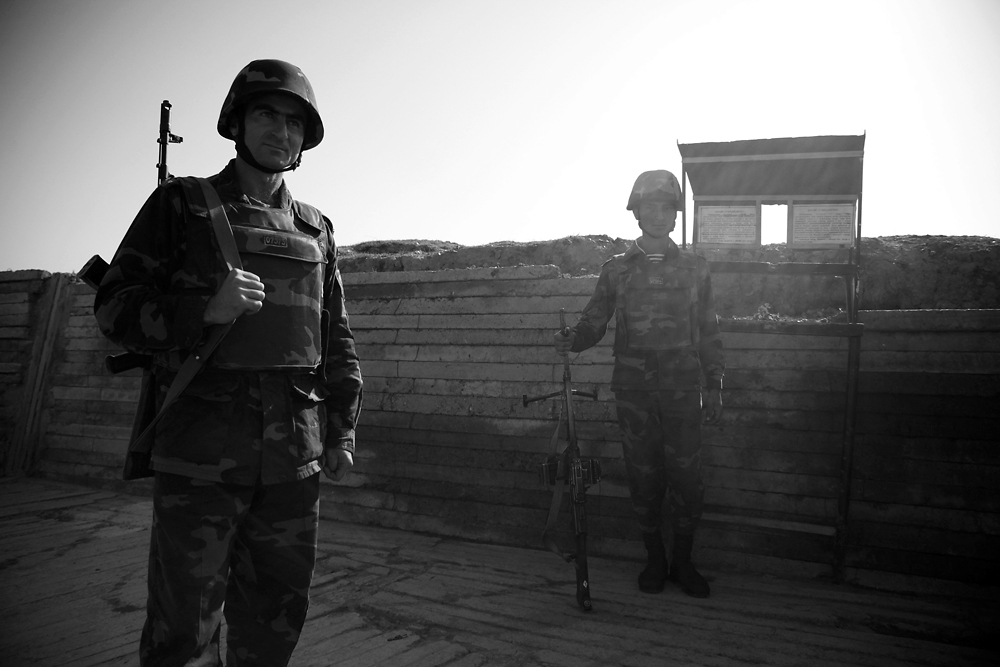 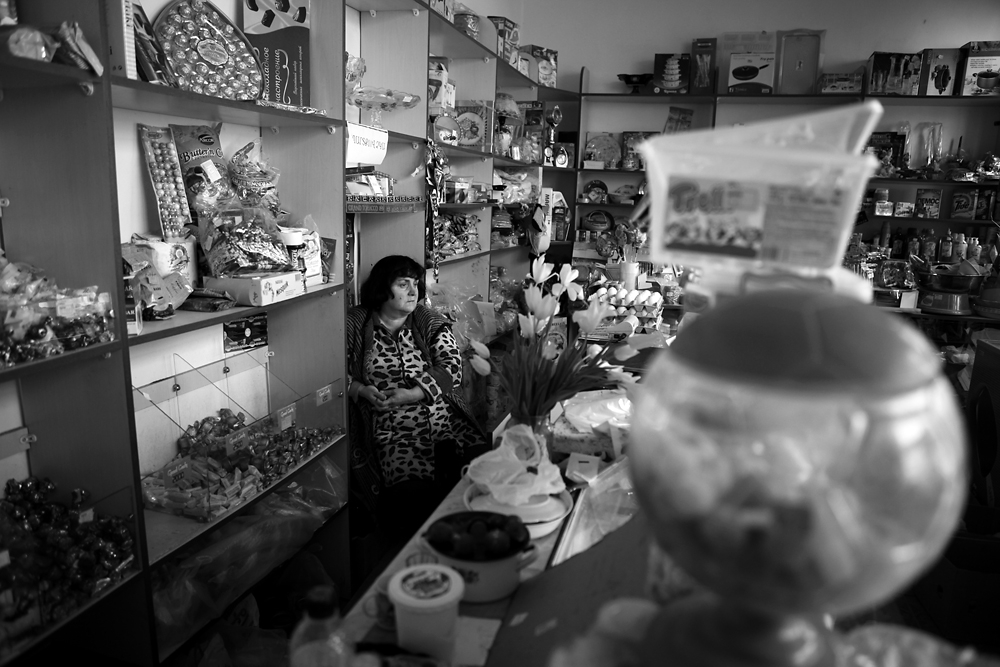 On May 12, 1994, a ceasefire stopped the main fighting, but exchange of gunfire sporadically breaks out. 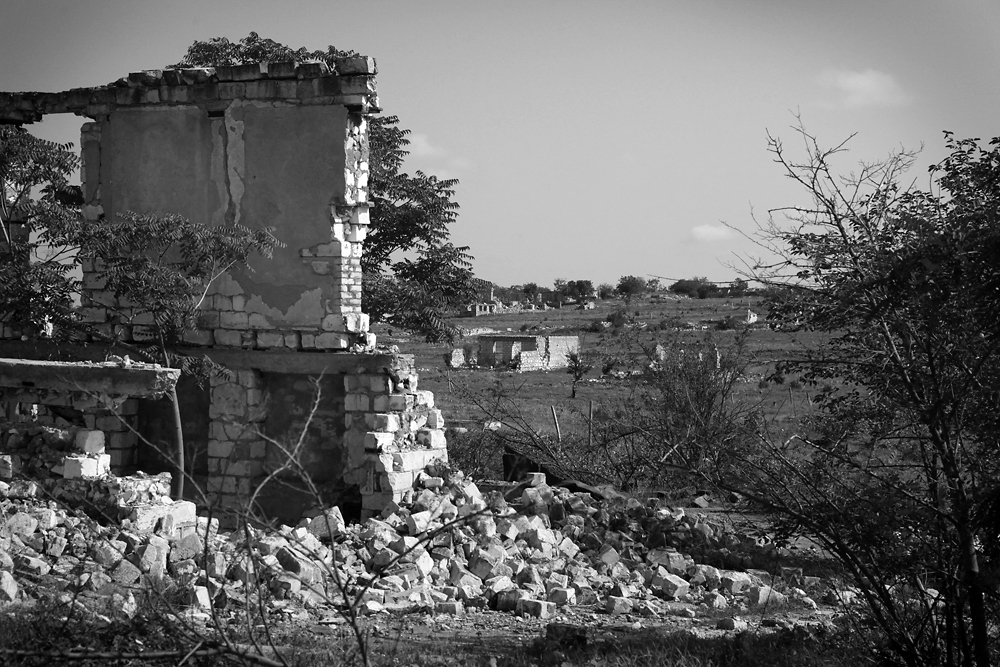 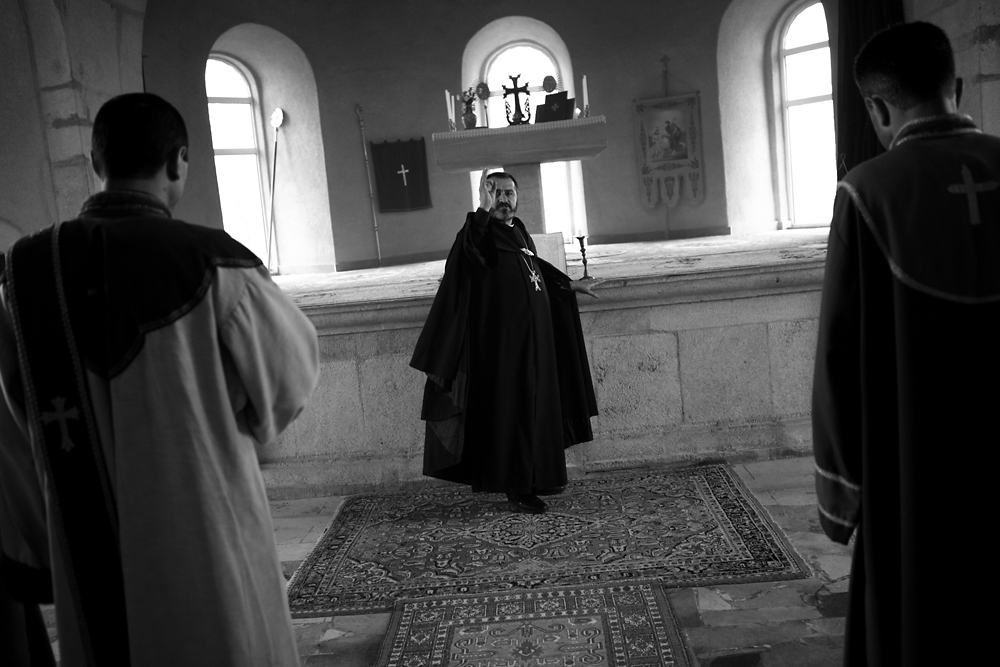 A priest holds service in a church. Women walk along the streets of Shusha. 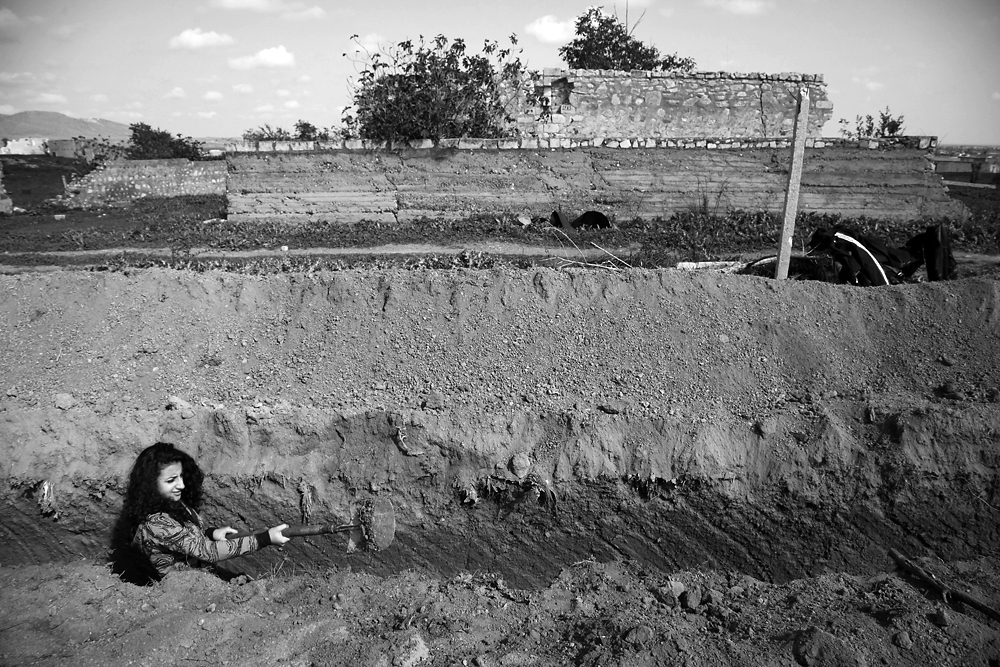 Teachers meet with the director at a public school. 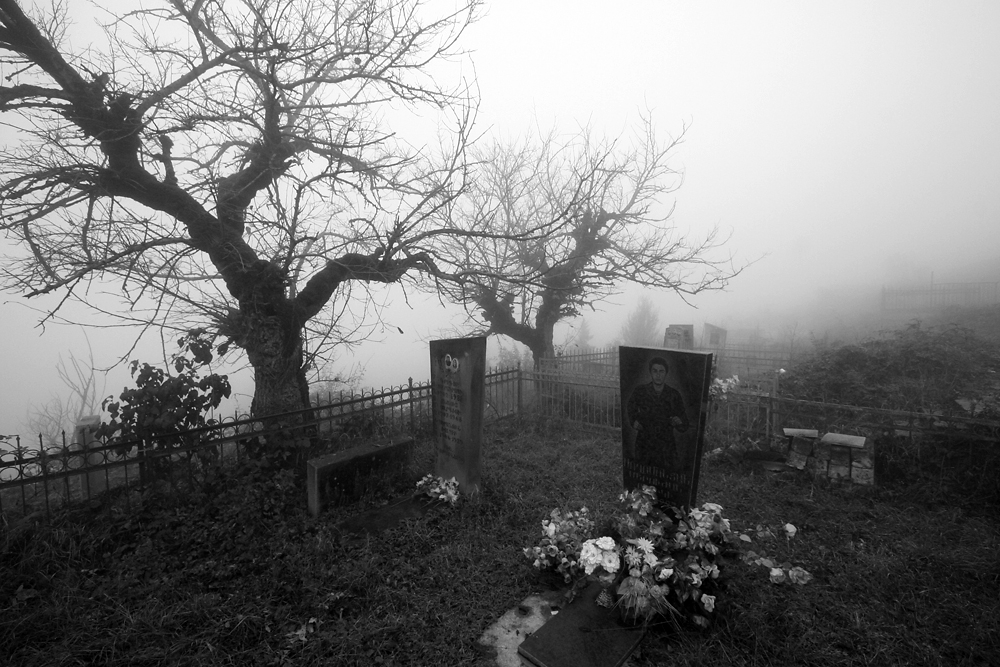 Fog cloaks a cemetery near the Gandzasar monastery. 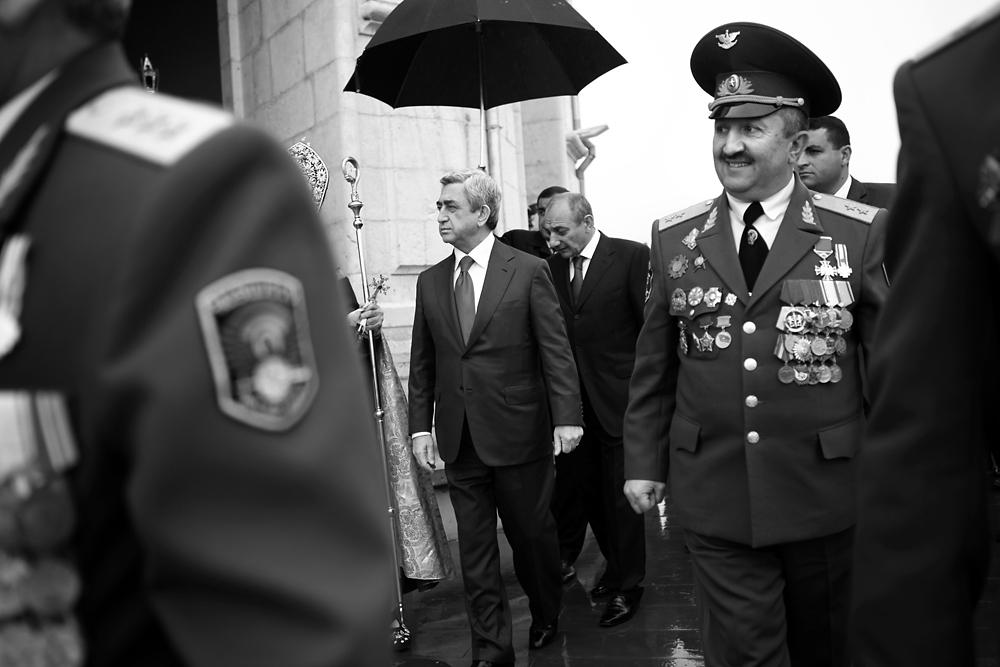 Much of the Soviet-era housing is falling into ruins. 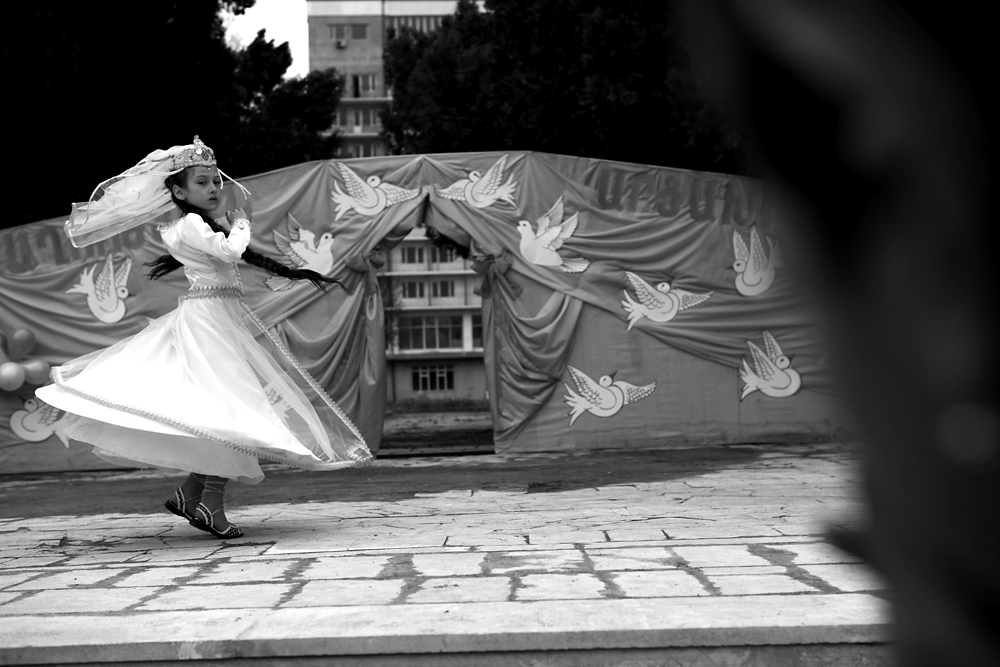 A girl dressed in a traditional costume dances to folk music. 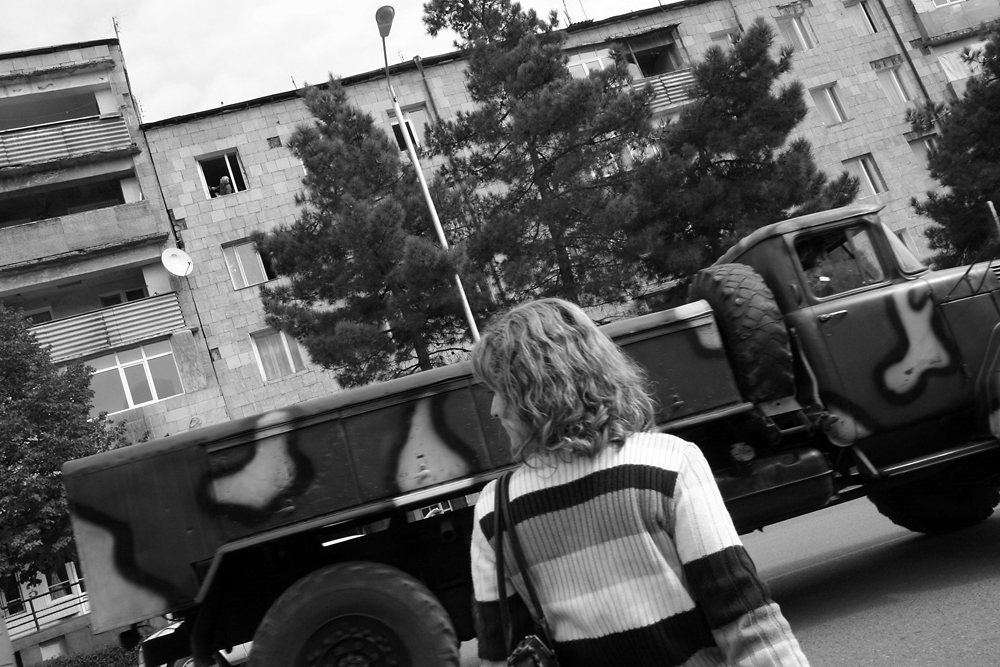 The presence of military vehicles and troops is evident throughout the breakaway region. 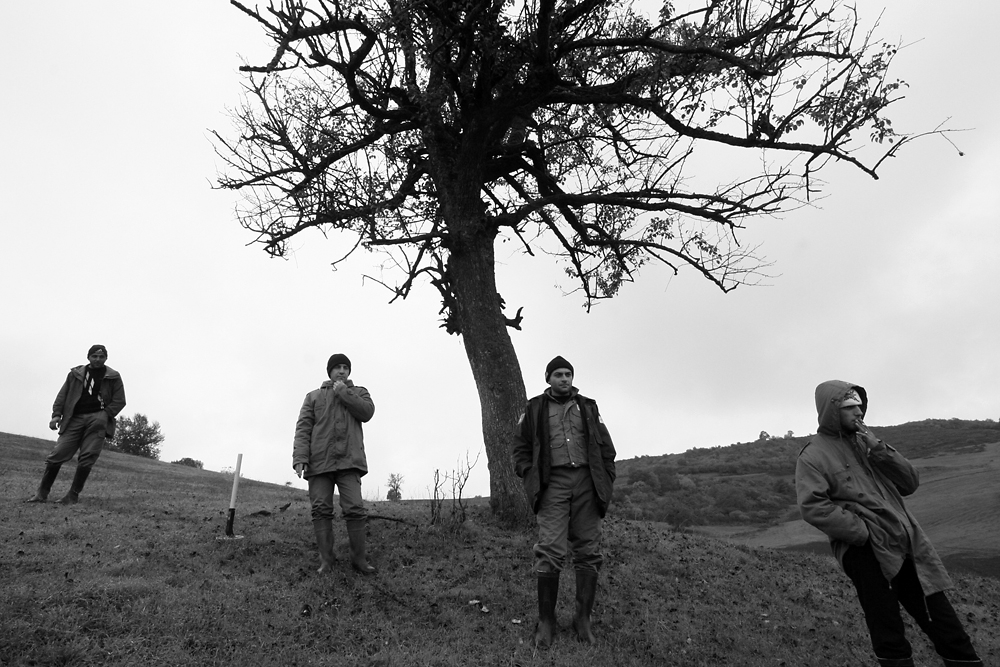 De-miners take a break from searching for unexploded ordinance. 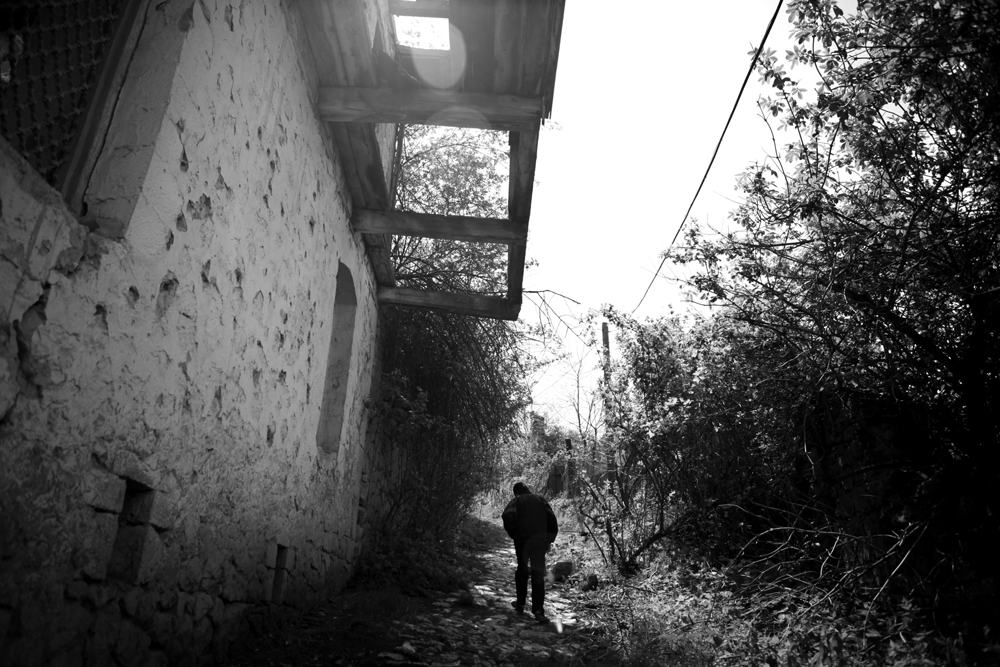 A boy walks past a war-damaged home near Shusha. 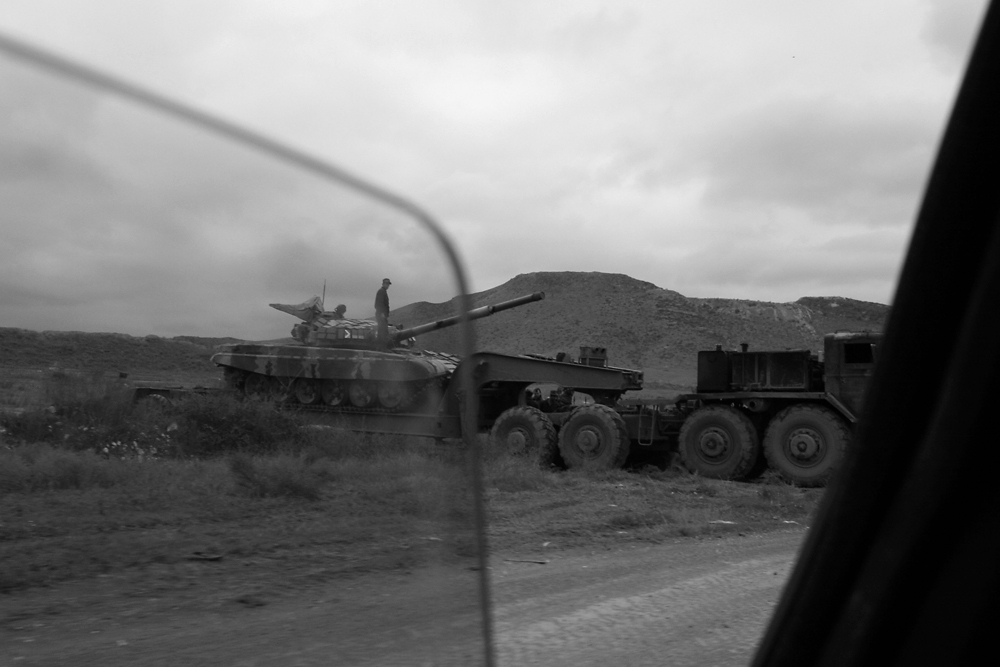 Tanks are loaded onto a carrier near the frontline with Azerbaijan. 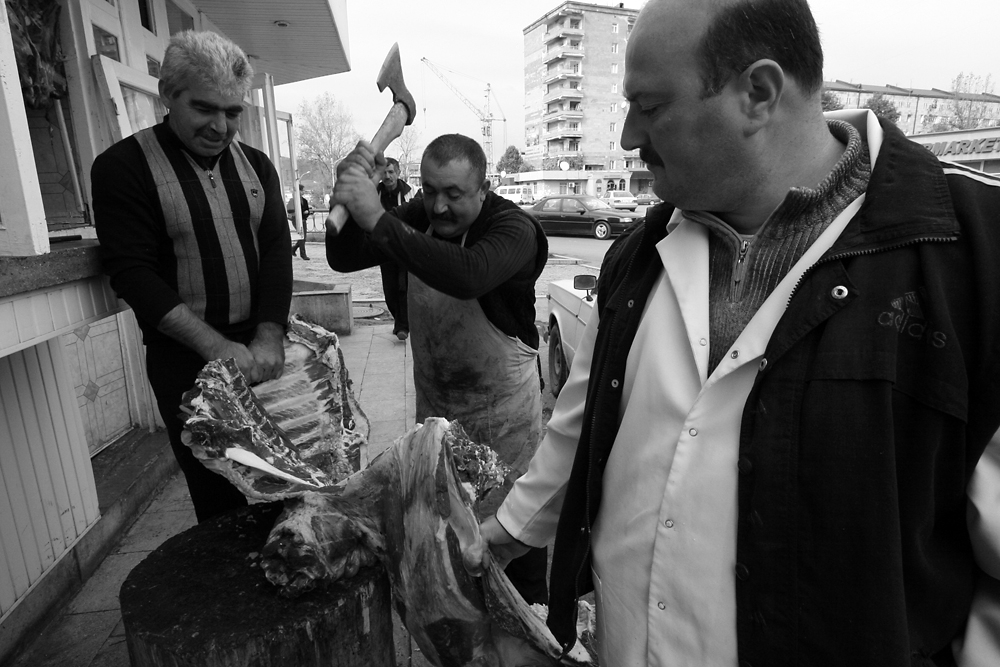 A woman awaits guests at her home on a Sunday afternoon.
prev
next

A ceasefire 18 years ago this month brought a halt to the war in Nagorno-Karabakh. But with the battle over the disputed territory’s fate dragging on, residents must contend with a persistent enemy in their midst – uncertainty.

These images, taken by photographer Timo Vogt, illustrate the struggle for Karabakh residents, who are trying to retain a sense of hope and find a measure of prosperity, while banishing feelings of insecurity.

The hot-phase of the Karabakh conflict, fought mainly between Armenian and Azerbaijani forces, began in late 1992. By early 1994, Armenian troops were in control of not only Karabakh, but of large swathes of Azerbaijani territory surrounding the enclave. Offensive military operations ended May 16, 1994, when representatives of the opposing sides signed a ceasefire agreement in Moscow.

Eighteen years of frustration have ensued. Negotiations on a peace settlement, held under the auspices of the Organization for Security and Cooperation’s Minsk Group, are stalemated. Meanwhile, Armenian and Azerbaijani troops still snipe at each other along the ceasefire line, and Karabakh society continues to operate under war-time conditions.

In recent years, Azerbaijan has devoted a significant portion of its windfall profits from energy exports to funding an arms buildup. Most experts doubt that Baku is intent on resuming the war in the near future. But Azerbaijan’s longer-term intentions are more difficult to discern. The longer peace negotiations remain at an impasse, the possibility of another bout of all-out warfare seems to grow.