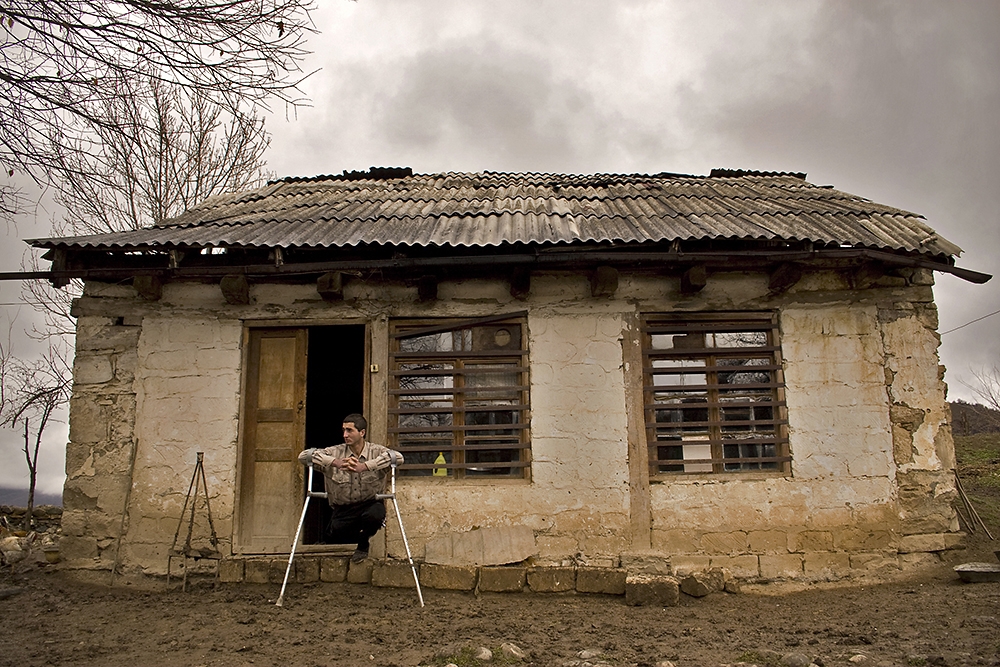 Arsen Arushanyan, who lives in Drmbon, lost both legs when he stepped on a mine left over from the war. 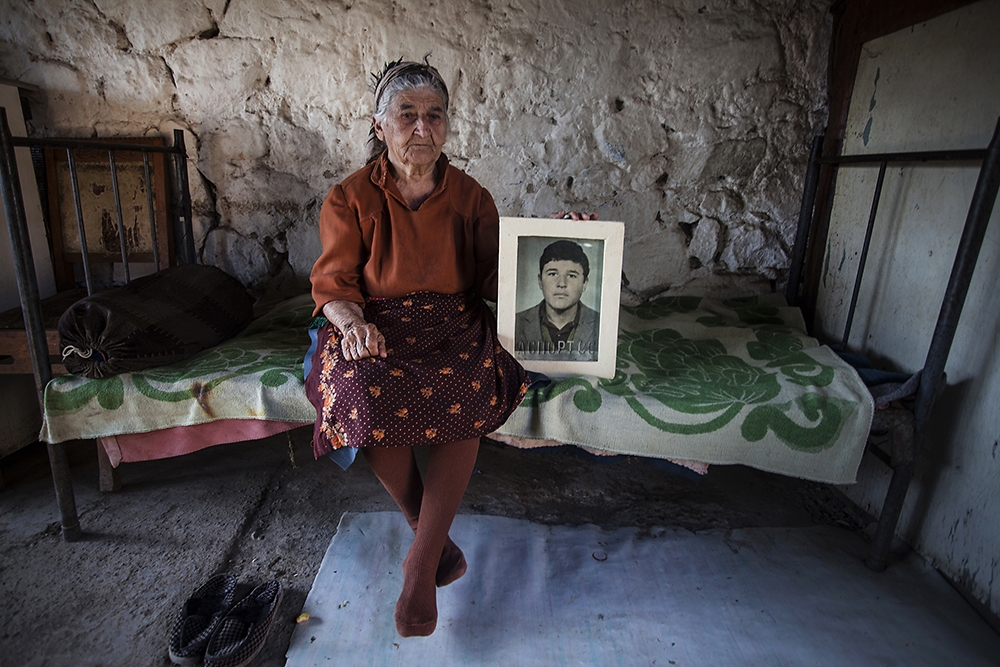 Nora Musayelyan’s 24-year-old son Khoren Musayelyan was killed during fighting on April 7, 1992. Another son was injured. 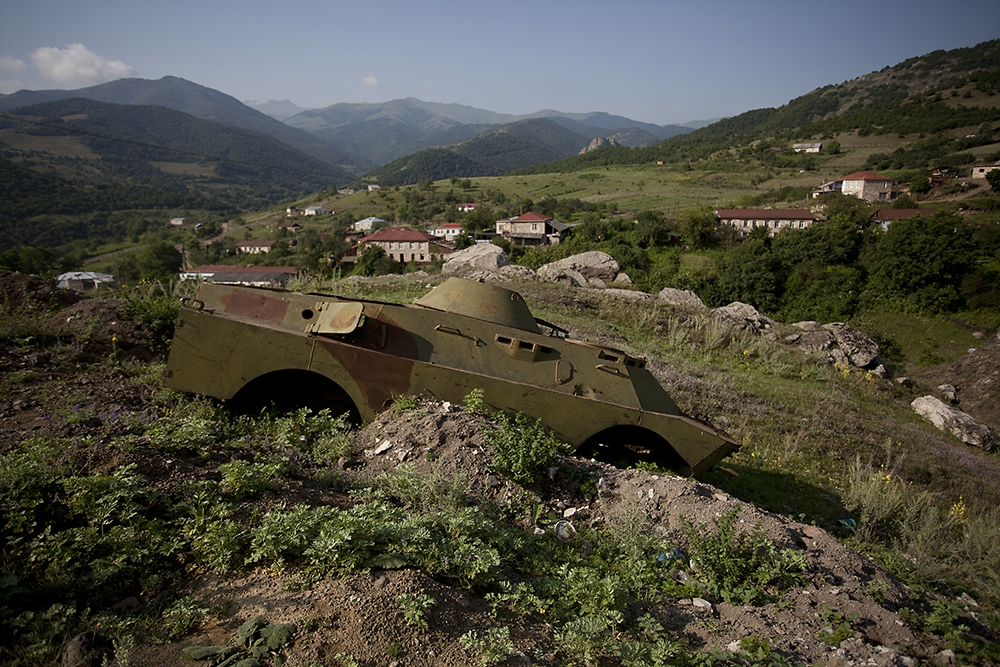 In addition to thousands of mines and unexploded ordinance littering the fields, some military vehicles still remain abandoned. 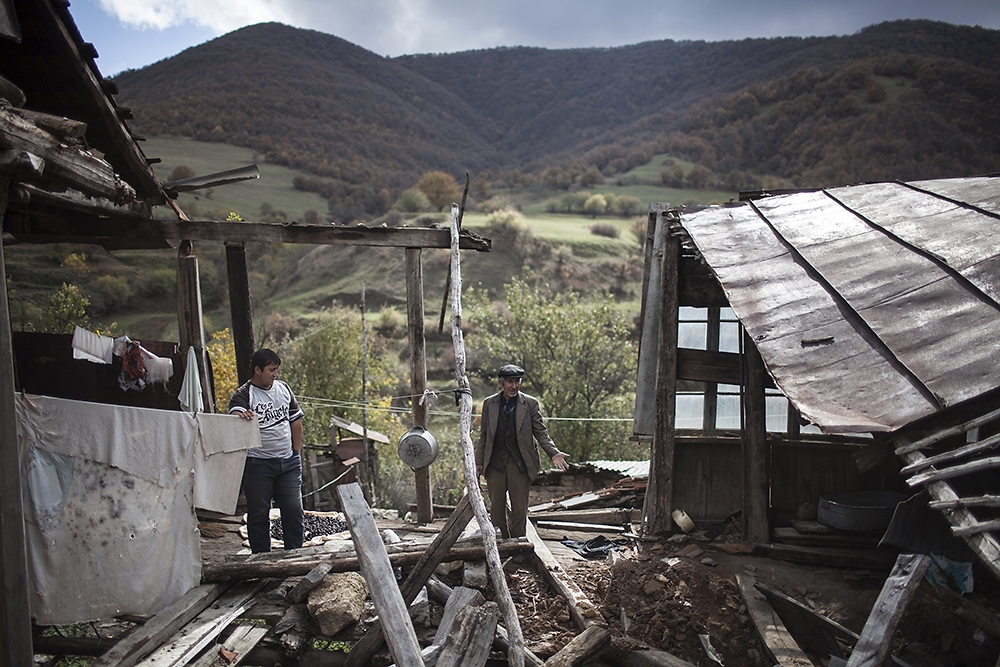 Almost two decades after the war, Mikayel Avanesyan still has not been able to fully repair his damaged house. 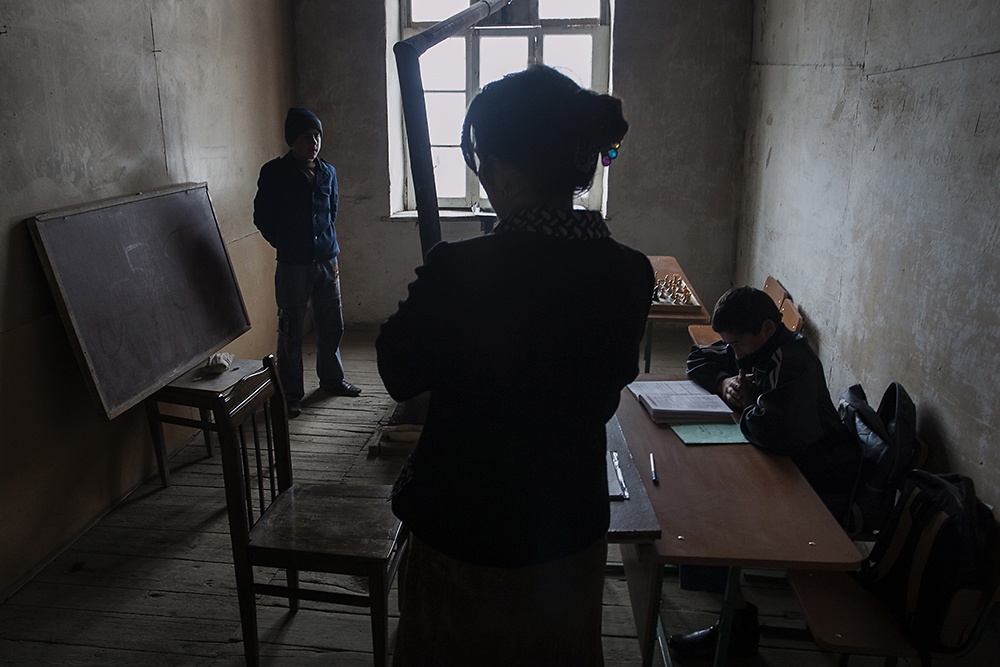 During the war this schoolroom in Khtsaberd was used for two years to house soldiers. 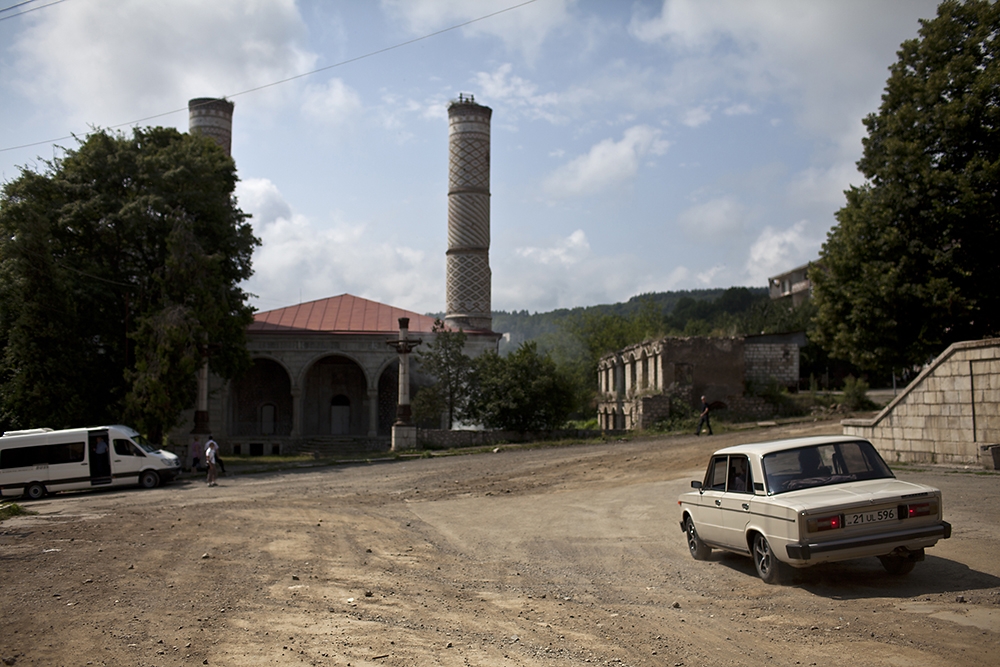 Although partially repaired in 2008, the Yukhari Govhar Agha Mosque in Shusha is still awaiting full restoration. 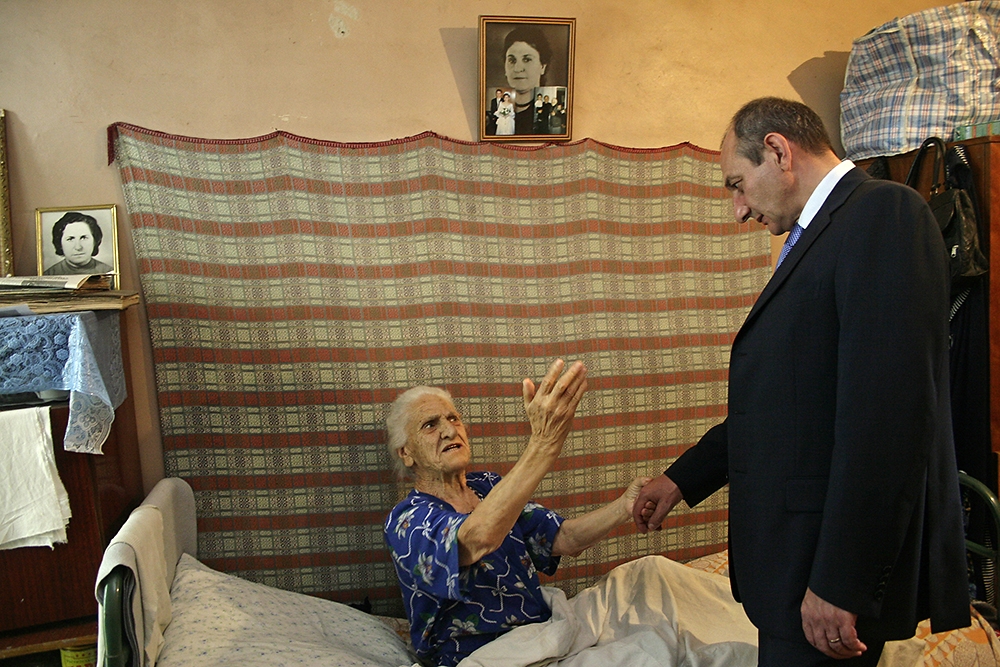 An ethnic Armenian refugee from Azerbaijan speaks to Bako Sahakyan during his presidential campaign for the breakaway region. 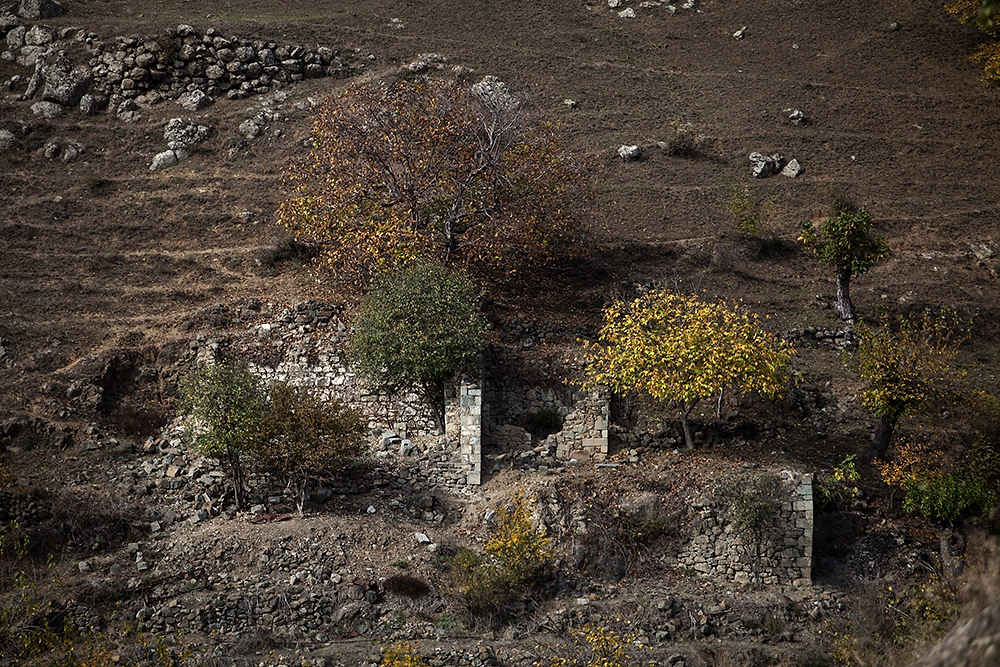 Homes in many villages, including Pletants, which was razed during the war, are still destroyed and untouched. 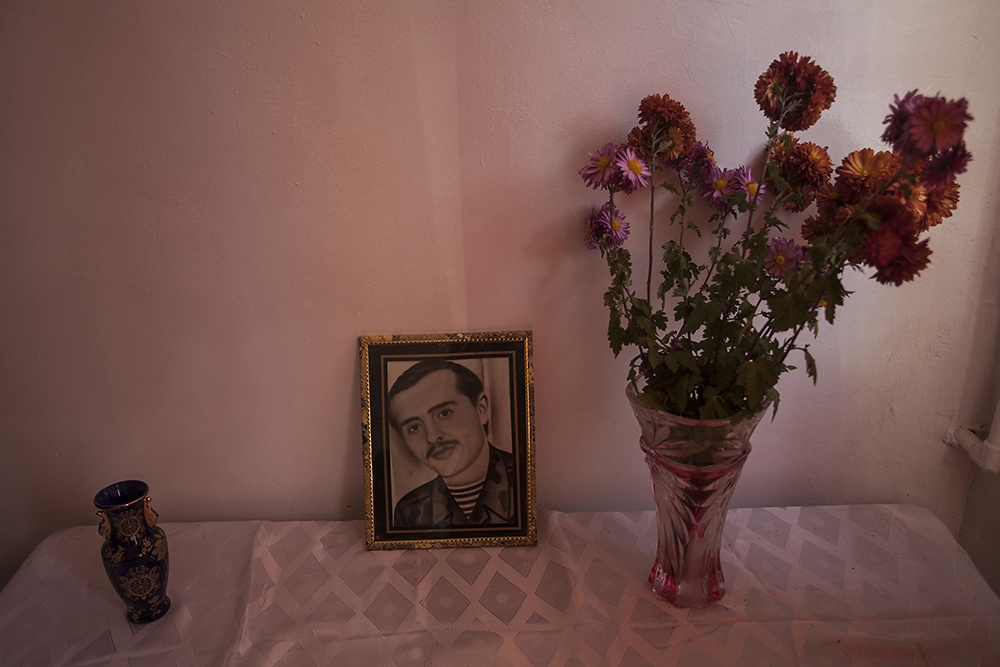 Portraits of ethnic Armenian former students killed during the war are on display in almost every school in Nagorno-Karabakh. 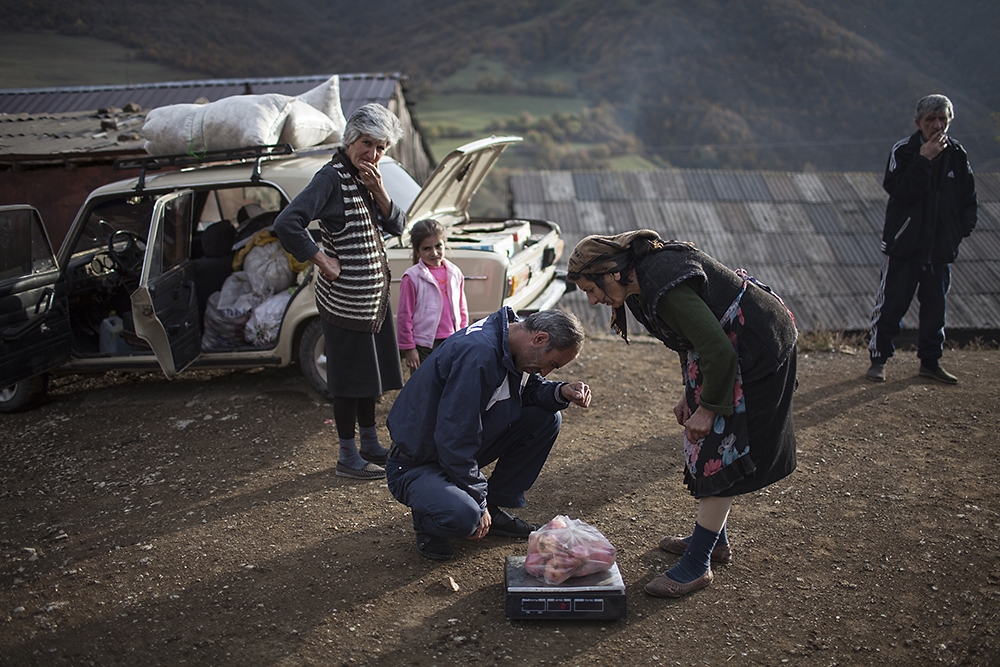 With few village markets and little transportation, produce and goods are often sold out of cars and vans. 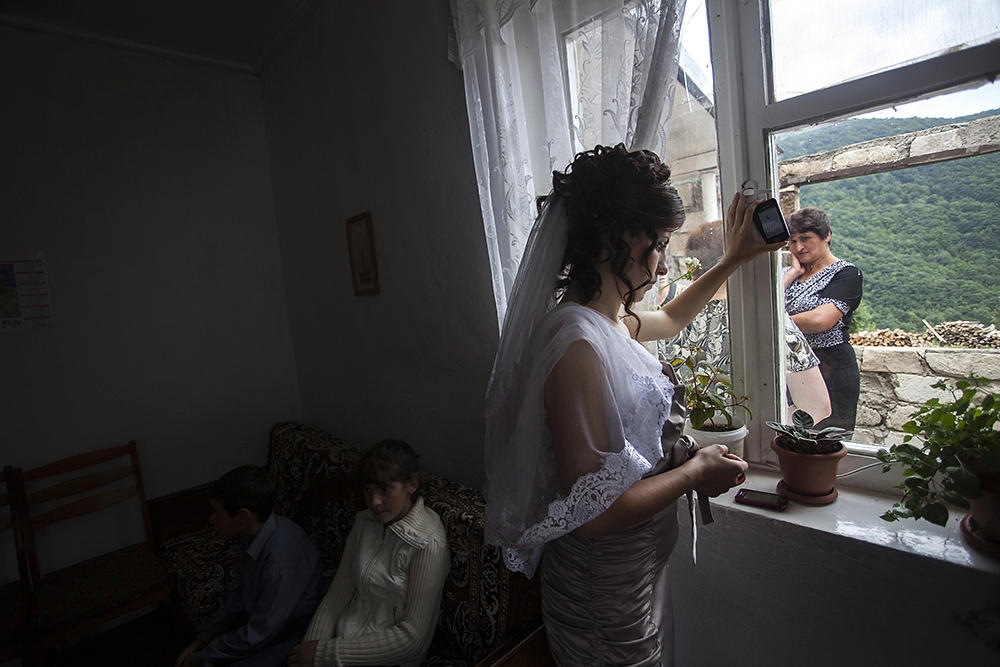 The de facto government built some homes for newlyweds about seven kilometers from Khtsaberd. 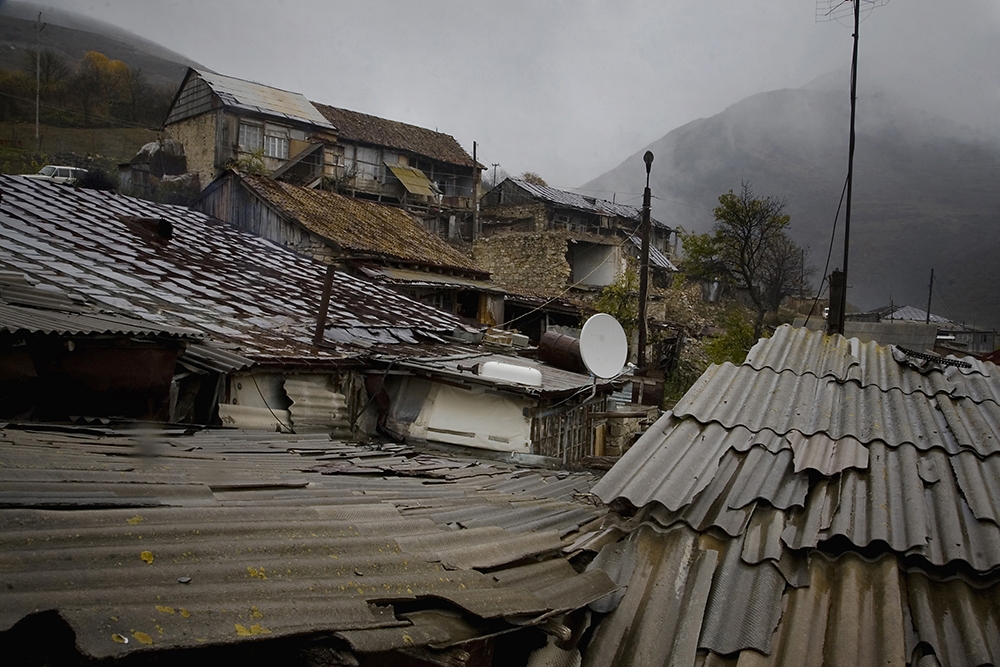 Very few new materials and supplies have been used in the renovation and rebuilding of bombed homes in Khtsaberd. 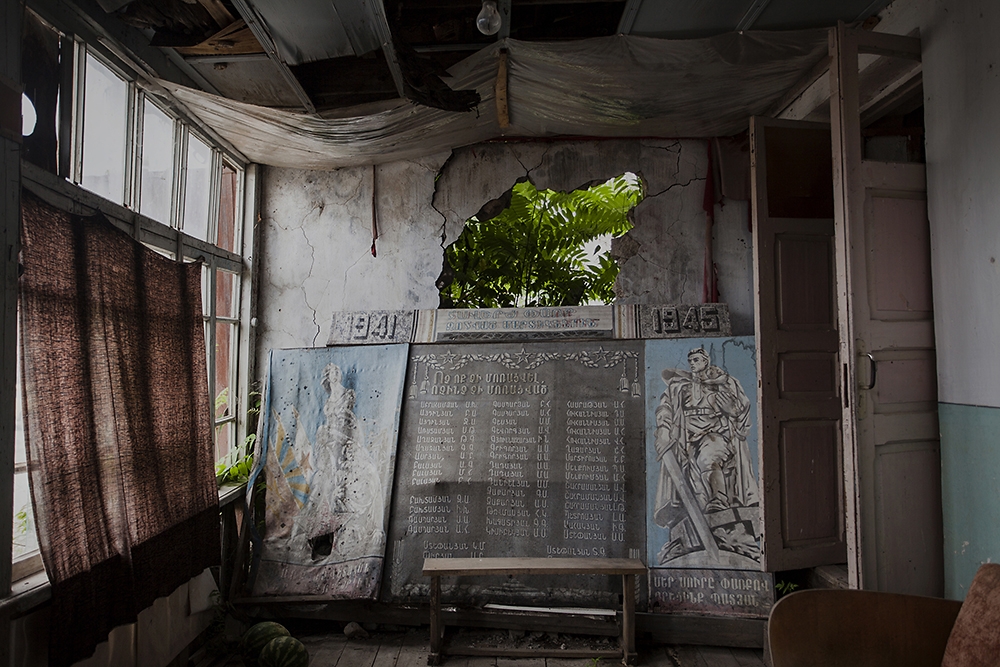 Most of the villages and towns in the breakaway region were targeted during the war. 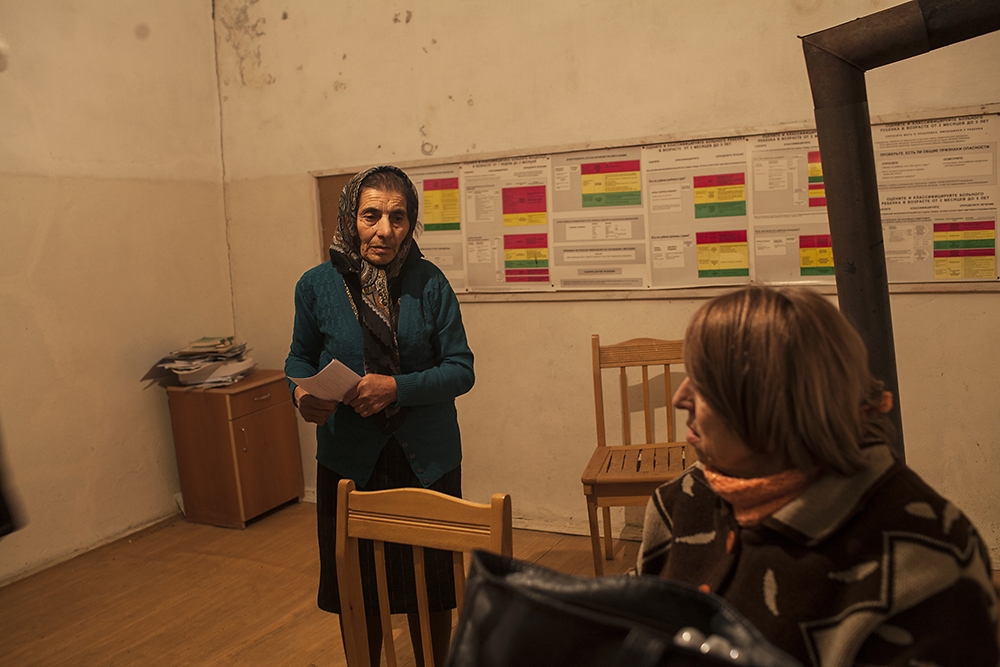 A doctor (right) often has to travel to distant villages to treat patients because of the lack of public transportation. 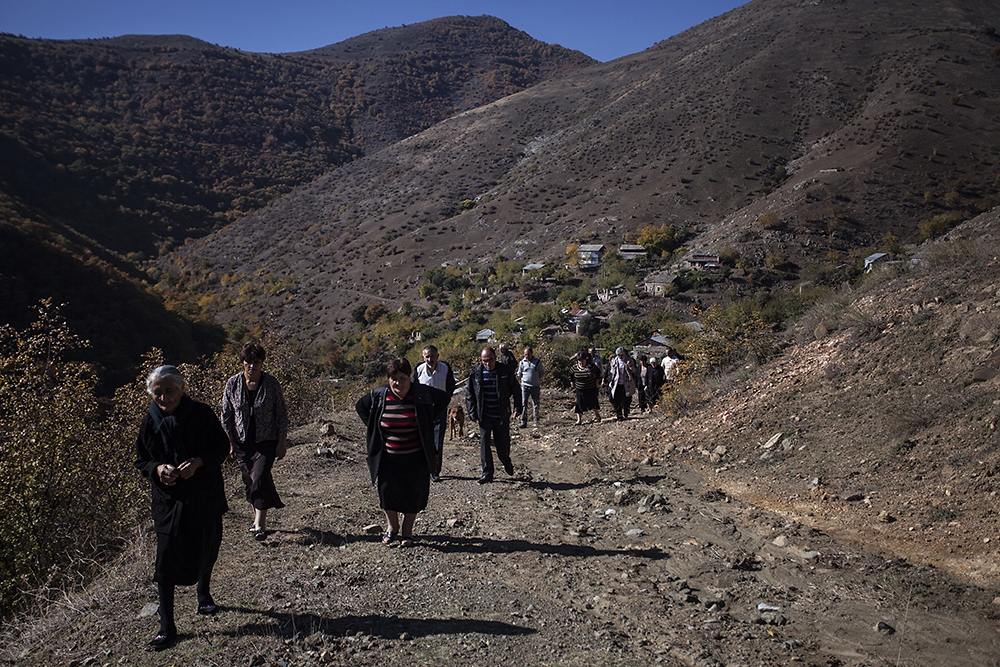 Villagers in Hadrut walk to the local graveyard. 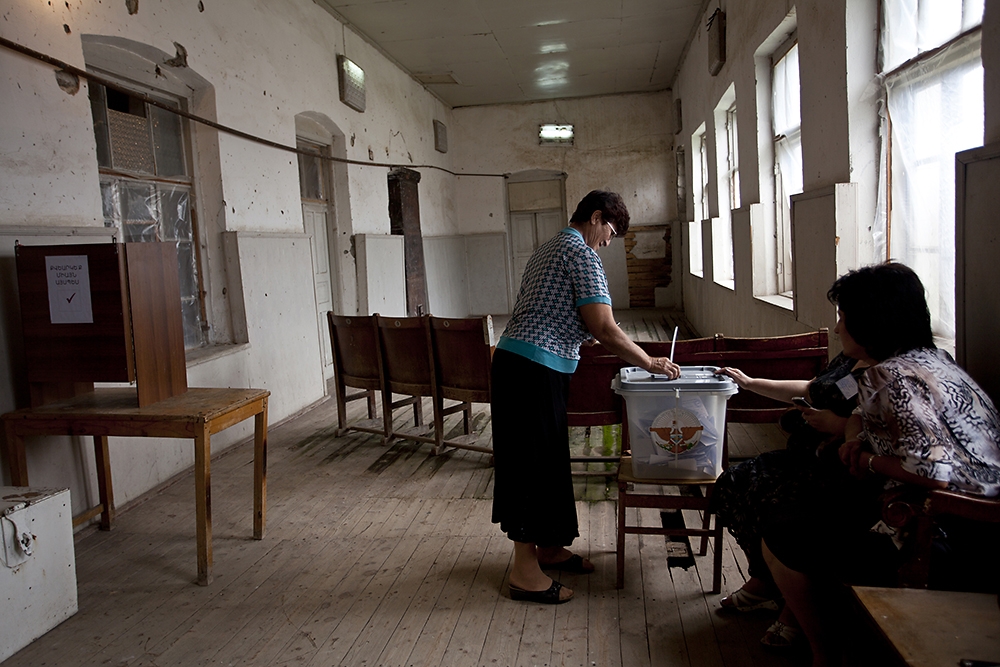 Still with signs of war damage, a local community center acts as a polling station during the breakaway region’s 2012 election. 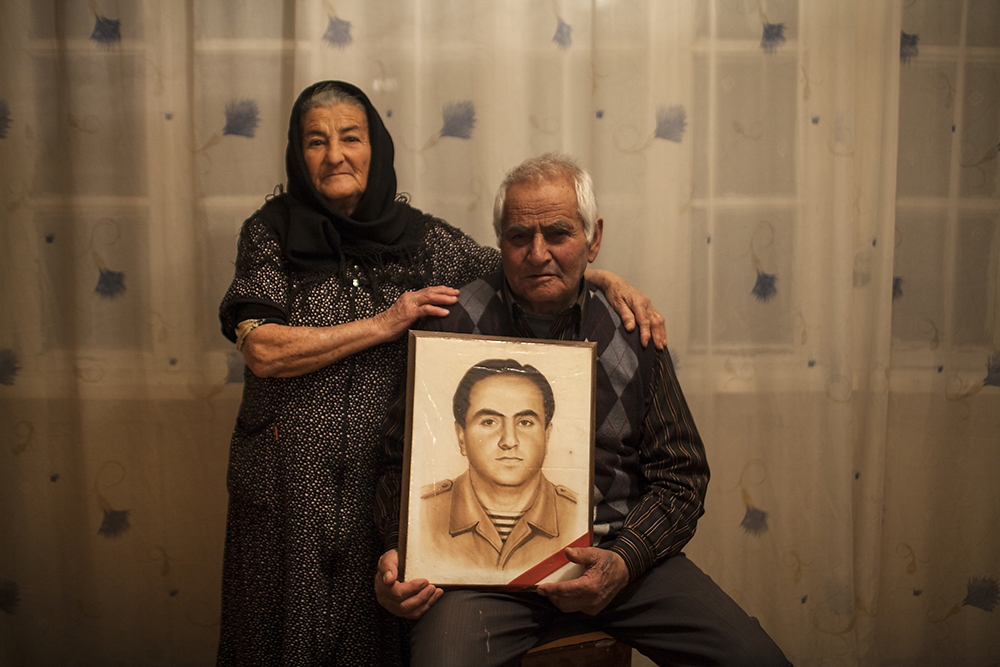 In their Khtsaberd home, Nura Mirzoyan and Suren Mirzoyan hold a portrait of their son, Vram, who was killed during the war.
prev
next

The early April burst of fighting offered a stark reminder of the unfinished businesses surrounding the Nagorno-Karabakh conflict. As this photo essay highlights, many civilians who endured the hot phase of the conflict, lasting from 1988-1994, have not been able to escape a sense of loss.

The intensive period of warfare over two decades ago left thousands dead and hundreds of thousands displaced. The early April fighting added to those totals.

Thousands of individuals on both sides are still living in makeshift dormitories, amid sub-standard conditions. All around the disputed territory, roads and other infrastructure remain in a state of disrepair. Private citizens are wary about expending precious savings to improve property, given that, as the early April fighting demonstrated, a day’s fighting can wipe out a decade’s worth of effort.

Among those still haunted by memories of 1988-1994 is pensioner Varya Tunyan. Born in 1928, Tunyan lost her son in 1993, and two years before that, was forced from her home in the village of Pletants. Azerbaijani forces overran the town, Tunyan recalled, on December 24, 1991. According to her, Azerbaijani troops seized livestock and cars, then torched all the houses in the village before withdrawing.

Anahit Hayrapetyan is a freelance photojournalist based in Berlin and Yerevan.