The front-runner for de facto president now appears to be a veteran of the first Karabakh war and opponent of Armenia’s current government. 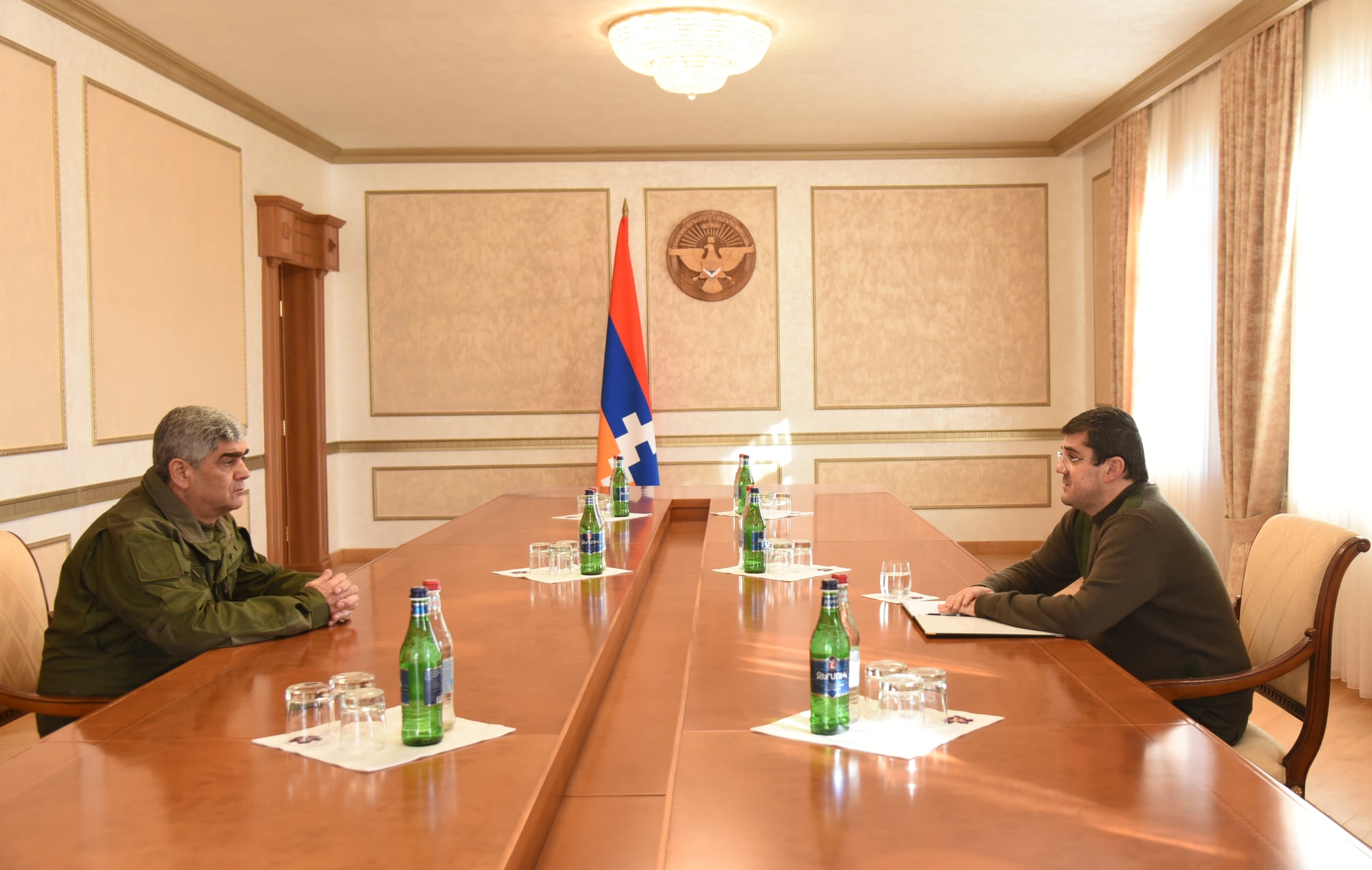 Following the defeat to Azerbaijan, the de facto government in Nagorno-Karabakh has reshuffled many of its top officials and is preparing for new elections.

On December 1, the head of the self-proclaimed republic, Arayik Harutyunyan, said that it would start forming a “government of national accord” to manage the territory “in this period which is so difficult for our motherland.” Since then, several new cabinet officials including a new national security adviser and foreign minister have been named, representing a wide swath of the territory’s political spectrum.

“Overall, we can say that the appointments of the new government are completed,” the spokesman for de facto president Arayik Harutyunyan, Vahram Poghosyan, told RFE/RL on January 5. “We have to get on with work in order to try to get the life back to normal in [Karabakh] as soon as possible.”

The most consequential appointment has been that of Vitaliy Balasanyan as national security adviser. Balasanyan is a veteran of the first war with Azerbaijan, in the 1990s, and is a close ally of former Armenian presidents Serzh Sargsyan and Robert Kocharyan. He was national security adviser from 2016-2019 and ran unsuccessfully for president in elections last year while also helping lead a campaign to free Kocharyan, the archenemy of Armenian Prime Minister Nikol Pashinyan who was in jail in Armenia for charges related to the violent breakup of protests under the old regime.

In a 2019 interview with Eurasianet Balasanyan said that Pashinyan was a “Western project” and that his coming to power “wasn’t a revolution but a seizure of power by force.”

Since reassuming the position Balasanyan has signaled a hard line, vowing to further militarize the territory. In a December 29 interview, he said he would be soon creating new military structures, including new border units. “Everyone will be obliged to serve, they will be paid, they will get a high salary. This is a sacred duty for each of us,” he said.

In the interview he also said he intended to crack down on drinking, drug use, and “sects.”

“People who drink should do it at home,” he said. “Every citizen of Karabakh needs to be disciplined.” In another interview, he said that all state workers -- including the president -- would be banned from using social media while they are at work.

Balasanyan’s position holds substantial authority: All security forces in the territory answer to him, and Harutyunyan has given him effective veto power over any security-related decision. “All presidential decrees and government decisions related to the defense and security of [Karabakh] will be adopted only with the approval of the Security Council,” Harutyunyan said in a December 16 statement.

Harutyunyan also has said there will be snap elections “in a reasonable time frame,” though he did not provide details. He said he will himself not be running and will be leaving politics.

Analysts have seen Balasanyan as the early frontrunner to take over. “From the recent [December 16] statement of the president, we see that there has been an effective transition of power to the Security Council and accordingly to Balasanyan,” political analyst Hakob Badalyan told RFE/RL. The upcoming elections “can be expected to be a confirmation of that political power,” Badalyan said.

Balasanyan’s rise has been closely noted in Azerbaijan, where he is seen as a hardliner and pro-Russia figure. A recent report from the independent Azerbaijani agency Turan identified him as a “participant in the Khojaly genocide,” a massacre of Azerbaijani civilians in the first Karabakh war, as well as “a speaker of pure Azerbaijani” and a “harsh public critic of Pashinyan.”

The de facto government also has named a new foreign minister: David Babayan, currently an adviser to Harutyunyan, will take over from Masis Mailyan.

Several other new figures come from a wide variety of political and ideological backgrounds. Newly appointed Minister of Social and Labor Affairs Mane Tandilyan held the same position in the Armenian government shortly after Pashinyan came to power and was a member of the Bright Armenia party.

Minister of Territorial Administration Hayk Khanumyan was for a time the only opposition member of Karabakh’s parliament, and also unsuccessfully ran for president in 2020. The new presidential chief of staff Artak Beglaryan was formerly the territory’s human rights ombudsman.

However, Balasanyan has suggested that he also will hold veto power over all senior appointments, even the newly named officials.

“All the high-ranking positions will be discussed in the Security Council,” he said in a December 28 interview. “Even those who have already been appointed but are not competent will be replaced.”