Teenagers celebrate an Armenian victory on a tank set up as a memorial near Shusha, called Shushi within Karabakh and Armenia. 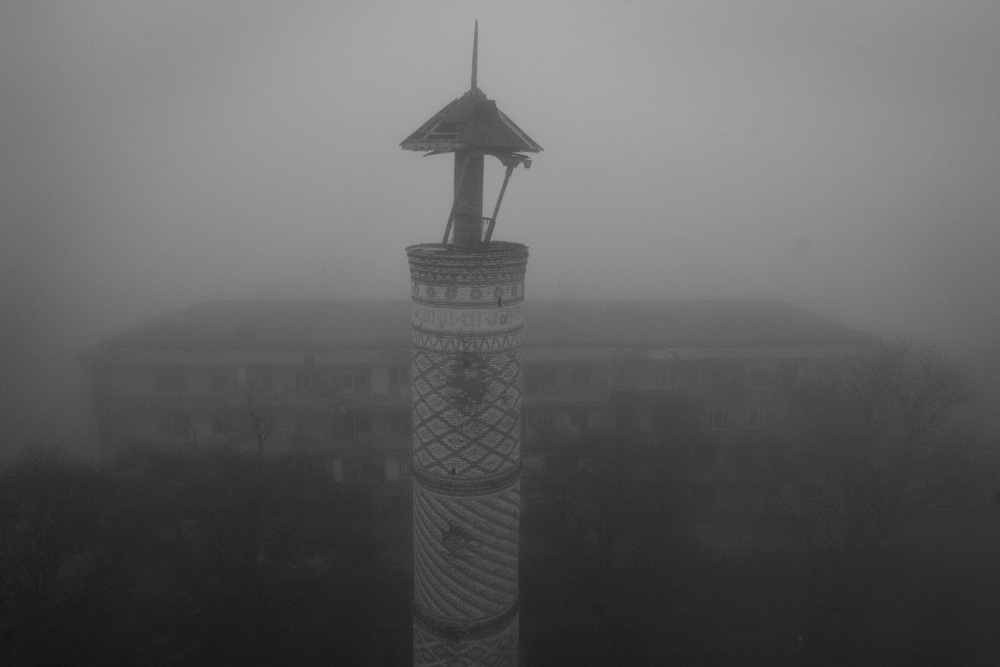 Fog cloaks the shell-damaged minaret of a destroyed mosque in Shusha. A man smokes while sitting under a photo of his brother, said to have been killed by friendly fire during the conflict. A nurse uses a physician's mobile phone during a surgery. At a college, an actress brings firewood to heat a stove in the school's theater. A rainbow stretches over Shusha behind a cat resting on a window sill. Surrounded by his paintings, Hovik Gasparian lights a cigarette in his studio. A delivery man loads a car with freshly baked bread. Dressed in military camouflage clothes, a boy dances during a school performance. Two men wait in front of a post office to receive their weekly salary. A woman shouts at kids playing outside a residential building. A game at a cultural center is supposed to predict a boy's profession when he becomes an adult. Shrapnel marks scar a residential building patched up with bricks. Construction workers prepare the foundation of a new building in Shusha. A priest baptizes an infant boy in Ghazanchetsots Cathedral. Firefighters gather equipment during a fire exercise at their headquarters. A woman picks herbs in front of ruins left by the conflict in the early 1990s. With her mother and aunt sitting nearby, an infant girl lies in bed wrapped in scarfs. 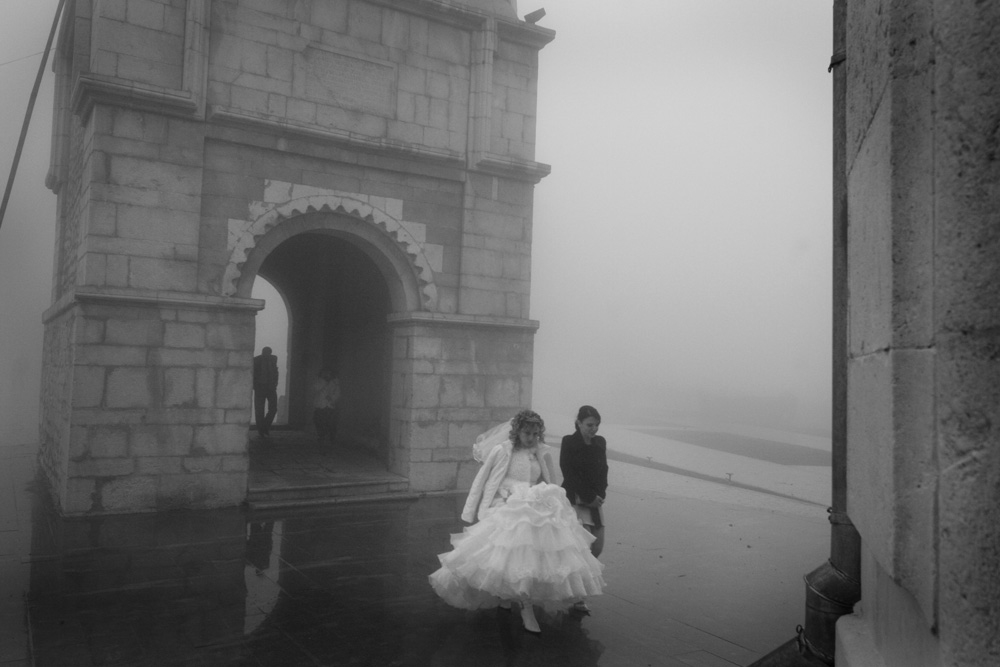 On a foggy and wet day in Shusha, a bride walks toward Ghazanchetots Cathedral. A man skewers fresh meat at a backyard barbecue. A woman sweeps Shusha's main road in the early morning.
prev
next

Founded roughly 250 years ago on a picturesque hillside in what today is the disputed region of Nagorno Karabakh, Shusha was once a celebrated town that embodied the creative energies of both ethnic Azeris and ethnic Armenians. Today, it stands as a haunting reminder of one of the most bitter conflicts that marked the Soviet Union's collapse, the 1988-1994 war between the two ethnic groups over Karabakh.

Separatist Karabakhi forces and Armenian soldiers seized Shusha (known in Karabakh and Armenia as Shushi) from Azerbaijani forces on May 9, 1992, in a fierce fight for its strategic heights that resulted, ultimately, in the town's near-complete destruction. Much of the ethnic Azeri population fled during the final days of battle, leaving the town to be resettled by ethnic Armenians, including a large number of Internally Displaced Persons from Azerbaijani-controlled territory.

Twenty years after Azerbaijani forces withdrew from the town, rubble still dots the hills, and buildings still stand derelict. The population has not recovered to its prewar level, and life is a daily struggle as many inhabitants depend on donations from Diaspora Armenians to survive. Although money from the outside has rebuilt a cultural center, laid new asphalt roads, and restored other infrastructure projects, unemployment runs high.

While some stability has kept Shusha relatively peaceful, less than 20 kilometers to the east, the frontline with Azerbaijan is a reminder that its future remains uncertain.