NATO To Start Military Exercises In Georgia This Year 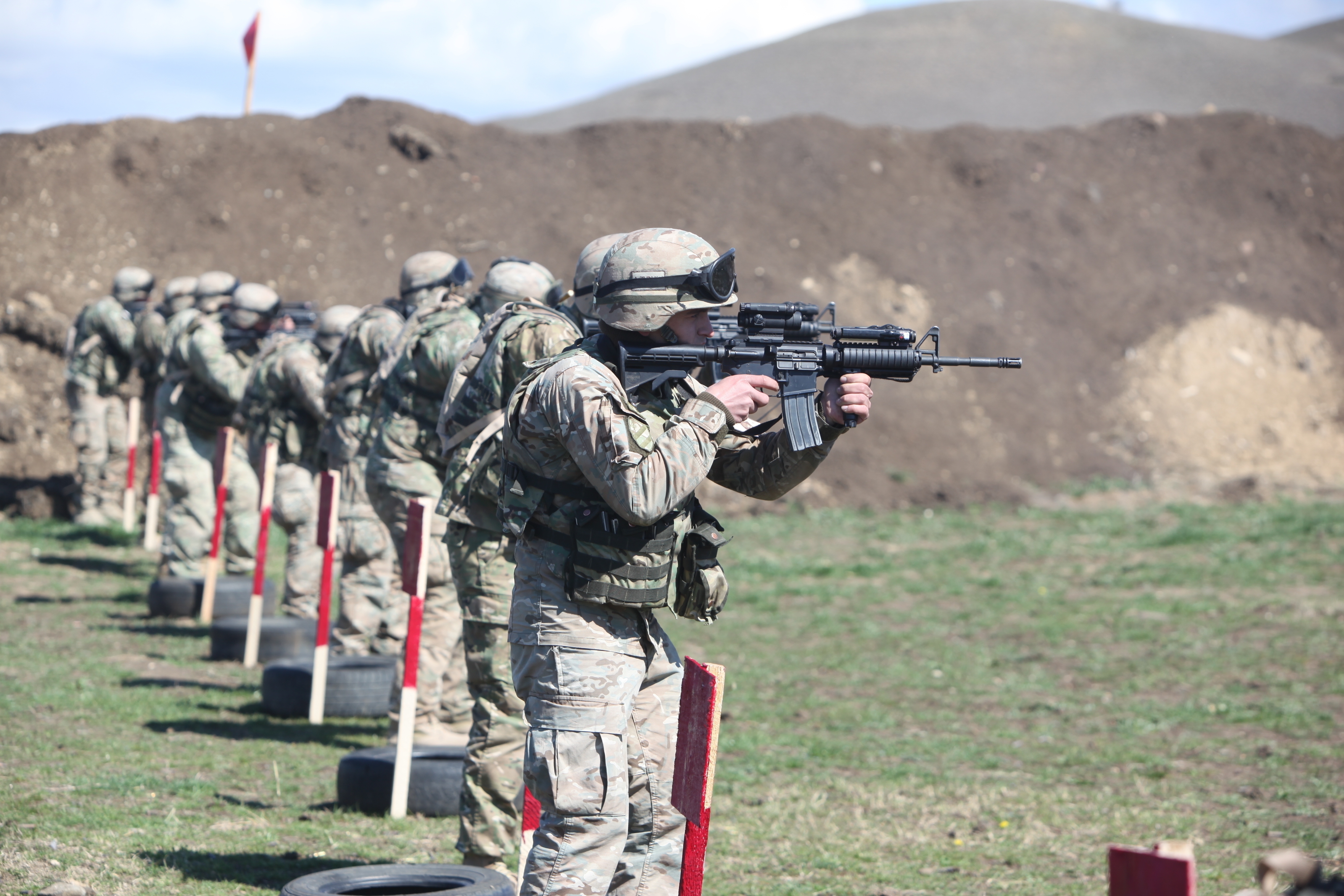 NATO's planned military training center in Georgia will start operations this year, a senior alliance official said on a visit to Tbilisi.

"Starting this year, we aim to hold periodic military exercises here in your country, with NATO Allies as well as with other interested NATO partners," said NATO Deputy Secretary General Alexander Vershbow at a January 30 speech in Tbilisi.

The exercises will be held at a "Joint Training and Evaluation Centre," the establishment of which NATO and Georgia announced last September. A location for the center still hasn't been determined, but one of the items on Vershbow's agenda in Georgia was to scout out locations; Civil.ge reported that one of the candidates sites he visited was the Vaziani training range near Tbilisi.

"This will be the most visible element of a NATO presence in Georgia.  The Centre could host live and simulated training and certification for Allied and partner military units, in particular for units committed to the NATO Response Force," Vershbow said.  "And it could also host exercises and training in support of our Connected Forces initiative."

But much remains uncertain about the center. According to Civil.ge, Vershbow said that NATO and Georgia "have yet to “flesh out the goals and purposes of the center," and that it's still not clear whether the center will host only command exercises (i.e. officers on computers) or field exercises with soldiers.

At the speech, Vershbow was asked about Moscow's negative reaction to the establishment of the center; when it was first announced the Russian Foreign Ministry issued a statement saying it "threatened the emerging stability in the Transcaucasus region." Vershbow responded:

“We made it very clear that it’s Georgia’s sovereign choice to host such a facility and it’s our right to assist the sovereign state in strengthening its security by establishing such a facility ... We did not get into potential scenarios of what the Russians might do next, but we are very firm in our resolve to go ahead with this.”

“We have to see what the Russians say, what they do, but we will not let them have veto over this sort of legitimate activity. Full stop."

There doesn't seem to have been any official Russian reaction to Vershbow's visit and remarks, but commentator Mikhail Sheinkman wrote an analysis for RIA Novosti that suggested NATO was forcing its way into Georgia. "Georgia was expecting a road map to entrance into NATO, and they got a map for NATO's entrance into Georgia," he wrote. "Who will be trained and for what is still unclear. But sooner or later the Georgians will find out. If, of course, they're told."

And he suggested the base may not be as innocent as it's being portrayed:

Never mind that it's called a "training center." No one will check who or with what missions people will be based there. The American presence in the Manas airport in Bishkek was also given the fully civilian name "Transit Center" but with surveillance equipment allowing control of nearly the entire Central Asian airspace. Washington, incidentally, has not refused the possibility of installing elements of their missile defense system in the Caucasus.