The three cases are the first official reports of the novel coronavirus in Central Asia. 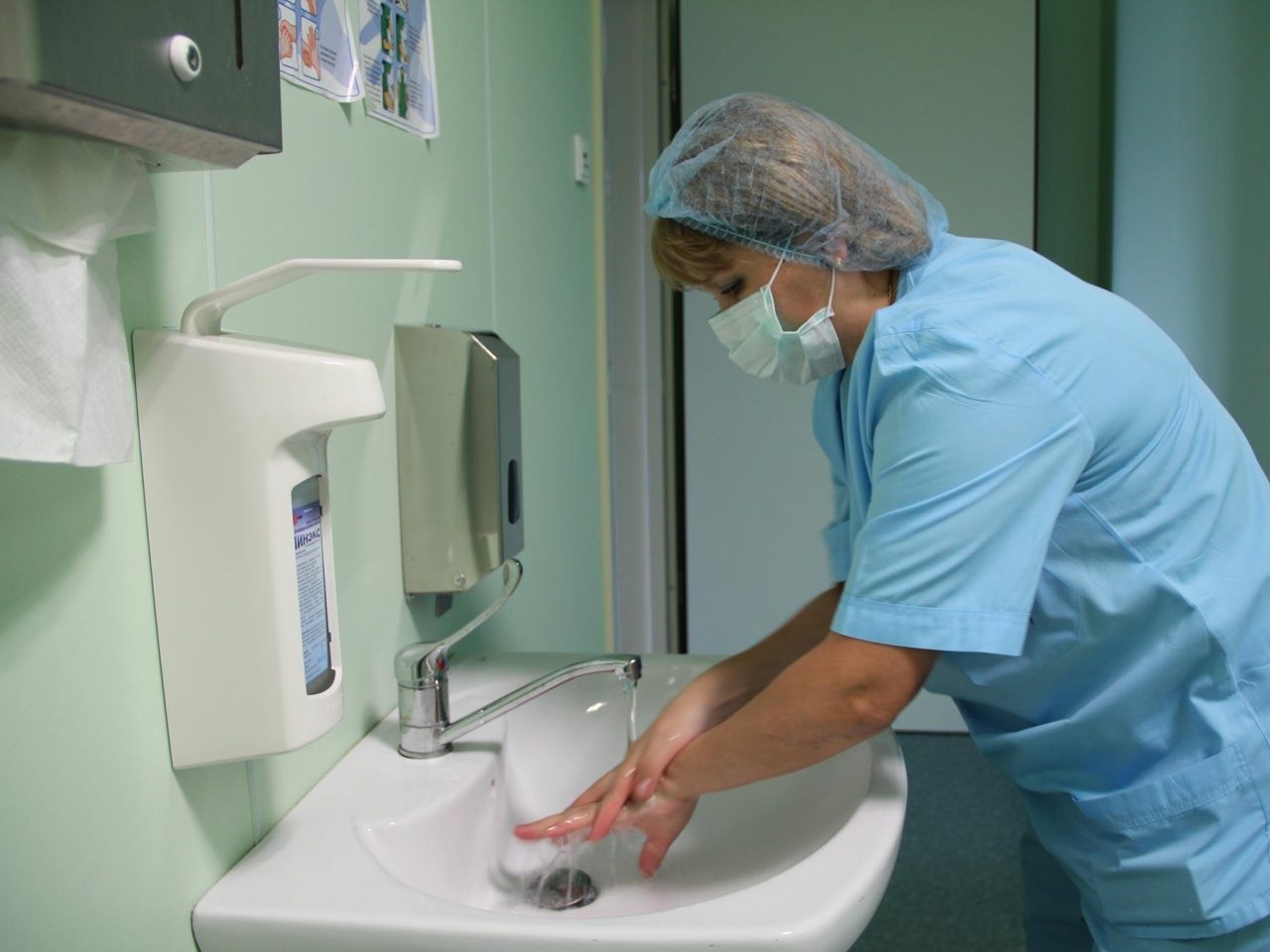 It took the World Health Organization’s designation of the spread of novel coronavirus COVID-19 as a pandemic for the authorities and the public in Kazakhstan to really begin fretting.

The government sprang into action, adopting a swath of preventative measures, ranging from the closure of schools to a ban on public gatherings. The public too has begun to react with alarm, albeit in a less systematic manner. On March 13, one day after the emergency provisions were put into place, the government announced the first three cases of COVID-19 had been detected in the country.

This all marks a dramatic turnaround.

As recently as March 8, the date of the International Women’s Day festivity, shopping malls were brimming with people. Shoppers browsed clothing stores, burger joints and food courts were doing roaring business and, notably, very few were wearing the facemasks now ubiquitous in China and Europe.

There were similar scenes at the Shymbulak ski resort, as locals jostled alongside visitors from Europe, India and further afield. Groups of five and six crammed into cable cars. Raucous music played from speakers in cafes as customers lined up to get snacks. Friends huddled to shoot selfies against the snowy mountain backdrop.

The government late last month introduced a 14-day quarantine for people traveling from countries already affected by COVID-19, but the impact of that policy on the general mood has been minimal. And in any case, with the exception of Chinese nationals, most people could get into Kazakhstan with relative ease.

While Kyrgyzstan has installed a thermal imager on the border with Kazakhstan, as of March 1, Kazakh authorities had adopted few such measures. Health workers in international airports are now checking the temperature of arriving travelers.

Alina Telebayeva flew on March 9 into Kazakhstan’s capital, Nur-Sultan, from France, currently the European country with the second-highest rate of new infections, via the German city of Frankfurt. She told Eurasianet that she was subjected to no medical check-ups or any talk of quarantine.

“There were no doctors checking temperatures. Nobody was enquiring where I had been and how I felt,” she said.

Ever since the coronavirus crisis germinated in the Chinese city of Wuhan, the Kazakh government had until the end of this week stuck to its line – there had been no confirmed cases of COVID-19 inside the country. The first two reported cases involved two nationals of Kazakhstan arriving from Germany; the third had arrived from Italy. All other countries in former Central Asia – Kyrgyzstan, Tajikistan, Turkmenistan and Uzbekistan – still insist they have no cases.

This has generated skepticism on a number of counts, not least because of the close trade and economic ties with neighboring China, which implies a considerable flow of mutual human traffic.

The Health Ministry did on March 9 say, however, that there were around 3,700 people who had arrived from overseas in quarantine as part of the anti-coronavirus measures. On March 12, Health Minister Yelzhan Birtanov said at a briefing that Kazakhstan had already used 5,000 of the 15,000 COVID-19 test kits it had received from Russia, China and the WHO. He announced plans to purchase an additional 60,000 kits.

But judging by the experiences of people who have already spent time in government quarantine facilities, it is quite possible that some people will have avoided sharing their suspicions about having contracted the virus for fear of being confined in the same way.

Shortly after Almaty resident Ayaulym Aipova, whose job entails organizing study abroad for local kids, returned from Malaysia in February, she developed a fever. When she visited a clinic, she was immediately dispatched to a quarantine facility at a hospital for infectious diseases. What followed were, Aipova said, “nightmare days.”

“There were cracks in the walls, the paint was peeling off. The food was barely edible and came in small portions. At night I froze under a thin duvet,” she told Eurasianet.

Aipova spent four days there before test results showed she was negative for COVID-19.

Only this week did medical experts seem to fully acknowledge the scale of potential risk. Chief medical officer Zhandarbek Bekshin on March 10 predicted that the time for waiting was soon coming to an end.

“Somewhere in the period of March 11-16, we in Kazakhstan will finally have coronavirus […] As soon as somebody has coronavirus, we will adopt special measures,” he said at a press conference.

Bekshin’s forecast sowed anxiety, although the hardened doubters cocked their eyebrows, suspecting that the virus had already, contrary to the official line, made forays among the population.

Some were grimly amused by the wait-and-see posture and Bekshin’s specific timeframe. Memes were quick to follow. One showed the official pictured at an airport arrivals terminal holding up a sign reading: “Coronavirus.” 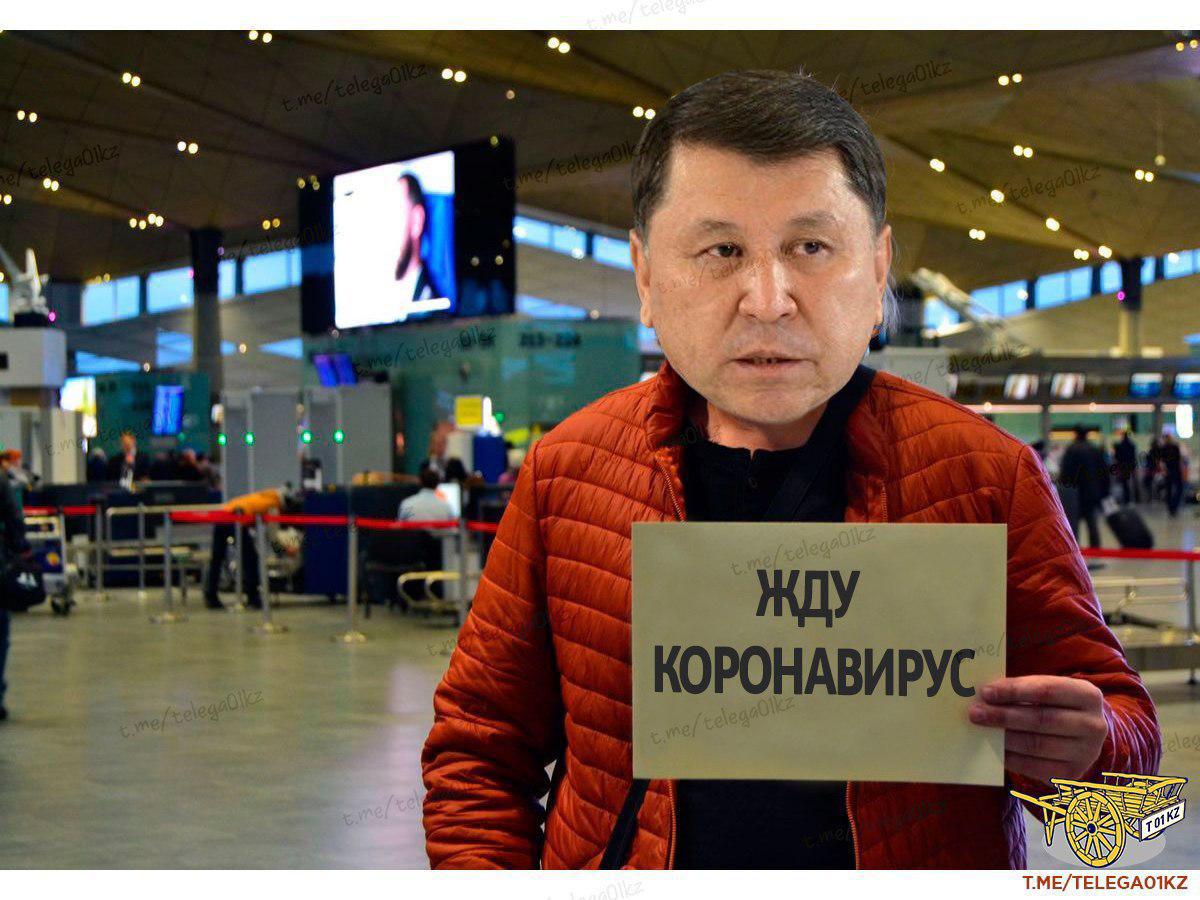 It took the WHO declaring COVID-19 a pandemic on March 11 for specific action to be taken. The day after, President Kassym-Jomart Tokayev ordered the cancelation of all public events, including upcoming festivities to mark the holiday of Nowruz, which falls on March 21 and would have been observed over a number of days.

School holidays are being brought one week forward and will start on March 16. College students will be required to continue their studies long-distance, via the internet. But there have been hiccups on that front. There are already reports of train tickets being sold out several days in advance – although some can apparently be bought from speculators at inflated prices.

Scenes of panic-buying similar to those in already coronavirus-affected parts of the world are unfolding in Kazakhstan, as shoppers storm supermarkets to clear shelves of edibles and other daily necessities.

Deputy Prime Minister Yeraly Tugzhanov on March 12 tried to calm the nerves of the general public, assuring them that Kazakhstan has more than enough “socially important groceries” to last six months. Tokayev on the same day instructed the government to adopt measures to guarantee the steady supply of goods in highest demand.

Panic, however, has far higher infection rates than even the most aggressive virus.

“I’m not an alarmist, but when I saw what was happening in the shops, I was afraid that if this carries on, my family would soon be left without food. So, here I am,” Yelena, a shopper at the Magnum hypermarket in Almaty told Eurasianet as she pushed a cart filled mainly with pasta, flour and toilet paper.

Masks and hand sanitizers have long disappeared from pharmacies.

And while grocery chains are counting on immediate profits, leisure facilities are bracing for grave financial losses. Security measures ordered by the authorities include the closure of cinemas and theaters.

In a grimly predictable development – the same has, after all, been happening in Europe and the United States – businesses perceived as having Chinese links have been hard hit. The China Town restaurant in Almaty is typically packed with customers enamored with its food and low prices. These days, most tables are vacant.

“Many people ask if we get our meat from China. But the border with China has long been closed,” Ulzhan, a manager at the restaurant, told Eurasianet, declining to provide her surname. “We assure customers that we use local ingredients, but they are skeptical all the same.”