New factory in Kazakhstan to produce Chinese automobiles from 2024 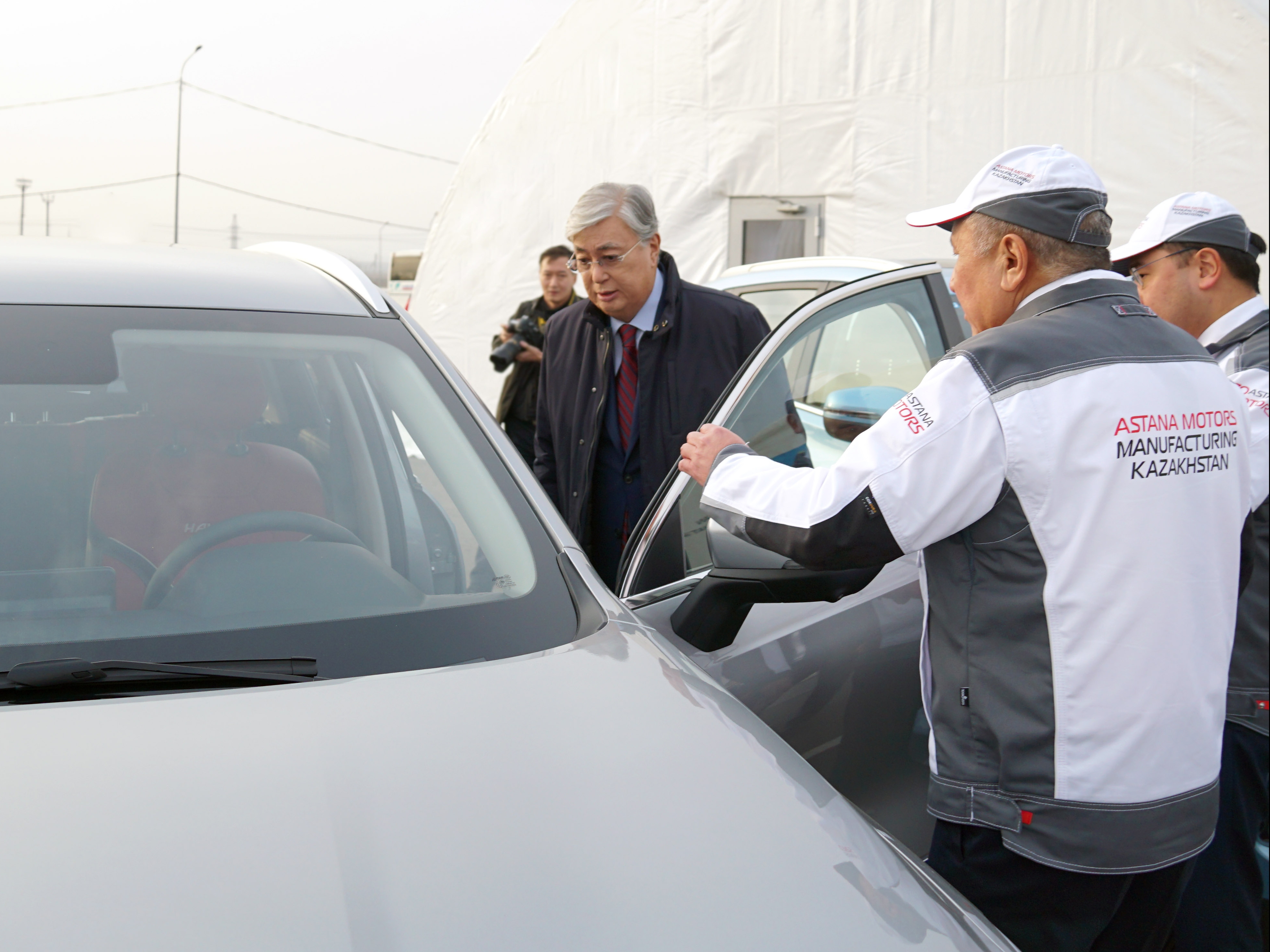 At the wheel: Tokayev attending the ceremony to mark the start to construction work on the Chinese car plant. (Photo: Kazakhstan presidential administration)

Kazakhstan’s president this week oversaw the start to work on construction of a plant that is scheduled to start manufacturing Chinese cars under license from late 2024.

The factory in Almaty, the business capital, will produce models designed by Chinese automobile makers Changan, Chery and Haval, according to a press release from the office of President Kassym-Jomart Tokayev.

“This is a very important project for our country,” Tokayev said on November 15.

Tokayev said the plant was the fruit of talks he had with Chinese President Xi Jinping during the latter’s visit to Kazakhstan in September.

The 100 billion tenge ($216 million) project will be implemented by Astana Motors, a major Kazakhstan-based auto dealer that works at the moment on the retail of cars from Europe, Japan, South Korea and China. The plant has a design capacity for the production of more than 90,000 units per year and is slated to start operating in the fourth quarter of 2024.

Tokayev’s office said the factory will provide work for more than 2,000 people.

The plan is for around 60 percent of automobiles produced in the plant to be exported to countries in the Commonwealth of Independent States – a grouping that includes the bulk of the former republics of the Soviet Union.

The vision is seemingly for Chinese automakers to dominate car sales in the region through aggressive pricing. In Kazakhstan, the government is intent on doing its bit to make that happen. Cars made at the Almaty plant will under a state-backed concessional lending program be made available for purchase over a seven-year installment period without down-payment at 4 percent annual interest. Those terms are considered giveaway by the standards of the current market.

Chinese brands have already made strong inroads in Kazakhstan, despite lingering suspicions about their perceived quality. According to the Kazakhstan Automobile Business Association, a lobby group, Chinese brands accounted for 3.4 percent of new cars sold in Kazakhstan in 2021. That is more than 4,000 units, double the amount sold the previous year. In the first nine months of 2022 alone, four Chinese carmakers have in the aggregate already sold over 6,000 units.

The most favored brand, mainly because of its low cost, is Chery, which entered the Kazakhstan market at the end of last year. Sales figures from September showed it to be the fifth most popular brand, having displaced Russia’s Lada from that spot.

The fading fortunes of Lada are yet another result of Russia’s invasion of Ukraine. The imposition of Western-led sanctions against Moscow have made it difficult for Russian carmakers to source all the components they need to manufacture their products and has accordingly caused a sharp drop in output.

Kazakhstan’s auto sector, meanwhile, is booming. Car production in the period from January to August increased by 25 percent year-on-year, placing Kazakhstan third in the world in terms of growth. Only carmakers in Malaysia and Indonesia grew faster.