They look like versions of the European far right. But many suspect a connection with the ousted government. 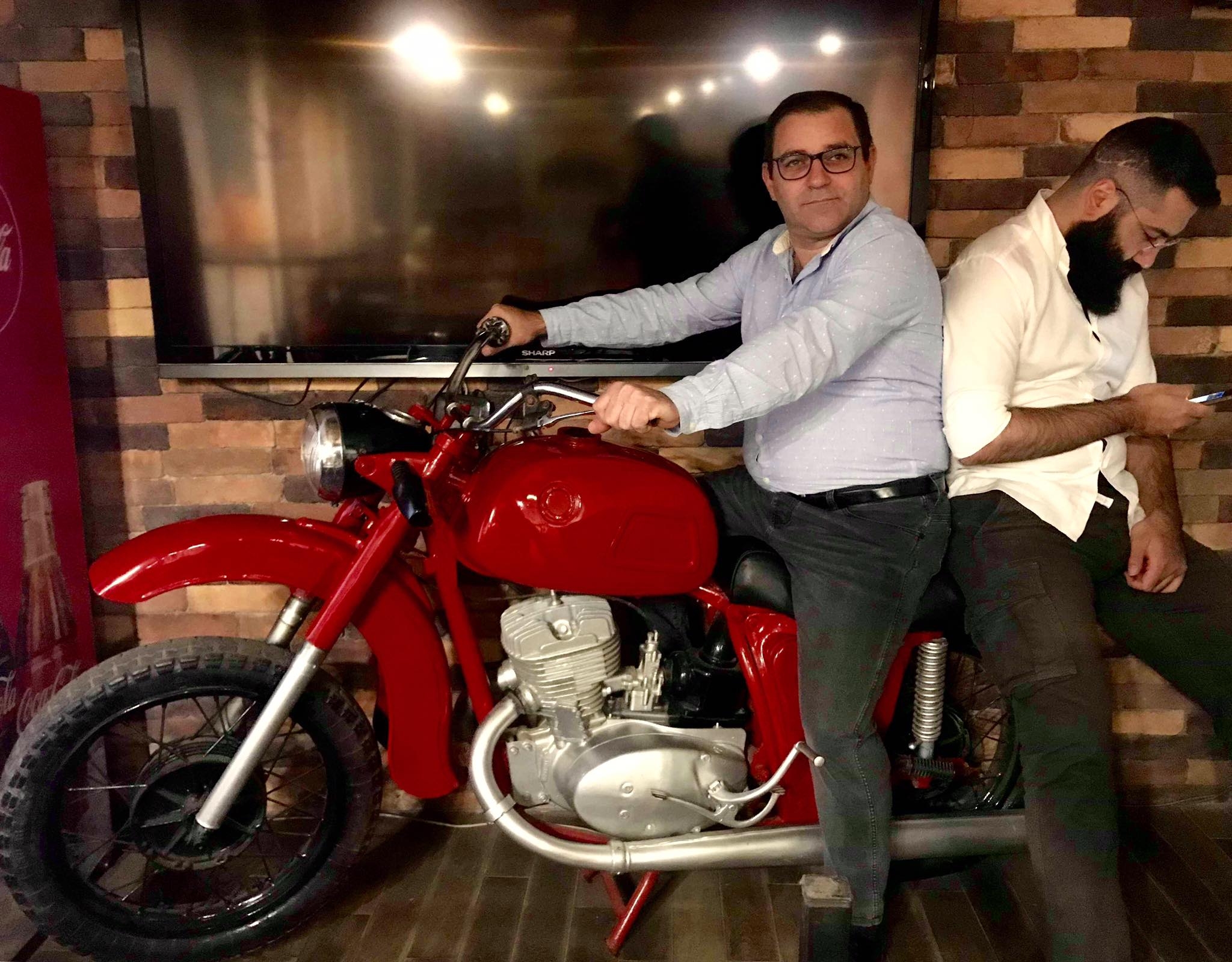 A group that recently emerged in Armenia has a familiar list of enemies: LGBT advocates, the European Union, George Soros. Its members are fond of wearing black shirts and trumpeting aggressive, conservative views.

That orientation at first glance appears to put the group, Adekvad, squarely in the European far-right movement. The far right also has risen in neighboring Georgia, taking advantage of the same conditions now present in Armenia: a liberalizing government and a socially conservative population.

But the picture in Armenia appears to be more complicated. Many doubt the sincerity of Adekvad’s professed beliefs, suspecting that the group is secretly supported by Armenia’s former authorities, or Russia, or both, merely to sow havoc. Adekvad’s leaders, meanwhile, insist that they are simply providing an alternative voice for Armenians disaffected with the new regime.

Whatever the case, its emergence has roiled the Armenian political scene, raising the specter of a dirtier, more confrontational brand of politics.

Adekvad formed last year on social media shortly after the “Velvet Revolution” that brought Prime Minister Nikol Pashinyan to power. In May it announced its entry into real-world politics with an intention to create a political party. It had under 30,000 followers on Facebook (its primary outlet) but was launched into the national political discussion a few days later when Pashinyan issued a dark warning, saying Adekvad was “preparing to use violence” and calling on law enforcement to strike a “very strong counter-blow.” Two days later, police detained several members, leading some to accuse Pashinyan of unnecessarily elevating the group’s profile by giving it the “halo of the persecuted.”

Adekvad had already become notorious to its most frequent targets.

The group, along with a smaller organization with some of the same members, Veto, regularly attacks LGBT Armenians on social media. It has repeatedly supported – and even celebrated – a violent mob attack against a group of LGBT activists and their friends in the village of Shurnukh last August. Several days after the attack, in which nine teenagers were injured, one of Adekvad’s founders, Narek Malyan, posed for a Facebook photo in front of the sign leading into the village, with a caption reading “Free Shurnukh welcomes you.” Another senior member, Artur Danielyan, wrote in a recent Facebook post that LGBT people should be “isolated” like “schizophrenics.”

The most common targets, though, are the new authorities and Pashinyan in particular. While most other opposition forces in the country have lost credibility over the years because of cooperation with various disgraced governments, Adekvad, being new, provides a fresh platform for those who don’t like Pashinyan’s government.

“The current authorities have not fed us anything but boasts,” said Gayane Nazaryan, a sports journalist who says she is impressed with the group, if not exactly a fan. “It’s completely different with Adekvad, where I hear stuff that has a basis, a foundation. They talk about topics that others avoid,” she told Eurasianet.

The group’s message has been amplified by more mainstream media. It gets frequent airtime on TV5, a network owned by a friend of former President Robert Kocharyan. Leaders also have made appearances on Kentron, a network controlled by Gagik Tsarukyan, head of the opposition Prosperous Armenia Party, and Yerkir Media, run by another opposition party, Armenian Revolutionary Federation – Dashnaktsutyun.

Adekvad is not broadly popular, and Veto even less so. Nevertheless, they should be taken seriously “because they are about violence,” said Yuri Manvelyan, a journalist at epress.am. While members have not been implicated in any physical attacks, they are attempting to create an “atmosphere of fear” and play into violent tendencies in Armenia’s political culture, he said. “Real people are under attack.”

Connections to the old regime?

In his speech about the group, Pashinyan suggested members were secret shock troops of the former government. “After one year of attempts and activities these forces finally understood that they are irreversibly marginalized, and lately faced with the prospect of not receiving any political support, certain circles decided to carry out promotion of political legitimization of violence in Armenia,” the prime minister said. “In this context an organized campaign is being carried out, the main message being that they are preparing to solve political issues through violence.”

Although a connection to the former authorities has not been openly established, it is widely believed in pro-government circles. Others allege ties to Russia, as well.

“Even if there is no personal or financial connection to the previous regime, these guys’ messages have been completely in line with what Republicans have been saying and doing since at least 2017, when I first noticed their activity on social media,” Mikayel Zolyan, a former political analyst and now member of parliament in Pashinyan’s “My Step” alliance, told Eurasianet. (The Republican Party was the ruling party until Pashinyan unseated it last year.) “And now what they say or do seems coordinated with other former regime figures and media.”

In an interview with Eurasianet, Adekvad’s Danielyan brushed off accusations of funding or direction from Russia or the former government. He said the group solicits donations via deposits to its bank account and doesn’t ask who is contributing. “It’s possible that some Russian agents have sent money, or even Serzh Sargsyan,” he said, referring to Pashinyan’s predecessor as leader of Armenia.

Danielyan and Malyan, the two main figures behind the movement, offer contrasting images: Malyan, a former senior adviser to the chief of police under the Sargsyan government, has a penchant for being photographed with cigars in his mouth and is more thuggish, making the more explicit threats against perceived enemies. While he was one of the founders of Adekvad, he is no longer active in the group and now focuses his efforts on Veto.

Danielyan, who describes himself as a businessman and economist, is the ideas man, sporting a lush hipster beard and using his Facebook page to promote an Armenian version of the international alt-right or “intellectual dark web” movements.

Until recently, Danielyan was an ally of the prime minister and was a senior strategist in Pashinyan’s Civil Contract party. He said he met Pashinyan at what he recalled as a christening party in 2015 and the two connected over their shared dislike of the Sargsyan government. Although Danielyan never became a member of Civil Contract, he worked for the party for several elections, handing out leaflets and formulating strategy. But he became disillusioned because, he said, Pashinyan was the only senior member who took political ideas seriously. “There were 13 people on the board and Pashinyan was the only one in the whole group who ever read anything,” he said.

Now, he says, Pashinyan has given false hope to Armenians that all of them have the capacity to do well under the new system. What Armenia needs is “a state that reflects meritocratic principles,” he said. “People have the same rights but not the same abilities, and sending the message that they do can result in jealousy because they are doomed to be unsuccessful,” he said.

Liberalism wasn’t an appropriate ideology at the moment for Armenia, he added, saying that the country first needs “20 years” of economic development and education.

In the interview Danielyan said that he has adopted more aggressive language only to keep up with Pashinyan, who also has been noted for using violent imagery in his attacks on the old authorities. He also pushed back against the idea that Adekvad and its partners were far-right, and instead described himself as a “third way” between the left and right. He tried to walk back some of the group’s more controversial positions, such as on LGBT people, arguing that “if someone is an adequate person and gay I could be friends with them.”

He also said that he considers Germany’s right-wing Alternative for Germany (AfD) party to be an allied movement.

Still, Adekvad is hard to classify ideologically, said Hrant Mikaelian, an economist and political analyst. “They have some rightist, statist, and leftist approaches but I don’t see any structured ideology behind them,” he told Eurasianet.

But there is a potential for a far right to emerge now in Armenia, as it has in Georgia since that country’s Rose Revolution, “because rightists are excluded from the parliament and conservatism is widespread,” Mikaelian said.

The groups’ future prospects are unclear. Their social media posts have, in recent weeks, tended to become more defensive, focusing on what members describe as “repressive” attempts by the government to silence them after being called several times for police questioning. They have complained that their ads are being blocked by Facebook, and that members of the government and of parliament are spreading “myths” about them.

Still, in the current information environment in Armenia, where pro-government voices dominate and nearly all other opposition voices are discredited, Adekvad and its allies seem to have gained a foothold by presenting a forceful alternative.

“I don’t see them as a serious threat to the government because the links to the previous regime are obvious and the majority of Armenians would never support a force that has a connection to the old regime,” said Zolyan, the ruling party MP. “Who should be worried about these groups is the opposition. With the support of media outlets close to the former regime, groups like these are able to create a lot of noise, in which the voices of the more serious opposition are drowned out.”