New US Envoy to Turkmenistan Arrives in Time for Business Expo 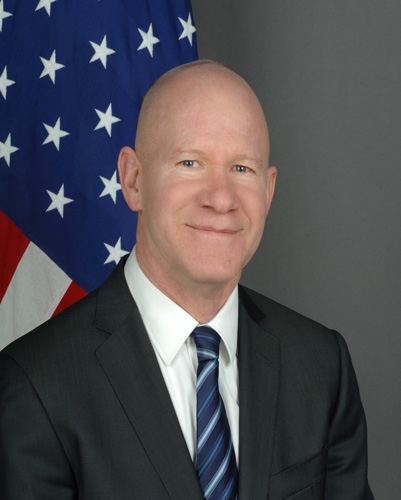 Ambassador Robert E. Patterson, Jr. has arrived in Ashgabat and presented his credentials to President Gurbanguly Berdymukhamedov, the US Embassy and wire services reported. Nominated by President Barack Obama, Patterson was sworn in April 26 for a three-year term.

The new US ambassador -- the first to be appointed as chief of mission in five years -- headed off quickly to Turkmenistan, where the Embassy is now convening a two-day US Business Exhibition May 19-20, to be attended by more than 50 American companies with interests in Turkmenistan. The US is also sending a delegation headed by Department of State Principal Deputy Assistant Secretary for South and Central Asian Affairs Geoffrey R. Pyatt and the U.S. Department of Commerce Deputy Assistant Secretary for Europe and Eurasia Juan Verde.

In his meeting with President Berdymukhamedov yesterday reported by the State News Agency of Turkmenistan (TDH), Ambassador Patterson was quoted as speaking of the "high interest of business circles in the US to expand their presence in the promising Turkmen market," including through new joint ventures, and the prospects for cooperation coming up at the business expo.

Although the ambassador did spend many years in the former Soviet Union, it's unlikely that he actually used the phrase "high interest of business circles" which comes right out of the Soviet-era Pravda lexicon -- just about every dignitary who meets with the Turkmen leader appears to speak from this template devised by TDH, however. Even so, there's no question about his main mission in Ashgabat: trade, energy and security, given Turkmenistan's vast gas resources and its borders on Afghanistan and Iran.

President Berdymukhamedov then spoke of a growing "fruitful partnership on the basis of the principles of equal rights, long-term periods and mutual profit" with the US, and focused first on "productive business contacts with leading American companies in high-yield agricultural machinery and modernization of civil aviation" and then later vaguely referenced "new prospects for cooperation in the energy sector" made possible by "large-scale reform programs" in Turkmenistan.

Although raised in Patterson's Senate nomination hearing, no discussion appears to have occurred about human rights concerns -- not that the state media would necessarily cover it -- although mention in passing was made of the annual bilateral consultations, where democracy and rights concerns are raised.