The Georgian government’s strict, successful early response earned it political dividends. But with a new outbreak, that success is coming under question. 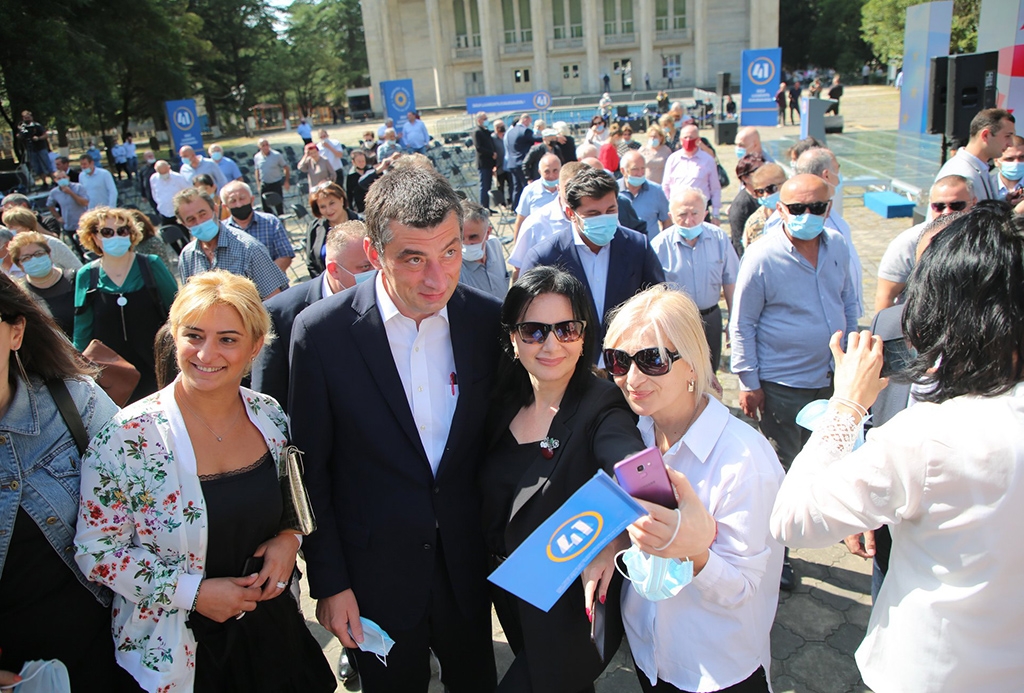 Like many elections around the world this year, Georgia’s parliamentary vote at the end of October is expected to be largely a referendum on the government’s response to the COVID-19 pandemic.

But what had seemed to be a walkover for the ruling party has turned into something more complicated, as Georgia’s early success in combating the virus is at risk of being overshadowed by a new, serious outbreak.

The incumbent Georgian Dream party is thus now being forced into a delicate balancing act. Georgian voters’ patience and wallets are wearing thin because of the strict measures that the government put in place to slow the virus’s spread, but at the same time the softening of those restrictions has allowed a coronavirus wave to roll across Georgia.

GD is thus pursuing a pull-and-push strategy, foregoing renewed domestic lockdowns even as the virus spreads faster than it ever has, while continuing to largely wall Georgia off from the rest of the world.

Early on, Georgia’s quick, aggressive response managed to make the country an island in a sea of infections and one of the world leaders in coronavirus prevention. For most of the spring, the daily tally of new infections stood in the single digits or teens. Since then the ruling party has been basking in the resulting international plaudits.

At the same time, the heavy restrictions also turned out to be a winner in terms of domestic politics.

Georgians proved surprisingly supportive of the array of stringent counter-pandemic measures that the government imposed, including the closure of national borders and schools, the suspension of public transport and car traffic, and shelter-in-place orders. “For most of the [counter-pandemic] policies the government implemented, support was higher than on any policy issue in recent memory,” said Dustin Gilbreath, deputy research director at the Caucasus Research Resource Centers (CRRC), a polling group.

About 80 percent of Georgians approved of the introduction of a 9pm-to-6am nationwide curfew in March and the restrictions on international and domestic travel, according to series of surveys conducted by the CRRC in spring. Even closing large businesses enjoyed over 71 percent support – a surprisingly high rate in a weak economy. It was clear that Georgians then prioritized health over economy.

The government was quick to turn its coronavirus containment success into an electoral message.

Doctors and public health officials at the forefront of the counter-pandemic strategy began appearing at Georgian Dream’s campaign events and praising the government in public appearances, much to the chagrin of their independent colleagues and other observers.

“I don’t want to criticize my colleagues – nobody will benefit if epidemiologists turn on each other – but it is regrettable that public health professionals get involved in partisan politics like that. It will inevitably interfere with their perspective and affect the health of the policy debate that we need to have now,” Maya Butsashvili, an infectious disease doctor and commentator, told Eurasianet.

The deft handling of the coronavirus crisis transformed the image of Georgian Dream, which had previously been not distinguished by its competence or initiative. According to the CRRC’s polls, Prime Minister Giorgi Gakharia’s approval rating tripled from the pre-coronavirus period, with other party leaders’ support growing as well. While precise party ratings over this period aren’t available, a cumulative analysis of several public opinion polls suggests that Georgian Dream’s support – which had been on a steady downward trajectory – turned the corner early this year.

But as the months passed, restrictions like the suspension of international travel, layoffs and furloughs began to take their toll. From mid-May on, the national mood had shifted in favor of lifting the restrictions, as public concerns shifted away from health and toward the economy, the CRRC surveys showed.

“Survey data suggest that over the half of the country had issues buying food during the lockdown at least some of the time,” Gilbreath told Eurasianet. A majority of Georgians, when asked in June about the relative importance of managing the economy and containing the virus, said that the economic impacts were worse than the virus itself, Gilbreath said.

Attuned to the public mood swings, the government began gradually lifting the lockdowns. Most businesses reopened and border regulations were relaxed to let some international visitors in. From March to September, Georgia’s “stringency index” went from the top grade of 100 down to 60, according to the Coronavirus Government Response Tracker, a scale developed by Oxford University.

The spread of COVID-19 went in the opposite direction. With the speed bumps removed, the coronavirus outbreak began accelerating fast by the end of the summer, reaching over 200 new cases a day by late September.

The reopening came at a political cost, as the government’s successful image is taking a hit.

In one key international blow, Georgia lost its much-hyped fast-lane access to the European Union. Until the recent surge, Georgia was in the “green” end of the European Union’s traffic light classifying countries based on their pandemic risk. Parents have been grumbling over plans to bring back in-person schooling given the rising risk.

Still, the authorities are thus far refusing to roll back the lockdowns, apparently wary of the political cost. An aggregation of several pre-September polls put Georgian Dream in a commanding lead, suggesting that the party would win re-election with over 50 percent. But that was before the pandemic surge hit.