Despite freedom of information laws, Kazakh officials often refuse to discuss what Chinese investors are doing. That breeds suspicion. 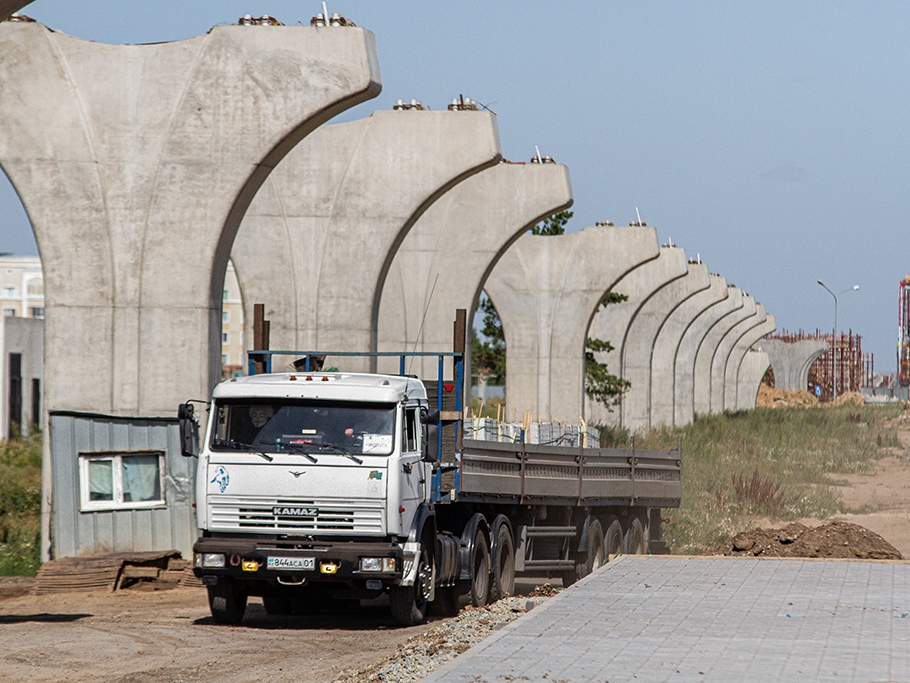 Back in 2015, Kazakhstan and China signed 52 investment deals valued at more than $21 billion.

The agreements signposted Kazakhstan’s strategic importance to Beijing’s recently unveiled Belt and Road Initiative (BRI) and offered Astana a chance to realize its connectivity plans through investments in transport infrastructure.

Seven years on, fewer than half of the projects have been completed and 17 are still under consideration, according to the latest information published by state firm Kazakh Invest.

Now, a new website called Eco China Info aims to track these projects with a focus on their “social and environmental consequences.”

That this will be a tall order is underscored by some of the responses to freedom of information requests Eco China Info researchers file with Kazakh government offices, which they publish on the website.

For example, the site profiles the Astana Light Rail Transit (LRT) in the capital, which has become known popularly as “a monument to corruption.” Millions of dollars allocated to the project were allegedly embezzled with only a fraction of the railway – some of the concrete supports for the track – completed to date.

Asked this year for information about environmental analysis done on the LRT and its impact on the river Yesil, environmental authorities in Astana responded that they had destroyed project documents because they were not required to hold them longer than five years.

The prime minister said last month that his government had allocated a further 20 billion tenge ($43 million) to Chinese and local contractors overseeing construction of the LRT, which was expected to be completed in June 2020.

Another project profiled by Eco China Info is the Zhanatas wind farm.

In this case, there was an environmental study carried out by the Asian Infrastructure Investment Bank (AIIB). But a foreign researcher who visited the site last week, Beril Ocaklı, complained of an atmosphere of secrecy and intense surveillance of her visit by local authorities.

Although progress has been slow, the projects that have been completed – worth roughly $4.5 billion – have allowed a “certain diversification” of the economy, which has long relied on crude oil exports, Eco China Info argues.

Even the oil sector has been hampered by a lack of modernization, with Astana still relying on imports from Russia to fulfill its refined fuel needs.

The China-backed modernization of the Shymkent oil refinery has eased this dependence – albeit not without provoking environmental complaints in the communities living closest to it.

A petrochemical works near the city of Atyrau that was inaugurated by President Kassym-Jomart Tokayev on November 8, meanwhile, is expected to create over 600 jobs in the coming years. This $2.6 billion facility was part financed with loans from the China Development Bank and has the capacity to produce 500,000 tons of polypropylene per year – or 1 percent of global production.

In 2019, the long log of planned Chinese projects – at the time, not fully disclosed by the government – became the focus of small protests held across the country against “Chinese expansionism.” Opponents argued that investors would employ technology that had become outdated in China and might pollute Kazakhstan’s environment.

One of the first of the 52 investments to come into fruition, a cement factory in Kyzylorda that was completed in 2018, appeared to justify those fears: Residents living within 500 meters of the factory raised the alarm over negative health effects and impact on livestock. Last year environmental activists sued to force authorities to hand over an environmental impact study – in line with national law – but failed.

Researcher Sergei Solyanikov, who curates Eco China Info, said in an interview this week that perceptions of a lack of transparency about Chinese investments have contributed to a negative image of the BRI in Kazakhstan.

“To say that everything is completely closed would be wrong. Some information is coming, both on the [52 projects] program as a whole and on individual projects,” Solyanikov told the Living Asia environmental platform. “But there is no detailed information, and such information is very necessary.”