Georgian security services are looking into Georgian writings that appeared in the Christchurch shooting; Armenian groups condemned his citation of their history. 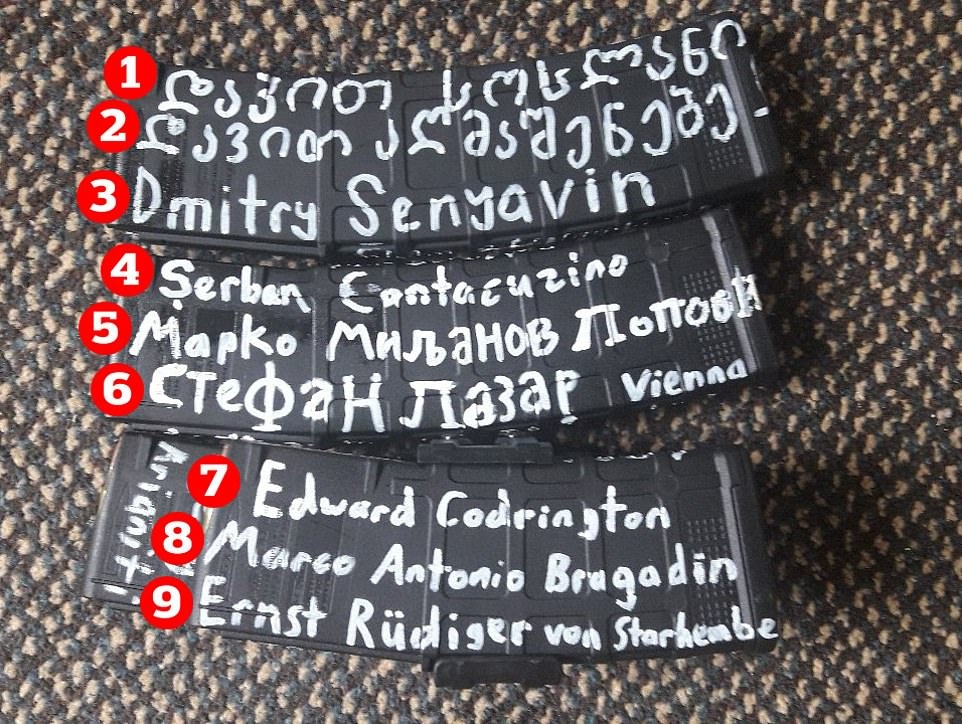 While the world reels from the mosque shootings in New Zealand, some in the Caucasus are puzzling over the alleged gunman’s references to their own history.

The accused shooter’s Twitter account showed images, posted ahead of the attack, of rifle magazines scrawled with a variety of historical references, including some written in Armenian and Georgian.

The Caucasus is an ancient bulwark of Christianity, and for centuries it was a front of Christian-Muslim confrontations. And what the two Georgian Davids have in common is their famous battles against Muslim enemies of Georgia, leading to the assumption that the killer took inspiration in these ancient conflicts.

Other magazines posted by the accused shooter, Australian Brenton Tarrant, were mentions of the Battles of Sarıkarmış and Sardarabad, World War I fights in which Russian and Armenian forces defeated the Turkish army. They were among many references to historic battles against Islamic forces, including others from the Balkans and Eastern Europe.

The Armenian National Committee of Australia issued a statement condemning the Armenian references.

Georgians have no record of participating in terror attacks against Muslims, but the nation has recently seen a growing antagonism against Muslim immigrants. Ultranationalist groups marched last year down the David the Builder Avenue – a part of capital Tbilisi that is popular with Middle Eastern visitors and immigrants – and called for tightening of immigration laws.

Georgia’s ambassador to Australia, the closest diplomatic outpost Georgia has to New Zealand, said on March 15 that Georgia had not received corroboration from New Zealand authorities about the alleged writings. “The investigation has not reached out to us yet,” Ambassador Giorgi Dolidze said. But later on the day of the attack Georgia's security agency launched an investigation.

“The State Security Service is in touch with our strategic partners to receive detailed information on the individuals arrested and weapons seized in the terrorist attack,” the agency said in a statement on March 15.