No European solution for Georgian crisis 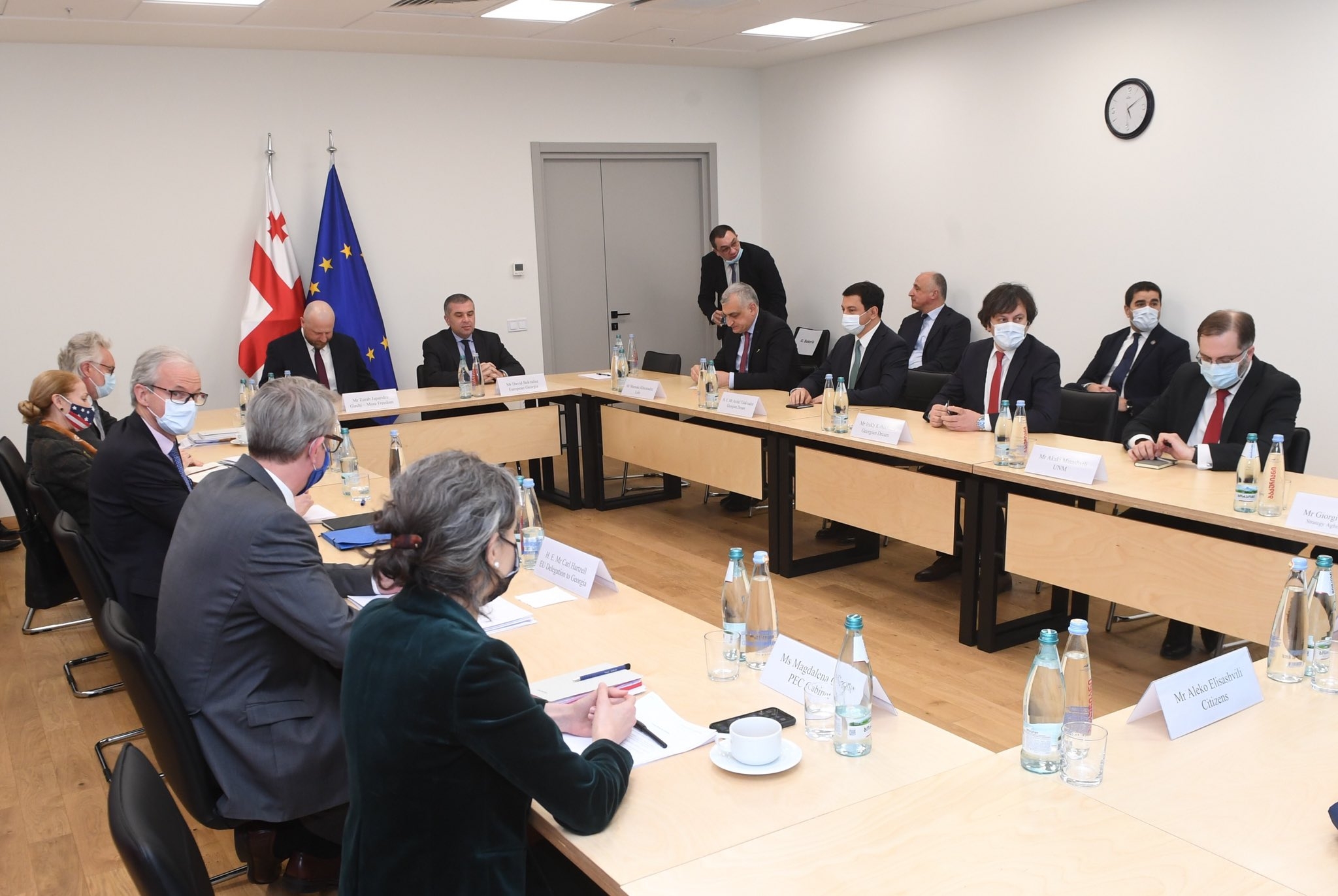 The European Union’s second attempt to reconcile the Georgian government and opposition has failed, leaving the country stuck in a political crisis that is appearing more and more like a chronic condition.

After eight hours of arduous negotiations on March 30, EU-commissioned mediator Christian Danielsson reported that all sides refused to go along with a proposed solution to the months-long political stalemate that has left the nation’s legislature one-third empty and the two sides engaged more in fighting one another than anything productive.

“I’m sad to report that none of the political parties could agree to this solution in whole,” said Danielsson, an envoy of European Council President Charles Michel, before wrapping up his mission to Georgia.

Danielsson’s mission was the latest and one of the more high-level attempts by Georgia’s western partners to mediate a solution to the ongoing crisis in the country, which has been festering since the opposition refused to accept the results of controversial parliamentary elections in November.

The government and the opposition rushed to blame one another for the unsuccessful outcome of the effort, the EU point man’s second trip to Georgia this month. “Disrupting the talks was by default the goal of the radical opposition’s leader [ex-president] Mikheil Saakashvili,” said Irakli Kobakhidze, chairman of the governing Georgian Dream Party.

The opposition, meanwhile, put the blame at the feet of Georgian Dream’s founder and de facto leader, billionaire Bidzina Ivanishvili. “Ivanishvili and his entourage have not moved away from the nationally destructive position… to retain power and the status quo at any cost,” said Giga Bokeria, of European Georgia party.

Earlier on, one European parliamentarian had proposed that Georgians just cut to the chase and let Ivanishvili and Saakashvili participate in the talks directly. “They are the true leaders of both political parties [Georgian Dream and United National Movement],” said Andrius Kubilius in comments to Georgian media. “The formal leaders involved in the talks don’t understand their responsibility and can’t find a compromise.”

The sides appeared willing to go along with Danielsson’s proposals on reforms to Georgia’s electoral, legislative and judicial systems. But they got hung up on the two most contentious issues pushed by the opposition: snap parliamentary elections and the release of what they call political prisoners, most notably Nika Melia, the chairman of the largest opposition group, the United National Movement.

Danielsson’s proposed roadmap suggested solving the issue of the prisoners as part of a broader amnesty. It did not envisage snap elections, but rather laid out reforms that would help ensure that there are less question marks raised over the electoral process in the future.

There were hopes that high-level involvement of the European Union, which Georgia hopes to join in the future, would force the feuding sides to restore the process of democratic governance that has been derailed since last year’s disputed election.

Michel, who has a reputation of a political crisis manager, himself personally mediated between Georgian political groups during a February 28-March 2 visit to Tbilisi before dispatching Danielsson to continue the work. He then called on all parties to work toward a solution to the crisis that he said is of “great concern” for the bloc, which tightly cooperates with Georgia via its neighborhood policy.

Danielsson, upon heading back to brief President Michel on his mission, said the EU will continue helping Georgia find a way out of the impasse. “It will be naturally up to him [Michel] to decide on the next steps and the timing of such steps,” Danielsson told reporters. Addressing the Georgian people, he said: “I know your level of expectations and I fully share your frustration.”