No Longer Under Sanctions, Uzbekistan Gets 300 Armored Vehicles From U.S. 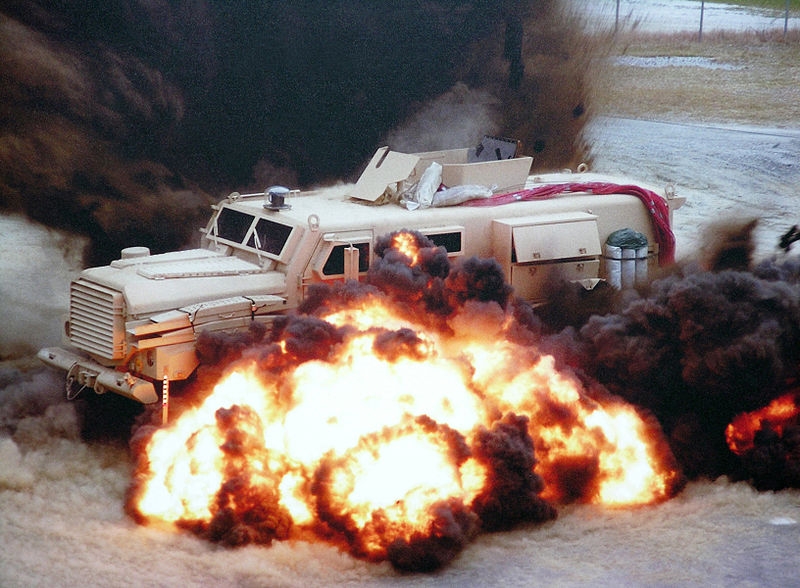 An MRAP vehicle, of the type the U.S. is donating to Uzbekistan, undergoes testing. (photo: U.S. Marine Corps)

The United States is donating over 300 armored vehicles to Uzbekistan's military, American officials have announced. The deal, the largest ever transfer of military hardware from the U.S. to an ex-Soviet Central Asian states, comes just three years after Washington lifted a ban on weapons exports to Uzbekistan because of the country's poor record on human rights.

In an interview with the Voice of America's Uzbek service, Deputy Assistant Secretary of State for Central Asia Daniel Rosenblum said that the U.S. is giving Uzbekistan 308 Mine-Resistant Ambush Protected (MRAP) vehicles, along with an additional 20 support vehicles.

The possibility of the U.S. donating MRAPs has been discussed for some time now, but it's usually been framed in terms of getting equipment the U.S. discards as it pulls out from Afghanistan. That won't be the case with these vehicles, however, they are instead being delivered from the U.S. and other American military bases abroad under the Excess Defense Articles program, the standard way that the U.S. military gives leftover equipment to allies. Uzbekistan's government is paying the cost to ship them to Uzbekistan, Rosenblum said.

The U.S. has given Central Asian states some used gear under the EDA program in the past, notably patrol ships to Kazakhstan and Turkmenistan and utility helicopters to Kazakhstan. But this dwarfs any of those transfers. It's not yet clear what variant of the MRAP Uzbekistan will be getting, but the DoD has valued most of the MRAPs it's given away lately at about $100,000 each, which would make this deal worth over $30 million.

It also appears to be the largest transfer of MRAPs under the EDA program to date. According to the EDA program's database, the biggest recipient to date of MRAPs has been Croatia, which has gotten 212, followed by Jordan, with 131. (Burundi, Djibouti, Poland, and Uganda also have gotten small numbers.) The database doesn't yet include Uzbekistan, however, and there are many more MRAPs left to give out, with Afghanistan, India, and Pakistan possible recipients of big shipments to come.

Uzbekistan is badly mistrusted by many of its neighbors, in particular Kyrgyzstan and Tajikistan. Those countries, as it happens, are now Russia's major recipients of military aid in the region. Russian media has tended to portray Uzbekistan as the U.S.'s bridgehead in the region; now, no doubt, these MRAPs will be exhibit A in making that case. Nevertheless, the U.S. has been sensitive to upsetting the military balance in the region, Rosenblum said:

We made similar offer of excess defense articles to all Central Asian countries.  Tajikistan and Kazakhstan have also expressed interest. We are working with them to determine a) whether any excess defense articles are what they need and b) whether we have what they want. So, it’s a two-way process. As far as the delivery of the MRAPs, that decision, we were very transparent with all the Central Asian countries, we made sure they were aware that was happening, so not have any surprises. So, this was done, I’d say, in a transparent way.

Rosenblum didn't try to make the case that Uzbekistan's human rights record had improved since military aid to the country was reinstated, but he emphasized the "defensive" nature of the MRAP and the fact that the U.S. and Uzbekistan have mutual security interests:

Security is an area where we do share interests, share concerns. We also are worried about terrorist threats; we are very concerned about narcotics trafficking that goes through the region and in those areas we want to cooperate. Because cooperating with countries like Uzbekistan is the best way to address those threats. At the same time, it is very much a part of our policy in the region and globally, frankly, to emphasize the importance of democratic development and respect for international human rights.

But many around the region will likely be wondering what sort of connection there is between a country's human rights record and its eligibility to receive American military aid. In 2012, just after the restrictions on military aid to Uzbekistan were waived, some U.S. defense officials in the region said that it was sending a mixed message: “It makes the people mad that we do anything with them [Uzbekistan]. They say, ‘Really? Here [in Kyrgyzstan] you talk about human rights, they’re [in Uzbekistan] not so good at it," one such official said. "The desire to work with people outweighs the desire to do the right thing sometimes.” Now that Kyrgyzstan has seen its military aid cut after kicking out the U.S.'s Manas air base, and Uzbekistan gets a big shipment of armored vehicles, it's reasonable to expect that sentiment to grow even stronger.

The deal also raises questions about what the strategic logic is for the U.S. Uzbekistan is probably the least vulnerable country in the region -- as then Assistant Secretary of State for South and Central Asian Affairs Robert Blake noted in 2013, "The [Uzbekistan] government remains confident it can control its border with Afghanistan but is less sure about its neighbors’ ability to do so." So why the heavy focus on building up Uzbekistan's forces? Until recently, the answer would have been: as a quid pro quo for Tashkent's cooperation on transit to and from Afghanistan, the Northern Distribution Network. But with that mission winding down, and Uzbekistan being an increasingly unimportant part of it anyway, this should be less of a factor. Last July, in fact, the White House's top Central Asia adviser, Celeste Wallander, told VOA Uzbek that with the Afghanistan mission winding down, U.S. priorities would be rebalancing away from security:

So much of our focus has been on security, because that was necessary because of the Afghanistan mission. During my trip I had a very strong view that that was important and that the security cooperation needs to continue. But now we have an opportunity with this transition to have more of a balance and support the engagement of all our partners more broadly in the economic, political, and social spheres.

Not quite yet, it seems.