Not lovin’ it: Russia’s war forces McDonald’s out of Kazakhstan 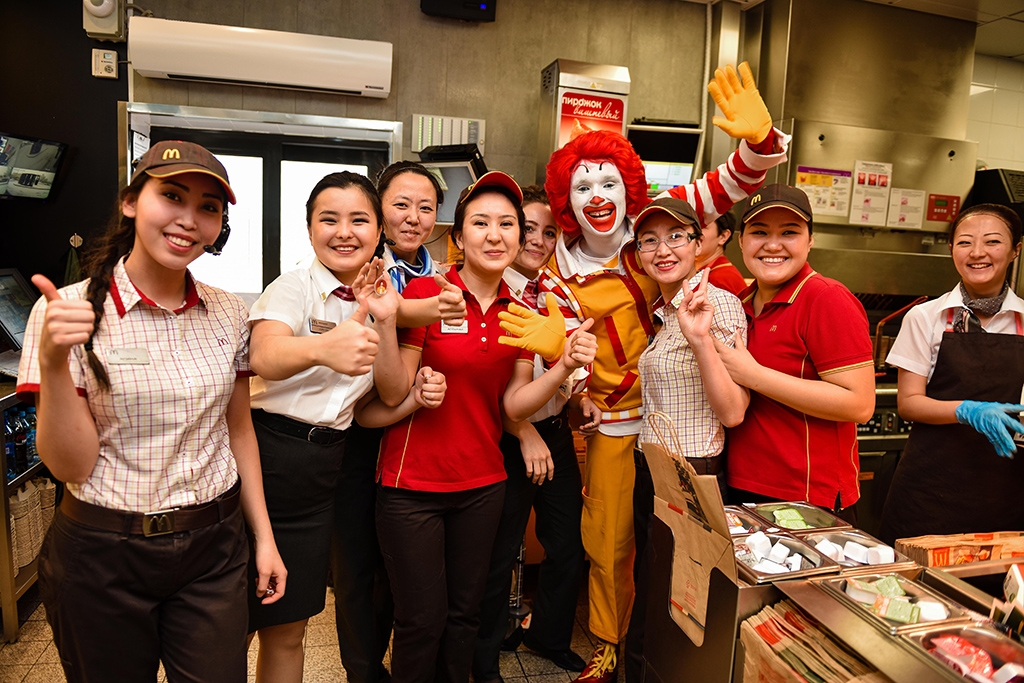 “The chain of fast food restaurants under the management of the Food Solutions KZ limited liability company is stopping work under the McDonald’s brand in Kazakhstan because of restrictions in supplies,” the company announced on January 5.

The invasion of Ukraine had already compelled McDonald’s to pull out of Russia, where its restaurants have reopened under a local brand called Vkusno i Tochka (Tasty, Period).

McDonald’s did not specify what supply chain problems it faced in Kazakhstan. But the announcement followed a report by Bloomberg news agency which shed some light.

McDonald's was “set to abandon Kazakhstan after disruptions triggered by the invasion of Ukraine left the central Asian nation without a substitute for Russian meat supplies,” Bloomberg reported on January 4, citing anonymous sources.

Specifically, the firm cannot source meat patties to make burgers from Russia, which has supplied them since McDonald’s opened in Astana in 2016 to much fanfare.

Large crowds and government officials turned up for the opening, which was a landmark in Kazakhstan’s attempts to lure big brands. McDonald’s went on to open 24 outlets around the vast country.

At that time, McDonald’s was well-connected in Kazakhstan: The franchise was run by Kairat Boranbayev, who was related by marriage to Nursultan Nazarbayev, the then president. Boranbayev is now under arrest facing corruption charges.

The closure was supposed to be temporary, as the franchise operator sought to replace Russian products with supplies produced locally and in other countries.

The government said in November it was helping McDonald’s localize supplies, but whatever it did was not enough.

“The Kazakh business was unable to source meat patties from local or European suppliers, with higher prices and freight costs to transport supplies across the vast nation would mean running business at a loss,” Bloomberg quoted its sources as saying.

While it is obvious why this would apply to meat imports from Europe, it is not immediately clear why transport and logistics would be a barrier to sourcing homegrown beef. Quality and health and safety certification may have been stumbling blocks.

This is despite the fact that the government of Kazakhstan, a country with a strong cattle rearing tradition, has been trying for well over a decade to develop animal husbandry.

There are strong links between cattle farmers in northern Kazakhstan and North Dakota, with Angus and Hereford cows from the American state transplanted onto the Kazakh steppe. U.S. cowboys have jetted over to share expertise, and Kazakh cattle breeders have gone the other way for training.

Kazakhstan has also imported heifers from Ireland, Australia and Canada in attempts to improve breeds and boost production and exports.

Kazakhstan stepped up its drive in 2014, trying to fill a gap in the market caused by sanctions imposed against neighboring Russia over its annexation of Crimea.

Despite all these efforts under a program into which at least $1 billion has been poured, Kazakh beef has proven unable to fulfill McDonald’s requirements.

That is perhaps not surprising: Industry officials were complaining only in December of a lack of development in the animal husbandry sector.

But fast food guzzlers in Kazakhstan need not despair: Just as in Russia, the burger chain is set to open under a new local brand “in the near future,” McDonald’s Kazakh partner said.

Whether consumers will be lovin’ it or not, it did not speculate.