Iranians increasingly visit the South Caucasus to let their hair down – often literally. 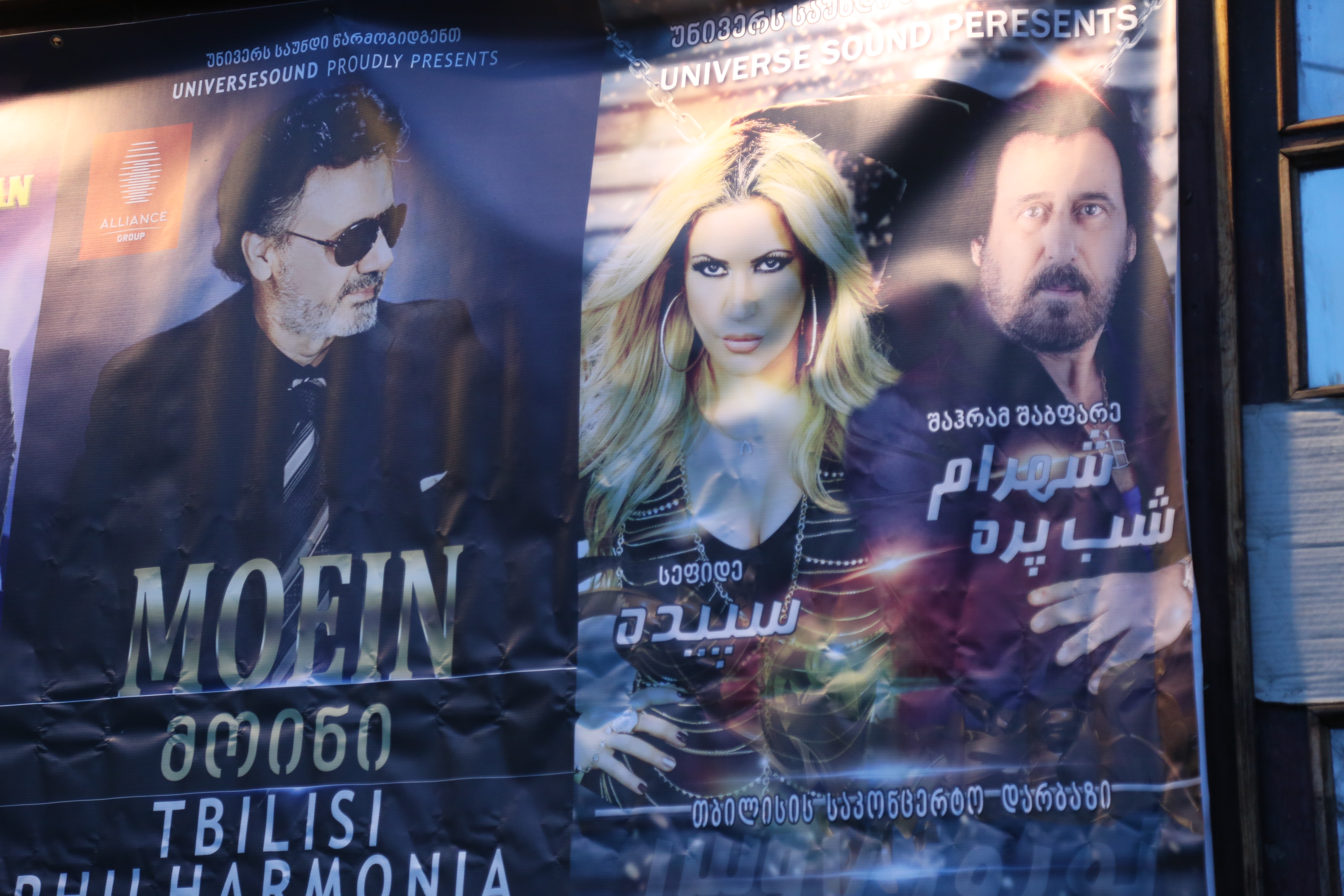 Nowruz, the Persian New Year, brings one certainty to Armenia, Azerbaijan and Georgia these days – an invasion of Iranian holidaymakers. Come the vernal equinox and the weeks-long holiday in Iran, hundreds of Iranians flock to the three countries, where the hospitality business is increasingly geared to serve travel-hungry neighbors from the south.

On a restaurant-lined promenade in Tbilisi on March 21, the festivities were in full swing. Men, eclectically attired in flashy tracksuits or gray blazers and slacks, and women with heavy makeup and carefully contoured eyebrows, spread their arms and shimmied their shoulders as bystanders looked on, their phone cameras rolling.

“We are from Iran,” said one of the dancing men, catching his breath and speaking effortful English. “We come here two times already, last year and this year,” he went on, identifying himself as Farhad. His wife, her headscarf pulled halfway back, approached to put in a word but ended up laughing giddily, burying her head in Farhad’s arm.

Farhad, who is in his mid-twenties, said that he, his wife and friends drove in a van from the northern Iranian city of Tabriz, making a two-day stop in Baku, Azerbaijan. “Baku is [a] very beautiful city, but is also very…” Farhad rubbed his thumb against his index finger.

Later that night, there was an awkward scene in one seedy underground bar, a money trap for foreign visitors to Tbilisi. Large Iranian families, oblivious to the club’s sketchy reputation, strayed into the half-empty lounge, where hip-hop music was blasting and the disco ball spun. Children took over the dance floor and cut loose as their parents and grandparents, some wearing headscarves, clapped on.

The club’s flummoxed staff struggled to switch to a family-friendly mode. Waitresses changed out of their stilettos and threw jackets over their bare shoulders. The barman ran to a nearby supermarket to get loads of ice scream ordered by the unusual customers. “No English. Gamarjoba [Georgian for hello],” the visitors responded to questions, rolling with laughter.

By day, scores of Iranians, mostly large families, could be seen this Nowruz strolling on Tbilisi’s main street, Rustaveli Avenue, haggling with street vendors and taking photos in front of Parliament. All over downtown, posters in Georgian and Persian touted concerts by Iranian artists. Tbilisi’s grand music hall, the Philharmonia, was booked for an entire week with shows by Iranian and Middle Eastern performers that Georgians have never encountered.

Similar scenes unfolded in the Armenian capital, Yerevan. News reports say that hotels are sold out and tour companies have scrambled to keep up with the stream of Iranian tourists, who went sightseeing and attended concerts by Iranian performers. Some visitors even tried a record (40-meter-long) Armenian gata sweet bread that was baked for their entertainment.

Armenian aviation authorities said that on top of the regular Iran-Armenia flights, an additional 40 flights were scheduled this March and April. “We don’t know how many Iranians are going to visit Armenia this year, but we know that every year the number is growing,” Zarmine Zeituntsian, chairwoman of the State Commission for Tourism, was quoted by Panorama news service as saying.

“Armenia will operate a hotline around the clock during the whole period of Nowruz,” she said, adding that police and paramedics are working to ensure a “safe trip for them [Iranians] starting from the border.”

Last year 220,000 Iranians visited Armenia, a 16 percent increase from 2016, according to official data. Georgia hosted 322,000, while Azerbaijan had the largest number of Iranian visitors, at 362,000. Tour operators in all three countries compete for the Iranian market, with online or on-the-ground advertising events, but there seem to be plenty of Iranians to go around.

Besides geographic proximity, affordability and open arms, Georgia and Armenia are among the few countries to admit Iranians visa-free. Azerbaijan has an expedited visa procedure for Iranians.

Georgia “is cheap, close and safe, and they can get a European experience here,” Giorgi Lobzhanidze, an Iranian studies professor at Tbilisi State University, told Eurasianet.

Though Iranian tourism is a growing, welcome source of revenue for all three countries, it is also a cause of discontent in nationalist-inclined quarters. Persia was the dominant power in the South Caucasus for centuries until Russia conquered the region in the early 19th century. Relations ended on a bad note. Tbilisi, for one, was brutally sacked by Persia’s Agha Mohammad Khan in late 18th century.

Today, Azerbaijan and Iran have barely muffled irredentist claims toward each other. Armenia and Georgia, being ancient majority-Christian cultures, largely define their national identity and history by their resistance to Muslim invaders, including the Persian Empire. Centuries-old grievances are very much alive in both countries. The names of Persian shahs often serve as synonyms for atrocity and mass murder in Georgia.

The nationalist fringes of Georgian society now complain about the influx of people who are described as ancient enemies in history textbooks, literature and film. There is a dose of the same in Armenia, where some bars and restaurants even put up signs saying, “No Iranians Allowed,” said Zeituntsian, the chairwoman of the State Commission for Tourism.

“The negative attitude toward Iranian tourists among some Armenians is a result of an inferiority complex and also a distorted idea that all Muslims – Arabs, Iranians – are ‘Turks’, and therefore our major political enemies,” local media quoted her as saying on March 17. Armenia and Turkey are at loggerheads over the mass slayings of Armenians in the Ottoman Empire; Turkey also allies itself with Azerbaijan in its ongoing conflict with Armenia.

But with a fast-growing industry increasingly benefiting from openness to Iran, these historic grudges are getting trumped by the bottom line.