A new project from the UNDP looks at women’s political representation around the region and finds modest gains over the past 25 years. 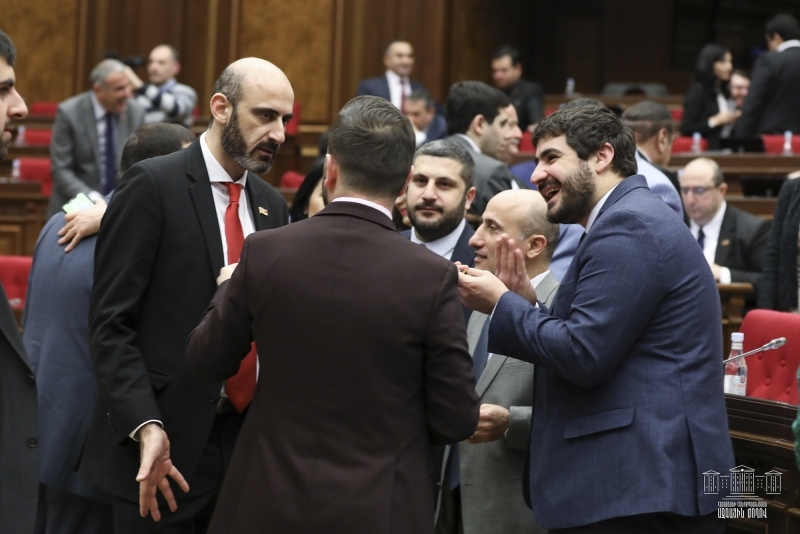 In spite of having one of the highest proportion of women in parliament in the Caucasus and Central Asia, Armenia's National Assembly remains a male-dominated body. (photo: parliament.am)

The presence of women in parliaments across the Caucasus and Central Asia has risen in the last 25 years, albeit slowly: in most countries in the region, between 15 and 25 percent of their MPs are women.

That is the conclusion of a newly released project by the United Nations Development Programme, Equal Future.

Three countries in the region have laws mandating gender quotas for parliamentary elections: Armenia has a quota of 25 percent, and Kyrgyzstan and Uzbekistan each 30 percent. Nevertheless, all those countries’ proportion of women in the parliament still fall below their quota targets.

There doesn’t seem to be much correlation between the level of democratization in the countries and the amount of women in the parliaments: Georgia, the most democratic country in the region, ranks close to the bottom with only 15 percent of MPs being women. Highly repressive Turkmenistan, meanwhile, is close to the top of the regional rankings with 25 percent.

“Looking at Georgia’s place at the low end of the rating and with parliamentary elections just around the corner, we call for resolute action to reverse this trend,” Louisa Vinton, the head of the UNDP office in Georgia, said in a press release. “It’s staggering to see that the vast potential of Georgia’s capable, courageous and well-educated women is still not being recognized and leveraged for the political, social and economic advancement of the country.”

Armenia has seen the biggest increase in recent years: in its 2017 parliamentary elections the proportion of women jumped from 10 percent to 19 percent, and then again to 24 percent in the next elections, in late 2018.