The hydropower plant meets around 70 percent of Tajikistan’s electricity needs. 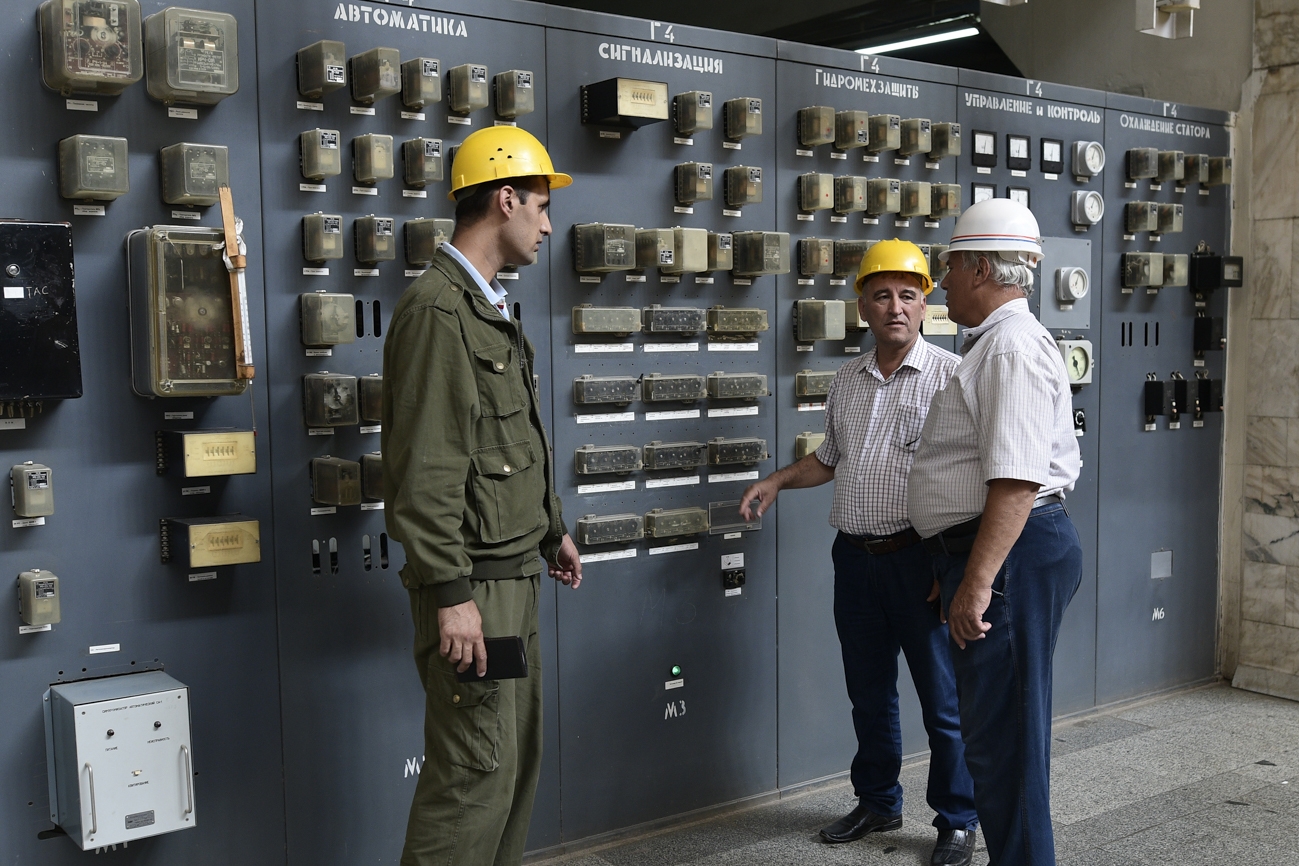 Technicians at a control center in the Nurek hydroelectric plant. (All photos by Nozim Kalandarov) 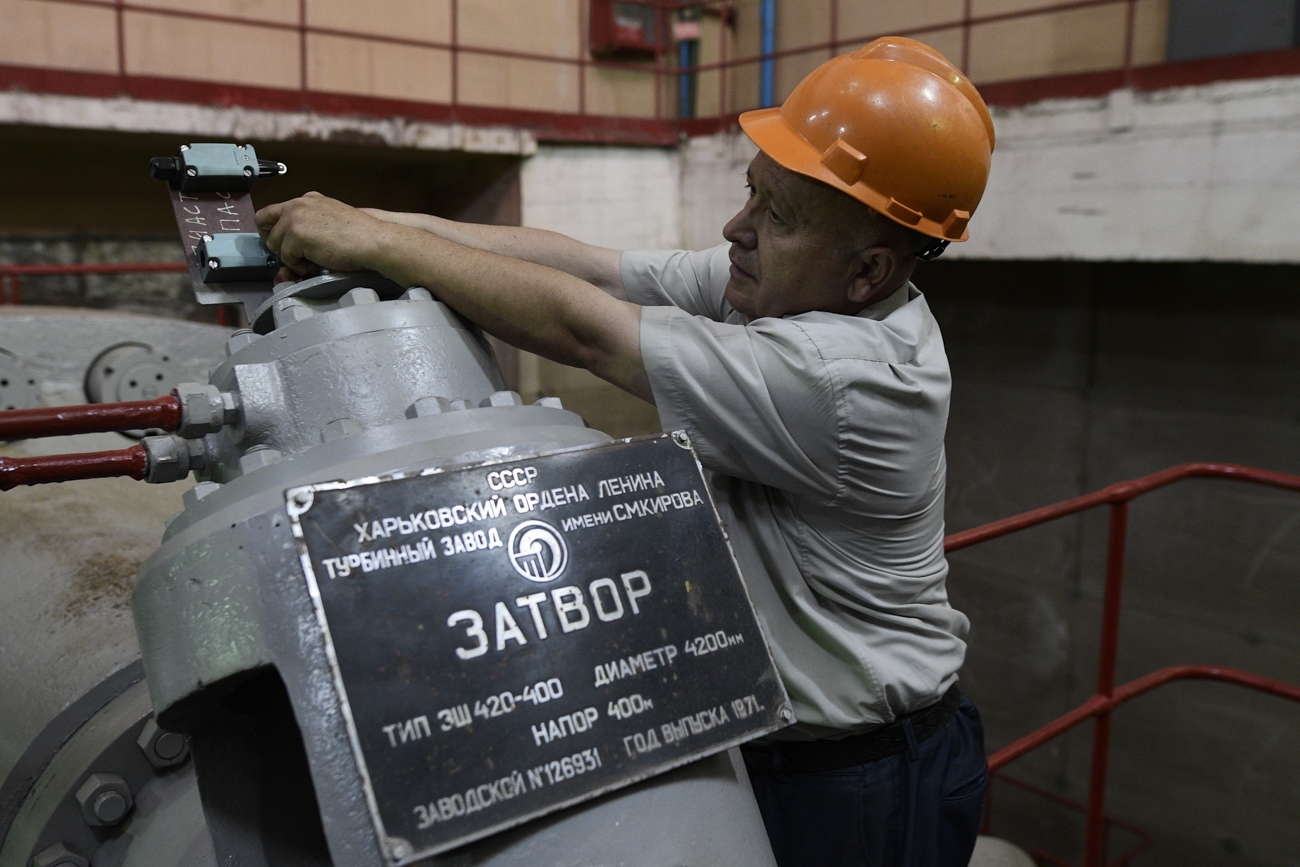 A plaque showing where Nurek plant’s turbines were produced, in the Soviet-built Kirov Turbine Plant in Kharkov, Ukraine. 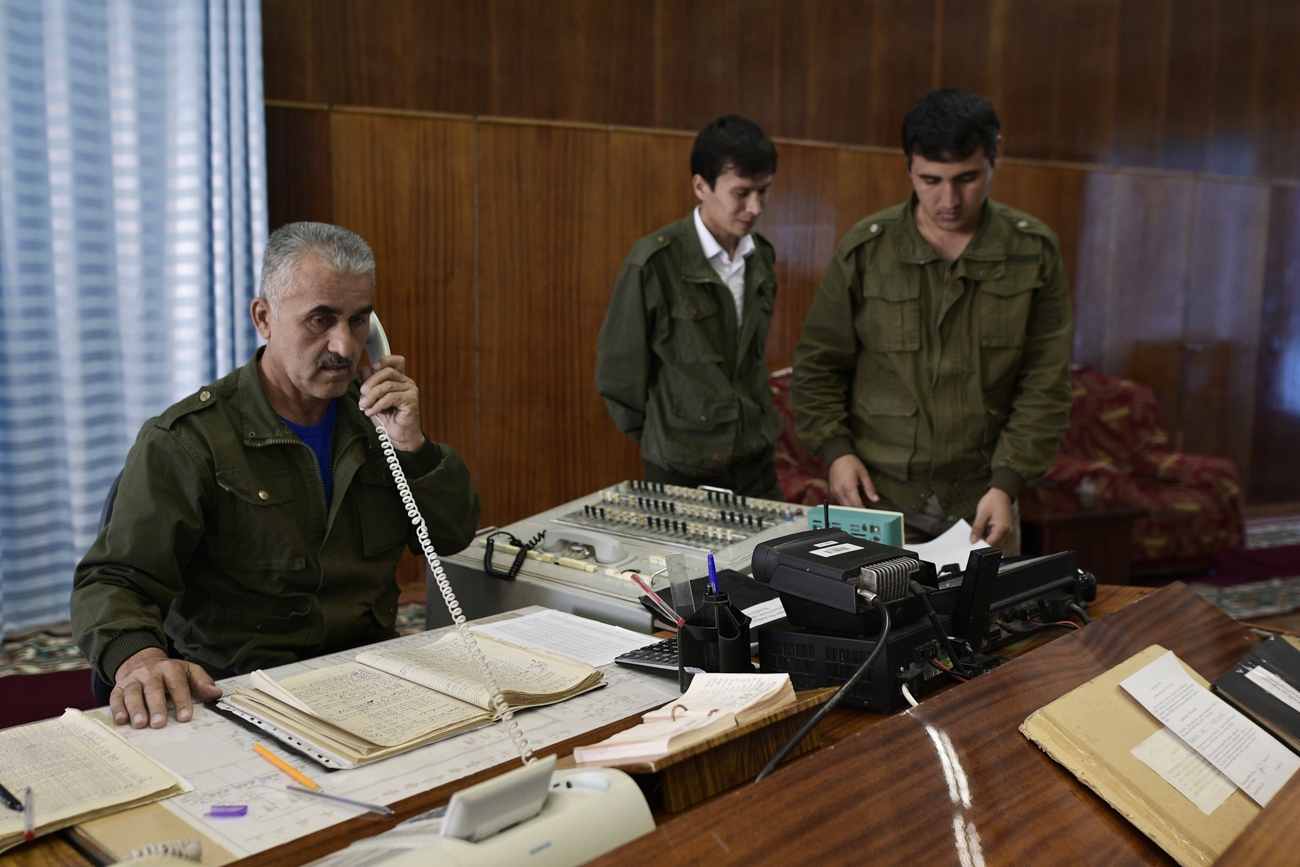 A senior technician at the Nurek hydroelectric plant issuing instructions by telephone. 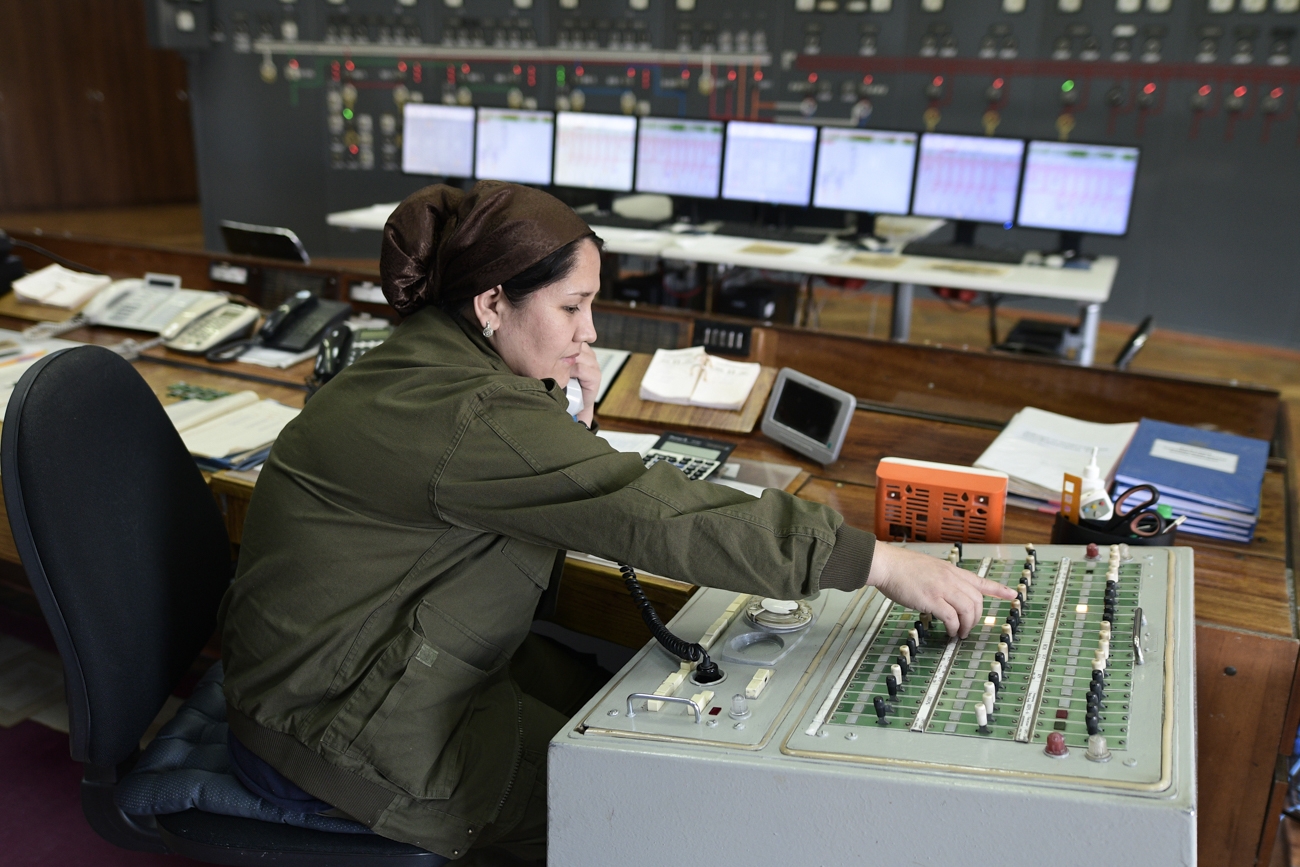 A technician at the Nurek hydroelectric plant operating a telephone switchboard. 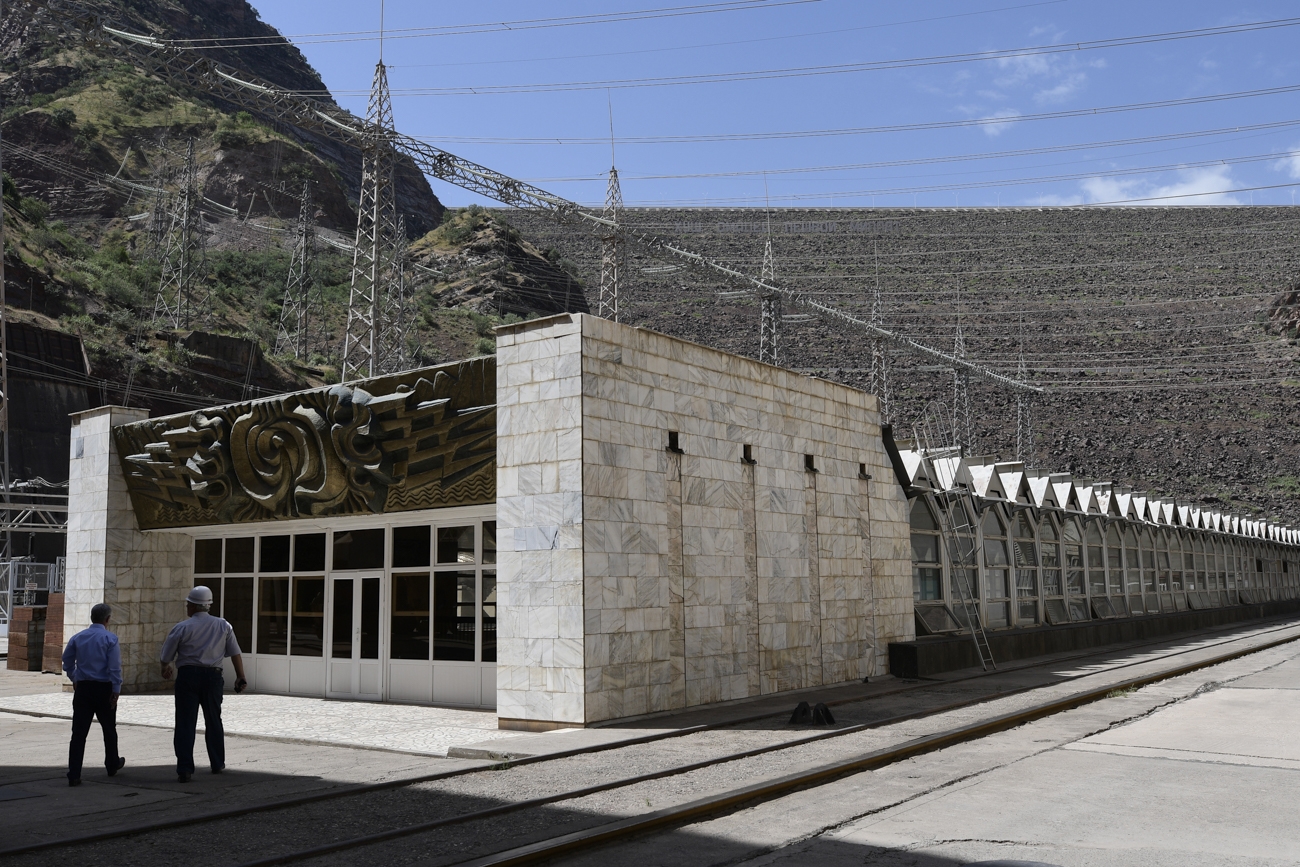 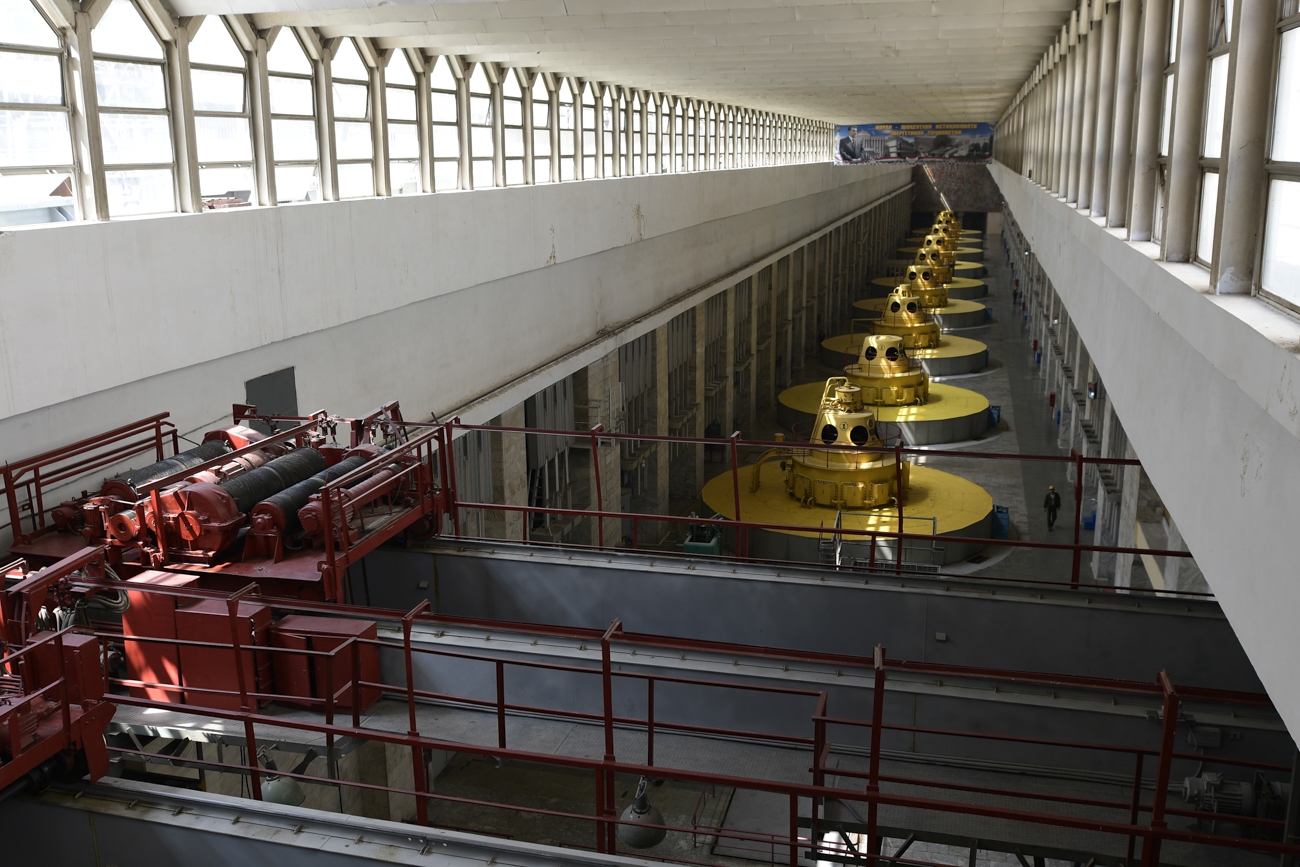 Interior of housing unit for turbines at the Nurek hydroelectric plant. 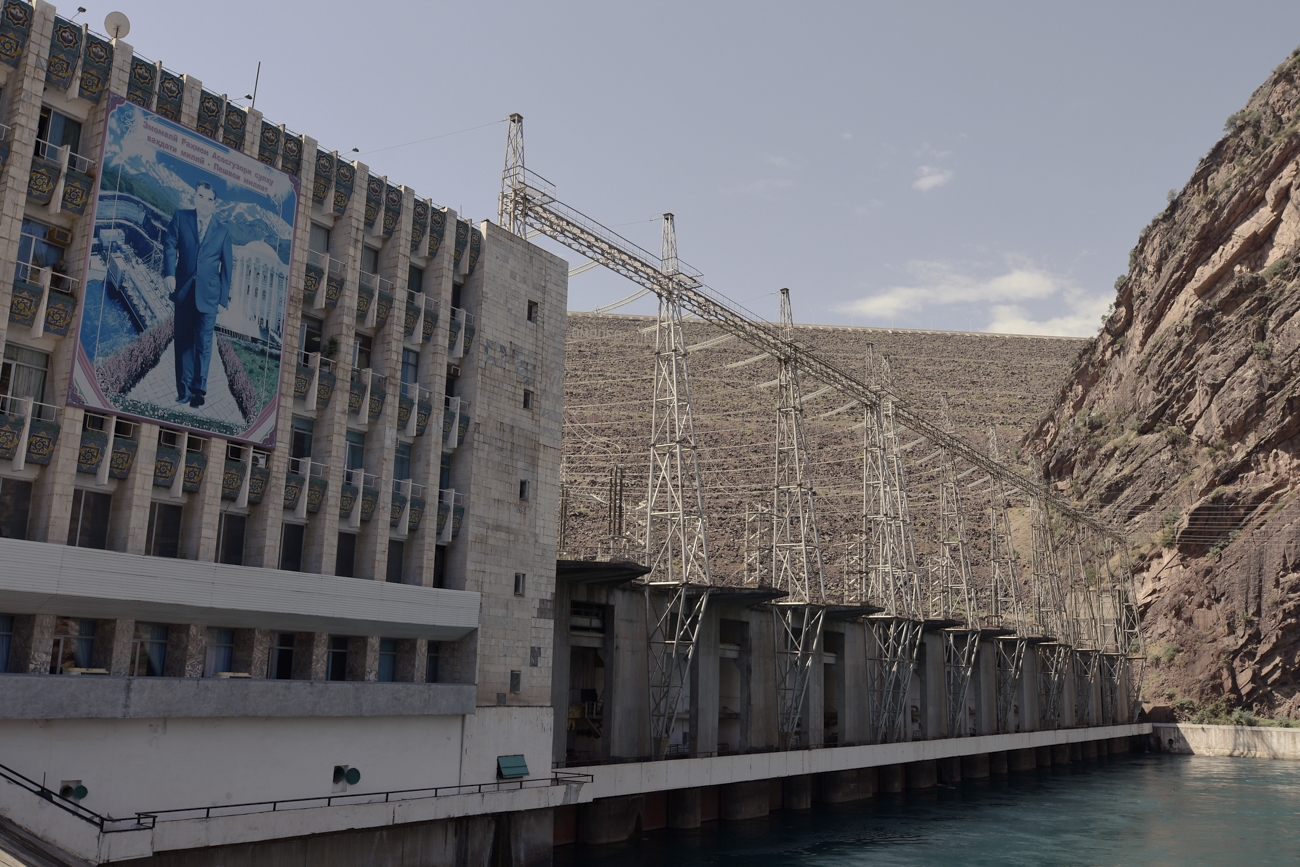 Exterior view of the production unit at the Nurek hydroelectric dam featuring a faded poster of President Emomali Rahmon. 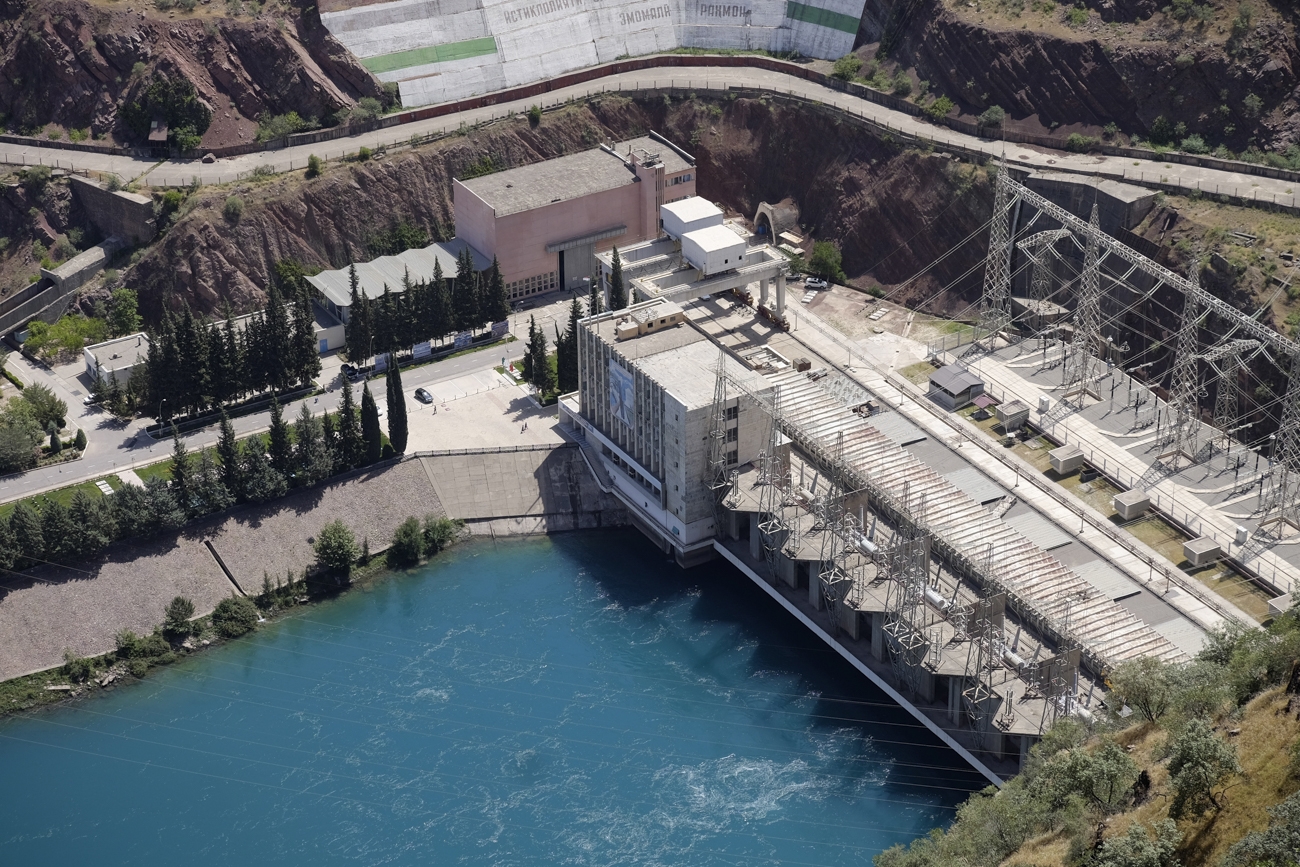 Aerial view of the Nurek hydroelectric dam.
prev
next

After countless turns in the hilly highway running south of Tajikistan’s capital, Dushanbe, the waters of Nurek reservoir materialize in a burst of dull apatite blue.

Until the gigantic Roghun dam is completed, the hydroelectric plant at this location will remain the largest power-producing facility of its type in the entire region. Nurek only lost its status as the world tallest dam — at 300 meters — in 2013, when China inaugurated its Jinping-I Dam, which is but a handful of meters higher.

The 3,000-megawatt plant lies along the lower end of the Vakhsh River, which in turn feeds the more famous Amu-Darya. Roghun Dam, which is under construction further upstream along the Vakhsh, will, if all goes to plan, soar to a height of 335 meters.

Construction of Nurek began in the early 1960s and took decades to complete. The first turbine went online in 1972. It was as late as 1988 that the plant reached peak output levels.

Any sudden and irreparable malfunctions at Nurek would be catastrophic. The plant meets around 70 percent of Tajikistan’s electricity needs.

There was a small forewarning of what that eventuality could entail in late October 2016, when a temporary technical fault unplugged massive swathes of the country for around three hours. The sudden shortage of electricity in turn caused a halt of numerous alumina smelters at the TALCO aluminum plant, the country’s largest non-hydropower-related industrial concern. Damage caused to the aluminum plant caused a considerable falloff in productivity.

According to a World Bank report published after the 2016 blackout, around 77 percent of Nurek’s installed capacity is operational.

Tajik authorities have accordingly been warning that they need large amounts of money to modernize the plant. Figures of up to $600 million have been floated as a budget for such an undertaking, although it is far from evident that any international financial institutions are either willing or capable to provide such sums.