Officials in Karabakh break with Armenia over negotiations

As the Armenian government moves toward significant concessions, some in Karabakh are exploring a radical solution: joining Russia. 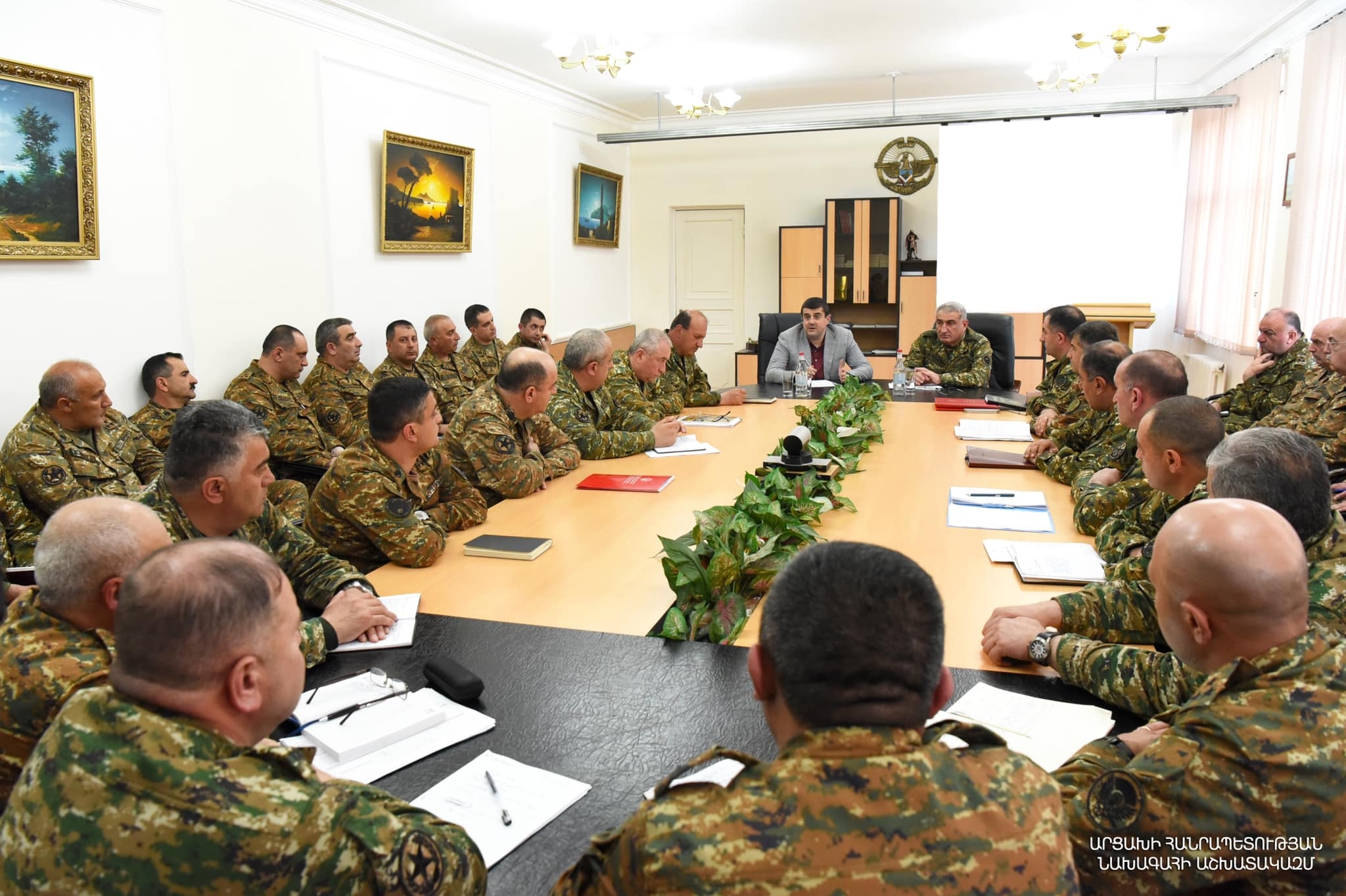 Authorities in self-proclaimed Nagorno-Karabakh have spoken out against the Armenian government for signaling a willingness to make concessions that would allow Azerbaijan to regain control over the territory.

"Any attempt to incorporate Artsakh into Azerbaijan would lead to bloodshed and the destruction of Artsakh," said Davit Babayan, the de facto foreign minister of Karabakh, using an alternate Armenian name for the region. "And after the destruction of Artsakh there would be no Republic of Armenia," he said on April 14 at an extraordinary session of the territory’s parliament.

At the end of the session, the parliament issued a statement declaring that: "Any change of Nagorno-Karabakh’s status is unacceptable."

The criticism from Stepanakert followed comments by Armenia Prime Minister Nikol Pashinyan the day before, in which he explained that the international community is pushing Armenia to "lower the bar a bit on Nagorno-Karabakh's status" and recognize Azerbaijan's territorial integrity, which would amount to ceding control of the territory to Baku.

Negotiations between Armenia and Azerbaijan have been gaining pace in recent weeks, with Armenia signaling a willingness to do what officials had hitherto refused: relinquish sovereignty over Karabakh, the territory at the heart of the decades-long conflict between the two sides.

Ethnic Armenian forces have controlled the territory since the first war between the two sides in the early 1990s. Since then, its population of an estimated 150,000 people had been almost entirely ethnic Armenians.

In the second war, in 2020, Azerbaijan regained much of the territory that it had lost, though most (it is not clear how many) of the previous residents continue to live there, in the parts remaining under Armenian control. Now, negotiations have begun over a final resolution to the conflict which will decide the ultimate fate of the territory.

"Armenians in Artsakh very well recognize the cost of peace,” member of parliament Artur Mosiyan, of the Armenian Revolutionary Federation - Dashnaktsutsyun party, said before lawmakers, reading the text of the declaration. “Artsakh's statehood and the right to live freely in one’s historical homeland are absolute values and even the threat of war can't hold us back."

The statement called on the Armenian government to "abandon their destructive position of lowering the bar of negotiations under the pretext of peace, agreeing to the unacceptable status of Artsakh."

Arayik Harutyunyan, Karabakh’s de facto president, held several meetings to discuss the issue with local political figures and civil society members on April 13. "We understand that we have to coexist like neighbors [with Azerbaijan] but living under their control is impossible,” he said at one meeting, in Martakert. “The only way is keeping the status quo.”

The Nagorno-Karabakh Republic has not been recognized by any other state, including Armenia, but Yerevan has been its security guarantor and has provided the majority of its state budget. Since Pashinyan came to power in 2018, ousting a former Armenian government headed by leaders of the first Karabakh war, relations between Yerevan and Stepanakert have been rocky.

Pashinyan, early in his premiership, was promoting the idea for the de facto Karabakh leadership to be brought into the diplomatic negotiations with Azerbaijan, though the idea never bore fruit. Following the 2020 war, relations took a more decisive turn to the bad.

Now, Pashinyan appears to be negotiating with little, if any, input from Stepanakert.

The prime minister on April 14 again pushed back against claims that he was sacrificing the Armenians of Karabakh.

In the uncertain situation, some in Karabakh are advocating for an unlikely solution: for the territory to become part of Russia.

One former leader of the Askeran region, Sasun Barseghyan, has proposed holding a referendum on joining Russia in order to “avoid physical annihilation, to save the remains of the shattered Artsakh,” as he put it in a Facebook post.

“Online, people started to dispute this, claiming that our soldiers spilled their blood for rejoining Armenia, not Russia,” said Naira Baghdassaryan, a resident of a village near the new line of contact with Azerbaijani forces that has seen increased tension in recent weeks. “But I should say that the number of people who want to join Russia is no less. The question is whether Russia sees Karabakh as a part of it,” she said in an interview with Open Democracy.

The territory has become heavily dependent on Russia since the 2020 war; a 2,000-strong Russian peacekeeping force now provides security for the remaining Armenian population and appears to call many of the shots politically. While many are wary of Russia’s heavy influence, Karabakhis also see their security in Moscow’s hands.

One commentator, Anush Ghavalyan, said the move toward Russia was the result of the sense of abandonment from the international community.

And Harutyunyan himself also endorsed the idea. “To continue living here, having de facto independence, striving for further de jure changes, it can be independence, it can be a union with Armenia, which I consider unlikely, but it also can be some relations with Russia in a direct vertical framework,” he said at the Martakert meeting.