Oil crash sparks a surge in demand for dollars in Azerbaijan

Many fear another currency devaluation as oil prices plummet, but the government claims it has the situation under control. 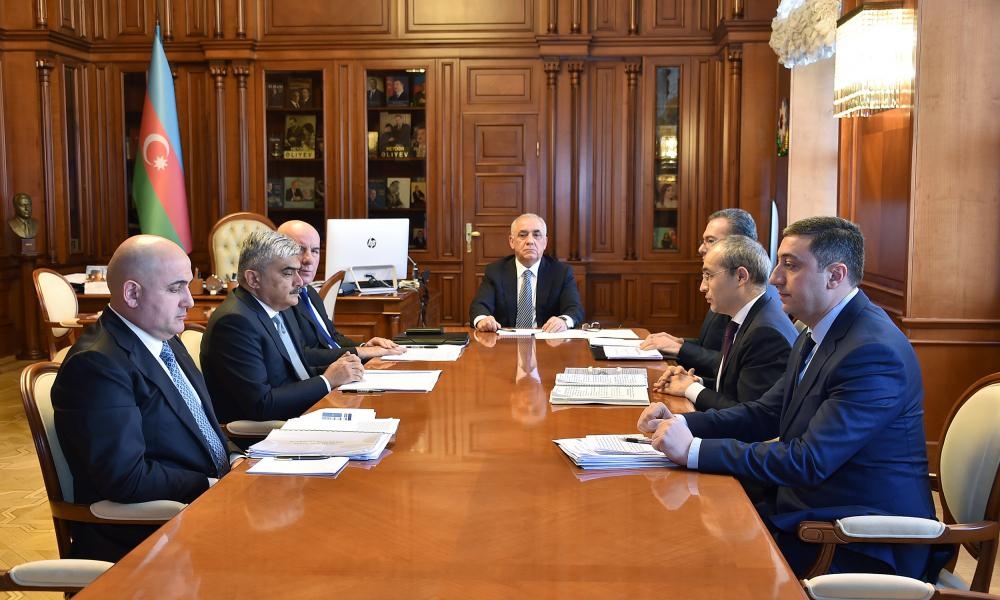 Demand for dollars has spiked in Azerbaijan amid fears of another currency devaluation following a plunge in oil prices.

A feud between Saudi Arabia and Russia led to a sharp drop in oil prices on March 9 and they have remained low, finishing the week at under $34. Azerbaijan’s economy is highly dependent on oil and gas revenues, and its current state budget is based on an oil price of $53.

The government maintains a de facto peg of the currency, the manat, against the US dollar, and can prop up its budget in times of low international oil prices by devaluing the manat. It did so twice in 2015, creating substantial hardship for ordinary Azerbaijanis who held their savings in manats.

With those memories in mind, many Azerbaijanis were seeking to trade their manats for more reliable dollars in anticipation of another potential devaluation. Some banks responded by limiting their sales of dollars.

Natig Jafarli, an economist and the co-founder of the political party REAL, reported that on the morning of March 11 he went to four banks in Baku, none of which were selling dollars; he described the situation as “tense.”

A list compiled by Banker.az showed that while some banks were still selling dollars others have imposed limits, started requiring the use of ID cards, or suspended sales altogether.

Amid the concern, the Azerbaijani government has given little indication of what it plans to do and has given rosy public assessments of the situation.

“We are ready for any oil price, for any challenge,” said Elman Rustamov, the Chairman of the Central Bank of Azerbaijan, in an interview with Real TV on March 16. “There is enough potential in the country to manage the situation without making any emotional decisions. We can manage the situation while maintaining the level of social welfare we have achieved, without creating any additional problems for the financial sector.”

Vusal Gasimli, the director of the state-run think tank Center for Economic Reforms and Communication, told the news agency APA on March 16 that the currencies of many of Azerbaijan’s major trading partners have already dropped relative to the dollar, effectively boosting the manat.

“Thanks to the measures taken, the country’s economy is more stable than during the global financial and economic crisis that began in 2014,” Prime Minister Ali Asadov said following a cabinet meeting the previous week. “I want to note that despite the negative economic trends in the world, our economy is developing, and the country's financial capabilities are expanding.”

Asadov insisted that Azerbaijan had sufficient foreign currency reserves – equivalent to more than the country’s gross domestic product – and urged businesses and citizens to “demonstrate restraint.” But he said the government would be strengthening controls on currency transactions. “Illegal actions and cases of abuse of the situation will be resolutely suppressed,” he said.

As of March 13, the State Oil Fund of Azerbaijan had sold nearly one billion dollars in the previous 12 days.

Shortly after the oil price plunged, Rustamov announced that the Azerbaijani government and the Central Bank have a “plan B” for the state budget that was specifically developed for oil prices in the 30-35 USD per barrel price range. “We have the potential to confront the problem properly,” Rustamov explained. “I call on the people to be calm.”

But the lack of details in Rustamov’s announcement meant many Azerbaijanis weren’t satisfied. Jafarli replied in another Facebook post: “Dear Mr. Elman, put the ‘Plan B’ aside. What was the ‘Plan A’ – I’m curious.”

And the uncertainty revived concerns about Azerbaijan’s unsteady progress toward diversifying its economy away from such a heavy dependence on oil and gas.

“Strategic roadmaps and promotional mechanisms have been prepared, several state programs have been conducted, but these have not had a serious transformation on the economy,” Rashad Hasanov, an economist, said in an interview with Radio Azadliq.