Georgians go to the polls for legislative elections on October 31 after an unexpectedly eventful campaign season. 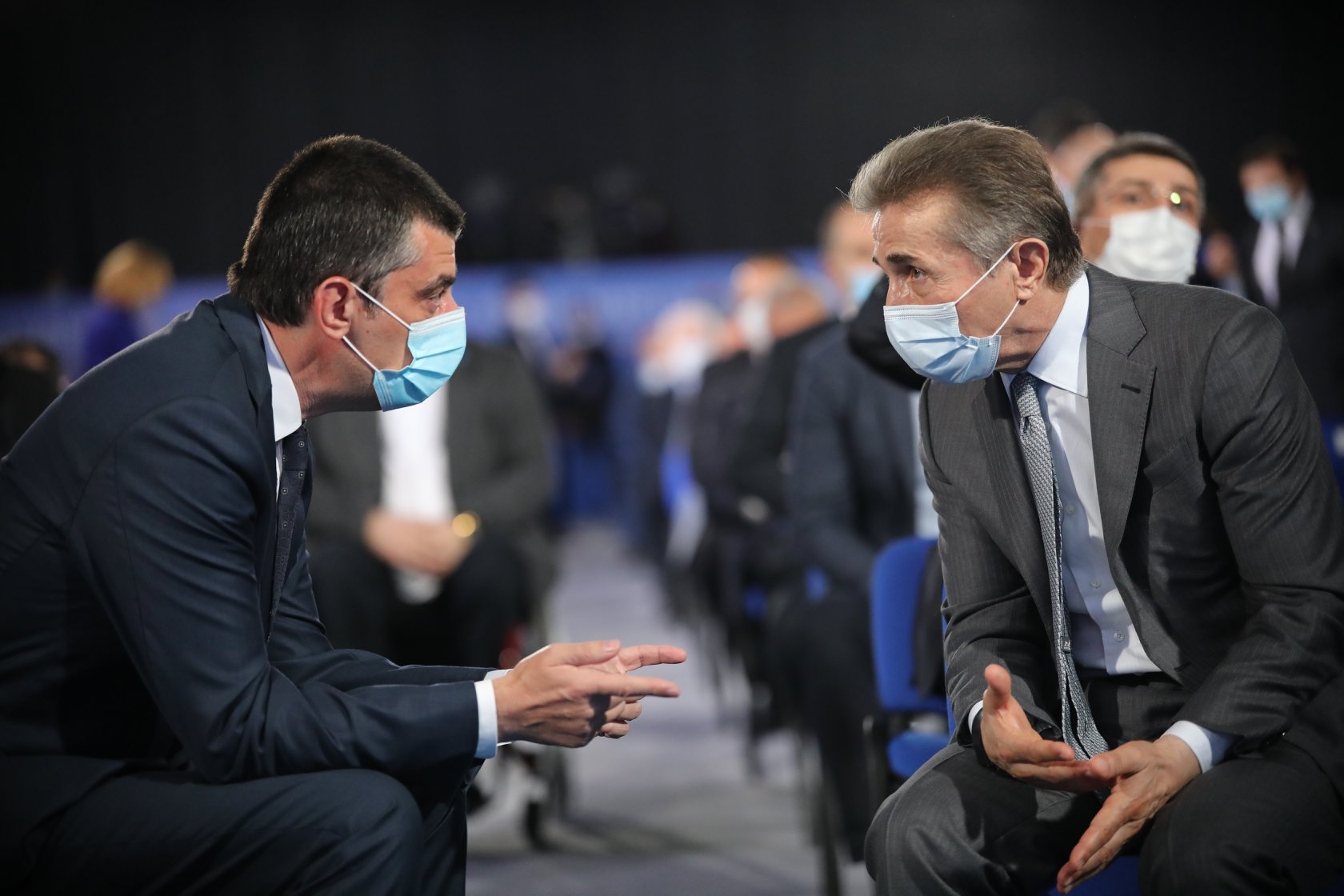 Georgia is headed for its most crowded parliamentary election in 25 years, with a record 50 political groups running for the 150-seat legislature. The ruling Georgian Dream party leads the march, polls suggest, but major recent developments leave room for surprises in the October 31 vote.

It has been said that coronavirus was going to win this election in Georgia. A few months ago that meant an easy win for the incumbent Georgian Dream, which positioned itself as the successful pandemic manager. But a late surge in cases is chipping away at the ruling party’s support.

“The recent spike in COVID-19 appears to have hurt the ruling party,” said Dustin Gilbreath of the Caucasus Research Resource Centers (CRRC), a pollster. “An aggregation of all reputable surveys conducted since the spike started [in September] suggests that there has been an uptick in support for the [largest opposition party] United National Movement at the expense of Georgian Dream.”

The pandemic became an electoral issue way back on February 26, the day the first confirmed COVID-19 patient stepped onto Georgian soil. Initial success at containment helped the Georgian Dream turn a corner after years of steadily dropping popular support. The party’s leaders, most prominently Prime Minister Giorgi Gakharia, enjoyed a rise in popularity. Even President Salome Zourabichvili was plucked out of political and statistical insignificance.

But growing economic pain inflicted by the lockdowns compelled Georgian Dream to reopen the country by the end of spring, which led to a COVID-19 outbreak in late summer. Just two months before the vote, Georgia turned from a pandemic containment champion into a hotspot. COVID-19 is now spreading rapidly throughout the country.

“Georgia is still doing better than its neighbors, but following the same trajectory. Soon the speed and dynamic of the spread will be comparable,” said economist Hrant Mikaelyan, who has been analyzing COVID numbers in the region since the start of the pandemic. “Unless a significant lockdown is introduced in November, the epidemiological growth will be impossible to rein in” in Georgia.

Still, based on an aggregation of recent survey data, polling analyst David Sichinava estimates that Georgian Dream has the support of about 40 percent of the electorate, ahead of the United National Movement (UNM) with 25 percent. Backing for the remaining 48 contenders remains in the single digits. This means that Georgian Dream could still secure a majority by combining seats won in national party races and by its individual candidates at the district level.

During the last election, in 2016, Georgian Dream gained a supermajority (75 percent of seats) despite winning less than 49 percent of the proportional vote. For four years, Georgia essentially had one-party rule as Georgia Dream’s supermajority allowed it to pass any law unopposed.

That system has since been reformed. Under Georgia’s recently amended election law, which was negotiated this past spring under pressure from the opposition and democracy watchdogs, most parliamentary seats will be distributed among parties proportionally to the votes they win. Only 30 seats (rather than 71, as before) will be distributed to individual candidates nominated by their parties to run in district races. Similar to Senate elections in the United States, the winning majoritarian candidate takes the entire district and the corresponding seat in the legislature. Though the new rules still favor the largest party, they make a supermajority far less likely; and even if Georgian Dream secures just over 50 percent of seats, the party will need to reach across the aisle to pass constitutional amendments.

While pollsters believe Georgian Dream has a good chance at winning a majority, they say some last-minute developments could affect the vote, not least a surreal bank heist that shocked the country last week.

On October 21, people across the country dropped everything to watch live television broadcasts of a daylight robbery at the Bank of Georgia’s branch in Zugdidi, a town in western Georgia. A lone rifle-wielding attacker, clad in military fatigues and a balaclava, walked into the bank and took dozens of clients and employees hostage.

Threatening his hostages with a hand grenade, the attacker demanded $500,000 and safe passage. During an eight-hour standoff with special forces, the assailant even shared khachapuri, Georgia’s trademark cheese bread, with his hostages, as he let most trickle home throughout the evening.

The bank eventually provided the cash. The attacker, identified as 32-year-old serviceman Badri Esebua, drove off with three hostages, including a local police chief. He eventually released them and walked away with the cash.

Public reaction swayed between anger and levity; most were surprised with the calm, even gallant resolution. Some jokingly called the robber Ocean’s One, referencing the Hollywood bank robbery franchise headlined by George Clooney.

Georgia’s economy, which was not in good health before the pandemic and is now suffering, has long been a top concern for voters. But a perceived rise in crime has also fueled anxiety.

Another bizarre case that could influence voters is an alleged conspiracy to give away a few square miles of the homeland.

The authorities say that two cartographers nearly made Georgia 14 square miles smaller by referencing an inaccurate map of the Georgian-Azerbaijani border during delimitation negotiations with Azerbaijan more than a decade ago, during the rule of President Mikheil Saakashvili and his UNM party. Cartographers Iveri Melashvili and Natalia Ilychova, who at the time served on the state commission negotiating with Baku, were arrested earlier this month.

The piece of land, claimed by both countries, carries cultural and religious significance for Georgia because the ancient monastery of Davit Gareji straddles the area. With over 30 percent of their border yet to be defined, Azerbaijan and Georgia have been comparing various Soviet-era maps for years in their search for a line.

Georgian prosecutors claim that the two officials knew of a map that would help Georgia solidify its case, but deliberately used an alternative that gives more credence to Azerbaijan’s claim. The prosecutors have not explained what motivated the cartographers to make the allegedly treasonous topographic choice.

Melashvili and Ilychova dismiss the accusations as ludicrous and say they have become hostages of the government’s plot to discredit rivals ahead of the election. Georgian Dream has been using the case to attack the UNM.

“Traitor of his homeland, squanderer of ancient lands and sacred sites, murderer and tormentor of people, the clown Saakashvili and his gang of traitors cannot stay in politics,” thundered Defense Minister Giorgi Gharibashvili, a close ally of Georgian Dream’s billionaire chairman, Bidzina Ivanishvili.

A choir of human rights groups and corruption watchdogs have spoken up for the arrested officials, accusing the government of inventing the case to discredit its opponents. Many political observers agree. “It is likely that the entire case has been blown up by the incumbent Georgian Dream” to attack “essentially the only challenger to its comfortable victory,” said Giorgi Mchedlishvili, an associate professor of international relations at Tbilisi’s European University.

“The recent scandals will have an impact on how power will be distributed [in the parliament],” said Sichinava, who is inclined to think that Georgian Dream will secure a majority, but “because all these events are developing very fast, it is hard to say for certain.”

What the polls say with certainty is that the battle will yet again center on Georgian Dream and the UNM, and their respective bosses – Ivanishvili and Saakashvili – as was the case in each election over the last decade. The difference is that a recently lowered threshold for entering parliament could result in a many-headed legislature. While only four political parties entered parliament after the 2016 vote, this time, Sichinava says, “at very least, eight parties are likely to have representation.”