The country’s 30th anniversary of independence was yet another occasion for polarization. 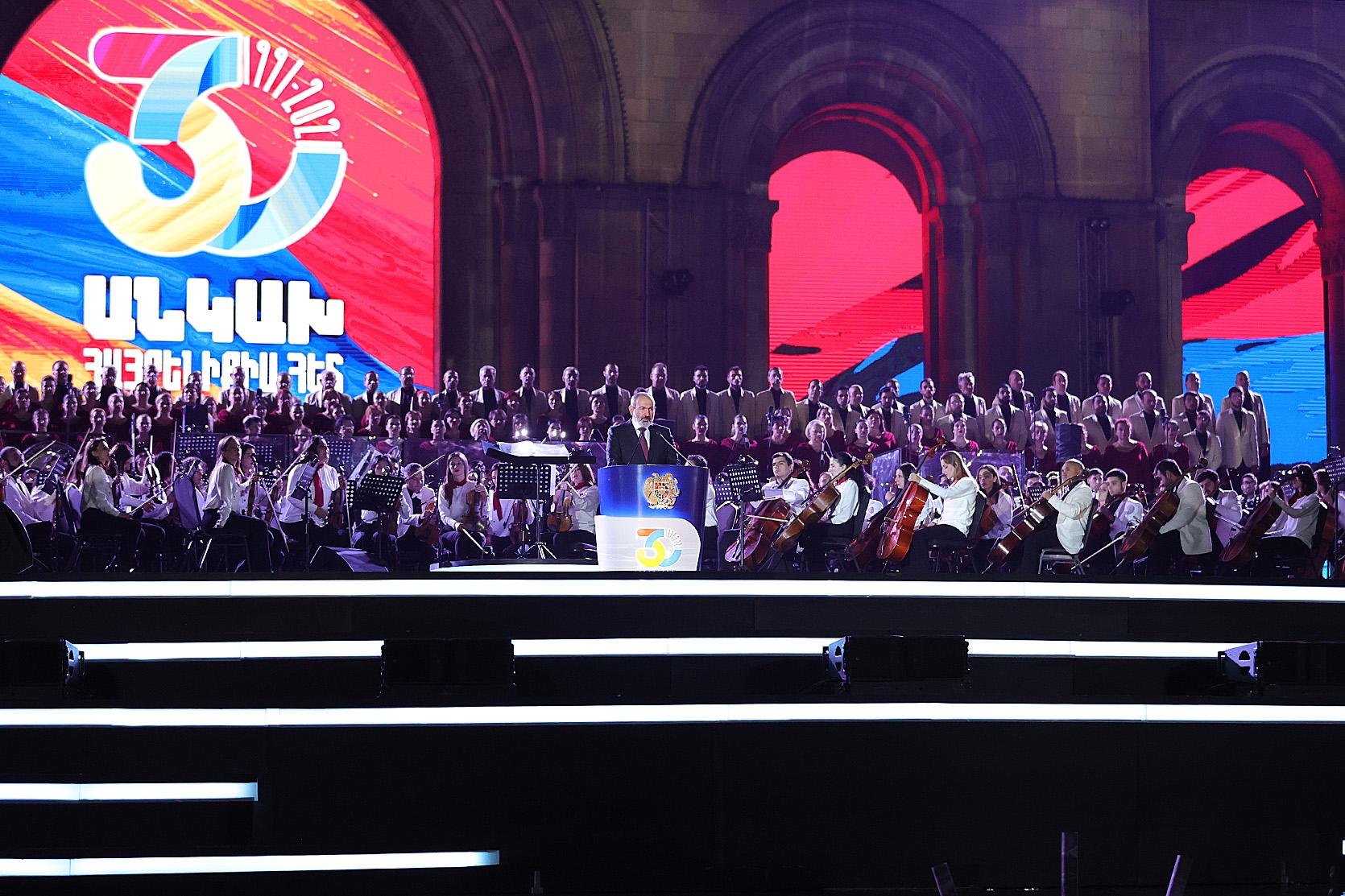 Armenia celebrated its 30th anniversary of independence on September 21, but in the wake of military defeat and in a hotly polarized political environment, the event took place in a state of nearly existential crisis.

Armenia’s late-Soviet independence movement was deeply intertwined with the Karabakh Movement, which sought to unite the majority-Armenian Nagorno-Karabakh – then part of Soviet Azerbaijan – with Armenia. Independence was accompanied by military victory that secured control of Karabakh. But now that most of Karabakh has been lost again as a result of last year’s war with Azerbaijan, and the rest under continuing threat, many in the country are asking what independence means.

“There is no independent Armenia without Artsakh,” tweeted Irina Safaryan, a prominent Karabakhi social media commentator, using an alternate Armenian name for the territory. “Bring back Artsakh then celebrate whatever you want.”

Prime Minister Nikol Pashinyan ensured that the anniversary would be controversial when he said two weeks in advance that it would be marked by a “a large-scale colorful celebration” in Yerevan’s central Republic Square.

"In the past, every such holiday was marked by a military parade. We can't hold a military parade today, and we have to come to terms with the reality, because after the war there are no such capabilities," said the head of the opposition Armenia Alliance faction in parliament, former defense minister Seyran Ohanyan, in a September 10 interview. “In this situation, I don't consider it appropriate to hold colorful events. This proves that the government doesn't have a hold of the country's realities and doesn't realize what happened to Armenia."

"We have fresh graves in Yerablur [the country’s military cemetery], missing people, captives,” said Gegham Nazaryan, a member of parliament from the opposition Armenia Alliance. “Was there no more an acceptable way to celebrate Independence Day than to pour salt in the wounds of parents with a colorful show dedicated to the fallen boys?"

Pashinyan later apologized for his choice of words, but many were not mollified.

There have been several protests by relatives of fallen soldiers, missing people and prisoners, regularly gathered in front of the government building expressing their contempt. "He [Pashinyan] turned our lives colorless and black and now he is having a colorful show,” the father of one fallen soldier told journalists at a September 16 protest.

In the end, the celebrations were not colorful. The traditional military parade was replaced by a march of soldiers, with rifles but without heavy weaponry.

Controversy continued to dog Pashinyan. During a daytime visit to Yerablur, relatives of soldiers – some of whom had been waiting hours – tried to block him from coming, but with a large security detail he entered the cemetery through a side entrance. Journalists were not allowed to enter. One young man shouted to the prime minister: "Nikol, you will answer along with Serzh and Kocharyan [former presidents of Armenia] for sacrificing these guys, for selling to the Turks, you will answer for ruining our independence, you will answer for selling our independence." He was detained by police.

And the event in Republic Square, with symphonic music and a light show, in its reflective mood recalled more the annual commemorations of the Armenian genocide than a standard Independence Day celebration.

In his speech at the event, Pashinyan tried to calibrate his rhetoric to the delicate emotions of the day.