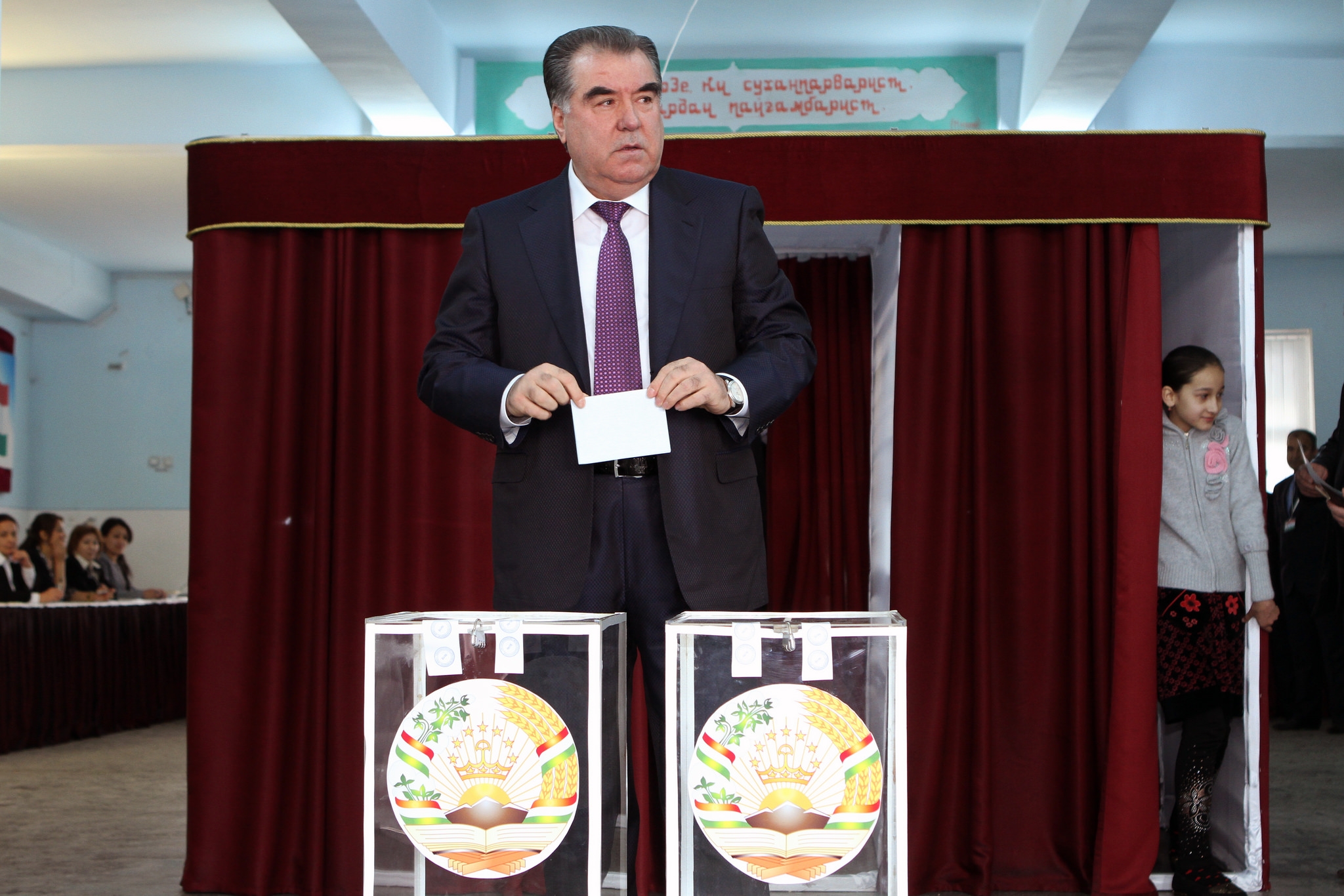 The party of Tajikistan’s strongman president, Emomali Rakhmon, has swept aside all opposition in a parliamentary vote that international observes say fell far short of democratic standards.

Since independnece, two mildly critical parties each held two seats in the largely rubber-stamp 63-seat Assembly of Representatives: the Islamic Renaissance Party (IRPT) and the Communist Party. Though both had little power, their presence gave the body a democratic veneer. On March 1, neither met the 5 percent threshold needed to claim seats in parliament.

Instead, Rakhmon's ruling People’s Democratic Party increased its majority from 55 to 57 seats, local media reported. The remaining seven seats will be split among the Agrarian Party, the Party of Economic Reforms, and the Socialist Party, all of which have close links to Rakhmon’s regime.

The Communist leader called the poll a "farce," but said there was no point in challenging the results.

The Central Electoral Commission declared the vote valid, claiming that over 87 percent of the four-million-strong electorate had turned out at 3,209 polling stations around the country.

Tajikistan has never held a vote deemed free or fair by independent observers, and this one was no different.

The vote “took place in a restricted political space and failed to provide a level playing field for candidates,” the Organization for Security and Cooperation in Europe's (OSCE) observer mission said in a March 2 statement.

The OSCE said it found widespread instances of ballot box stuffing and multiple voting. It negativesly assesssed more than half the vote counts it had monitored, saying "an honest count could not be guaranteed." Earlier the OSCE said the campaign had been hardly visible. Journalists exercised self-censorship and the regime actively blocked attempts by opposition parties to present their policies.

Reporters Without Borders echoed those concerns on February 27, accusing the government of harassing journalists and silencing independent media during the election campaign. “There can be no democracy without media pluralism and without free access to news and information,” the watchdog said.

Authorities had squeezed the opposition relentlessly in the run-up to the vote. The Central Electoral Committee disqualified over half of the IRPT’s 160 proposed candidates – including Rakhmon’s former math teacher – on the grounds they allegedly failed their mandatory Tajik language test. Meanwhile, the State Television and Radio Committee blocked the IRPT’s attempt to air its promotional videos on television, on the grounds that the videos had been produced by a production house that was not registered with the committee.

Journalists and observers recorded a number of voting irregularities on election day. According to RFE/RL, in some voter stations, poll workers advised people whom to vote for. Elsewhere, one person cast a ballot for his entire family. In another district, the IRPT’s candidate's name was missing from the ballot paper.

Mobile phone users in some areas were left without SMS text-messaging services during the polling. A source from a mobile phone operator told the AFP that the security services had ordered them to block messaging due to security concerns.

This blog has been updated to include the OSCE response.