The state is trying to shut faith-based boarding schools, but the process is slow. 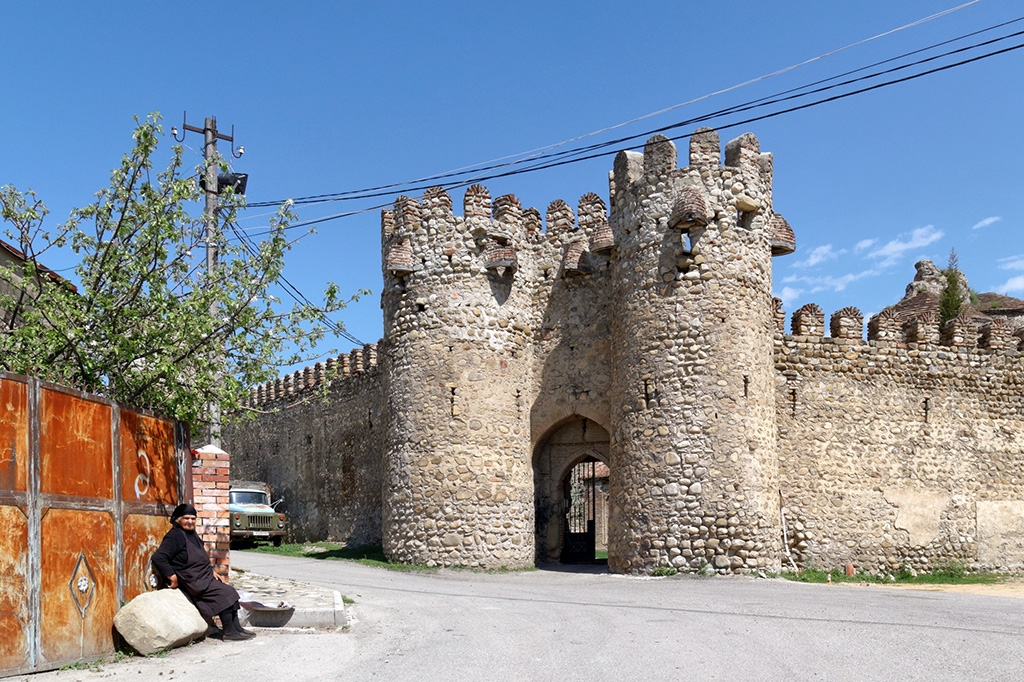 A heavily publicized child abuse scandal in a Georgian church-run orphanage has brought renewed scrutiny to the country’s residential institutions for children, which continue to operate despite long-running efforts to phase them out.

In June, after an extended battle with a prominent cleric, the authorities managed to remove several children from the St. Nino orphanage in the town of Ninotsminda, after allegations emerged of widespread abuse at the facility – including denial of food, physical punishment, and incarceration.

The cleric in charge of the orphanage, Bishop Spiridon of Skhalta, fought the government’s attempts to investigate the allegations, led by human rights ombudsman Nino Lomjaria; he justified his resistance by citing Lomjaria’s support of LGBTQ rights and saying that her representatives would only enter the facility “over my dead body.”

In his defense, Spiridon posted on Facebook a video of his underage wards testifying to a happy life in the orphanage. But when one television crew managed to enter the facility, some of the children described harsh and demeaning treatment. And Georgia’s State Inspector’s Service, a government body monitoring personal data privacy, later fined Spiridon over the video he had posted, saying that the recordings exposed the identities of minors and subjected them to a potentially traumatizing experience.

The authorities eventually extracted 35 of the 50 residents of the orphanage, including seven children with disabilities, and an investigation is underway. “For the 15 children remaining there, alternative places of care could not be found yet, but social services are working on it,” Deputy Health Minister Tamila Barkalaya told Eurasianet. The church launched its own probe and replaced Spiridon with an even more controversial hierarch, notoriously conservative Archbishop Iakob of Bodbe.

The government has come under fire for its slow response to the abuse allegations, having acted only after the ombudsman had launched a high-profile public campaign. Some critics charge that the government’s deference to the church, and its large following of conservative voters, is part of the reason that faith-based establishments have survived the ongoing deinstitutionalization campaign.

Since the early 2000s, Georgia has tried to follow a global trend of replacing orphanages with alternative care, such as foster or adoptive parents or small, family-like group homes. “Growing up in a family environment is best for children, so Georgia began a process of deinstitutionalization, directing resources instead toward supporting biological parents, foster parents and small shelters that serve no more than eight children and can provide a family-like environment,” Maya Mgeliashvili of World Vision, an international development charity working in child protection, told Eurasianet.

As part of that process Georgia began closing state-run internats, Soviet-established orphanages/boarding schools. Today, only two remain, Barkalaya said: One will be closed by the end of the year, while the state is working to replace the other with several smaller facilities. The state also has directed resources to help parents who have considered committing their children to an institution because of economic hardship, and is encouraging adoption or foster care.

Still, hundreds of children continue to live in large residential institutions run by Christian or Muslim organizations. Some of these institutions act as boarding schools, providing faith-centered education, while others operate as only shelters and children in their care attend regular schools. Most of the boarding schools, though, operate outside the realm of state licensing and regulation. The state currently has a little way of monitoring how children end up in these schools and what kind of care they get.

There are 18 religious schools catering to Georgia’s Muslim minority. Sunni institutions are in the southwestern Adjara region, close to the Turkish border; Shia schools are mostly concentrated in the southeast part of the country, home to a large ethnic Azerbaijani community, and some have spiritual and financial ties to Iran.

These schools run the gamut in how much emphasis they put on teaching an Islamic way of life, and they often blur the line between school and shelter.

In the mountains of inland Adjara, “the mission of the schools is to foster a new generation of educated Muslims,” said Andro Dadiani, who as a former country director for EveryChild, a UK-based charity, spearheaded the deinstitutionalization campaign in Georgia. “While they impart Koranic education, they also teach a variety of disciplines, like mathematics and languages, and prepare their students for admission to universities.” Some of the schools even sought out Peace Corps volunteers to teach English, Dadiani said.

With children in these remote areas having little alternative options for education, “these schools are a good thing run by good people,” Dadiani said. “They offer real benefits, and help their students continue their studies in Georgian or Turkish universities.”

Students in these highland schools often visit home. The situation is different in Adjara’s coastal cities, like Batumi and Kobuleti. Children at these urban schools tend to be younger and at least some of them have often been effectively abandoned by their families, Dadiani said. “There is far more indoctrination going on there and some of the educators there are ardent supporters of Sharia law,” he said. One former student joined the Islamic State and even recorded a video threatening the Georgian government and Muslim clerics in Georgia. He was eventually killed in Syria.

The legal status of many of these entities is questionable: As of 2018, institutions that provide permanent residential care for children are subject to licensing and regulation. Private schools are free to provide religious instruction, but the law sets childcare standards for all institutions that provide 24-hour care. Many of Georgia’s religious schools, however, have not met these standards and are at odds with the policy of shifting toward smaller, family-like group homes.

While Muslim schools don’t necessarily see themselves as boarding schools or shelters even if some children effectively live there, the Georgian Orthodox Church-run institutions specifically cater to children who lack parental care. Dadiani and Mgeliashvili singled out one such institution, the Apostle Matthias Boarding School in the village of Peria, which is licensed to provide permanent care to children and is often praised for the quality of infrastructure and teaching it offers. “There is a very open environment there. You’ll find children listening to music, playing sports,” Dadiani said.

Though the Peria school has not avoided small scandals involving abuse, the orphanage in Ninotsminda is Georgia’s most troubled church school; Dadiani described it as a “prison-like establishment” that nobody could enter without the blessing of Bishop Spiridon. But the larger problem, he says, is the very existence of the large orphanages or de-facto orphanages, which he says by default don’t serve the best interests of children, and the poor government oversight of such institutions.

Barkalaya, the deputy health minister, said she expects the problem to be resolved by next year. By next April, all large residential homes have been ordered to close, including religious institutions, she said. The state is currently working with the children living in the schools to find alternative accommodations.

This article is written as part of the Georgian Educational Advocacy Project, which is financed by the U.S. Embassy in Georgia. Any opinions expressed here are the views of the author and do not necessarily reflect the opinions of the U.S. government.