Newly released data confirm that the numbers of Armenians leaving the country are comparable to previous periods of economic and political crisis. 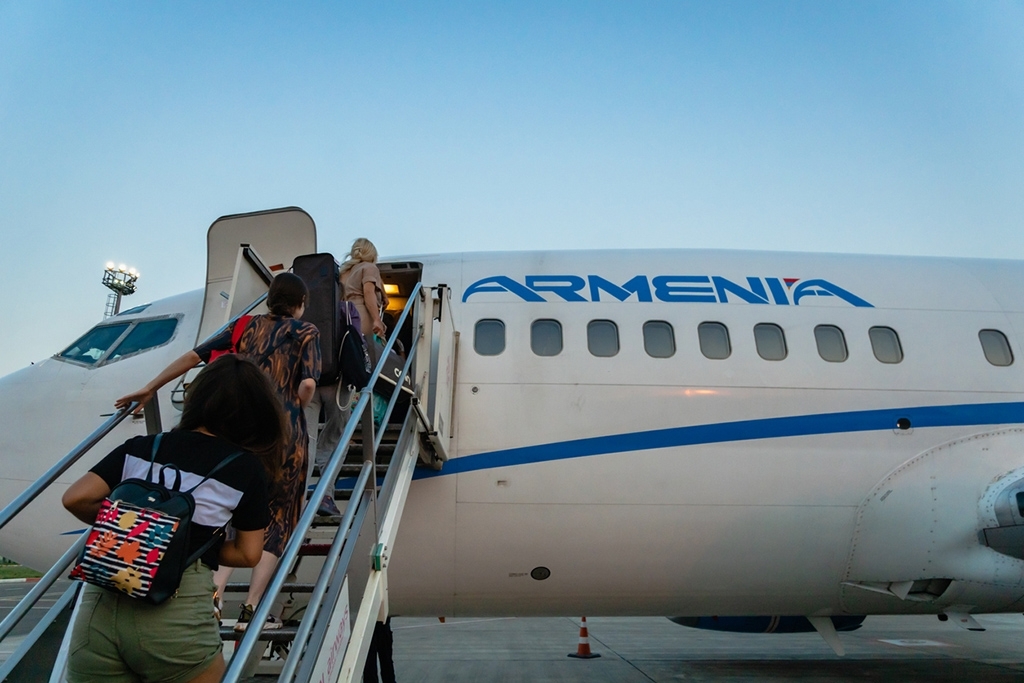 Nearly 44,000 more Armenians left the country in 2021 than returned, a record figure for the last several years, according to newly released official data.

The theme of out-migration has been a hot topic and highly politicized issue in the country, and the recent numbers confirm what many believed: that many more Armenians are leaving – in particular for migrant labor abroad – than coming home.

The migration figures did not come as a surprise, as Armenians struggled both with a declining economy and a deteriorating security situation following the 2020 defeat in the war with Azerbaijan. On top of that, loosening COVID pandemic restrictions meant many people who had wanted to leave before that were finally able to.

“Out-migration for employment to Russia averages 60-70,000 a year,” the head of the country’s Migration Service, Armen Ghazaryan, told RFE/RL. “Those people didn’t go anywhere in 2020 and naturally we had to have these people leave in 2021.”

The figures indicated that many Armenians, as expected, did return in the last quarter of 2021. In the first three quarters of the year about 103,000 more Armenians left the country than returned, 64,000 of those in the first quarter alone.

Migration figures in Armenia tend to track perceptions of economic and political stability. Following a 1998 attack on the country’s parliament that killed the country’s prime minister, the speaker of parliament and six other lawmakers, net migration topped 60,000 in 2000 and 2001. Following the 2008 global financial crisis, the figures topped 40,000 in both 2010 and 2011.

But the current government, which took power in the 2018 “Velvet Revolution,” had made it a point of pride that more Armenians who had sought their fortune abroad were returning home.

There are no precise numbers of how many people actually live in Armenia. The last census was conducted in 2011, and counted 3,018,854 people. The country was supposed to conduct another census in 2020 – the law requires one every 10 years – but it was delayed because of the pandemic. The state Statistics Committee has been testing a system to conduct an online census in 2022.

The national police also track data of people who register or unregister at addresses; in 2020, 33,203 people unregistered from their addresses, and that number jumped to 38,932 in 2021. Not everyone who moves abroad reports when they leave an address. Nevertheless, that data still offers a more precise picture of people who have definitely left the country, said Anna Hovhannisyan of the Armenia office of the UN Population Fund in an interview with RFE/RL.