Outlook 2021: A preview from Central Asia and the Caucasus

Our regional editors offer their informed predictions for the year ahead. 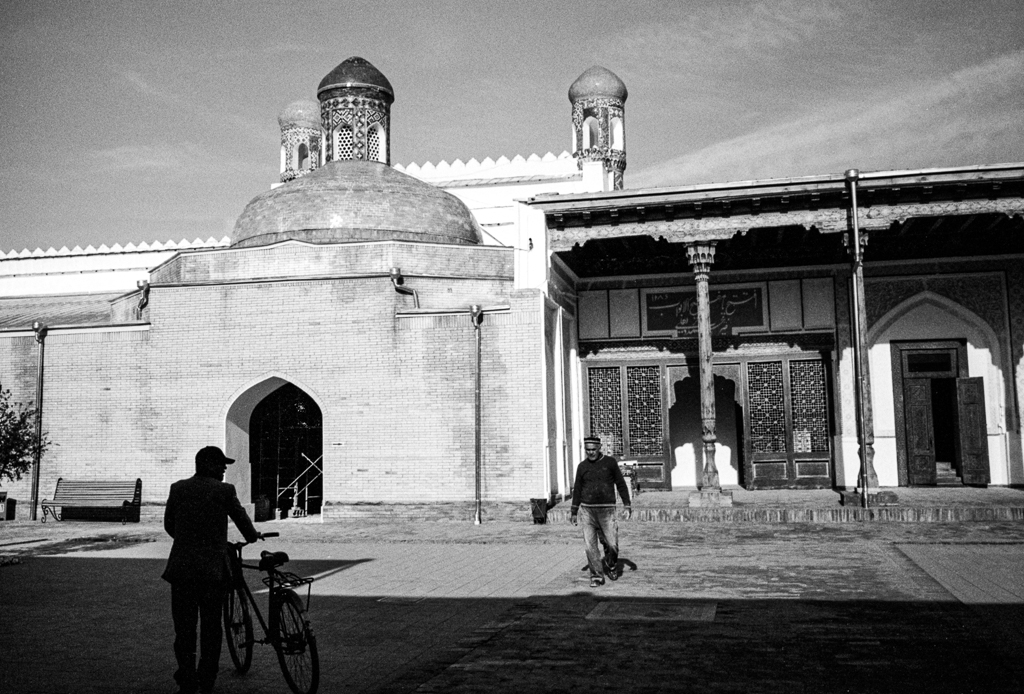 2020 was a historic year in the Caucasus, as Azerbaijan launched a war and successfully took back most of the territory it lost to Armenians in the 1990s. It was an epochal event, ushering in a new political and geopolitical order in the region. In 2021, we’ll begin to see how this new order forms.

By far the murkiest prospects for 2021 belong to Armenia. The coming year will be pivotal politically: It will be a miracle if Prime Minister Nikol Pashinyan holds his post following the loss to Azerbaijan, but his departure would usher in an era of uncertainty. If Pashinyan goes, will the values of the 2018 Velvet Revolution he led – stamping out corruption and democratizing Armenia – remain? Expect 2021 to be full of political turmoil.

These are uncertain times, too, for the Armenians of Nagorno-Karabakh. As a result of the war, the territory they hold is much smaller than before, and the Azerbaijanis much closer. For now, Russian peacekeepers are maintaining security, but will Armenians continue to see life in Karabakh as a long-term prospect? Or will they see their days in Karabakh numbered and have one eye on the door? Ultimately people will be voting with their feet and their drams, and in 2021 we should get an idea of how viable Karabakh will remain.

Azerbaijan is riding high after its victory in the war. Now, it faces a daunting task to reconstruct and repopulate the territories it took back from Armenians. It will have to do that with a state budget already under strain from persistently low oil prices, and with state institutions rife with corruption. But military victory has gained President Ilham Aliyev political capital that won’t run out any time soon.

Triumphalism is rampant, and Baku is showing ever fewer signs of accommodating anything other than its strongest nationalist impulses. But it also claims to want to welcome the Armenians of Karabakh as Azerbaijani citizens. So will it take any steps in 2021 to make them feel at home? Serious steps could be a real prosecution of soldiers accused of committing atrocious war crimes and a stepping back from promoting the crackpot “Albanian” theory by which Baku attempts to erase Armenia’s history in the region. No one is holding their breath for any of this to happen, but it’s essential if the region is ever to live in peace.

Georgia has been overshadowed by the dramatic events to its south, but things here, too, are at a crossroads. Following contested elections, all opposition parties are boycotting parliament, leaving Georgia with its first single-party rule since the Soviet days. Faith in the country’s political class had been low before and it’s not clear how it’s going to extract itself from this dead end.

Meanwhile, perhaps no country in the Caucasus is hoping so hard for a quick end to the COVID-19 pandemic. Georgia’s economy is heavily tourism-dependent and the 2020 season was a complete bust. Georgia’s guides, Airbnb hosts, and restauranteurs – at least those still in business – are desperately hoping that things get back to normal in time to revive the industry this year.

Central Asia is starting 2021 with a pair of elections – neither of them very promising for the fortunes of democracy in the region.

The scheduled January 10 vote to pick a new president in Kyrgyzstan came out of the blue, following a spurt of civil unrest in October. The anticipated runaway winner is Sadyr Japarov, who had until that trouble erupted been cooling his heels in prison on kidnapping charges.

That will only be the aperitif, institutionally speaking. Kyrgyz voters are also being asked to decide, in the vaguest of terms, to cast a preference on whether they wish to live under a presidential or a parliamentary system. Should the former option prevail, a reversion to strongman rule, reminiscent of the days of the deposed President Kurmanbek Bakiyev, is widely anticipated.

And yet another vote is slated for later in the year, when the country attempts once again to select a new parliament (the outcome of October’s vote having been cancelled). If Japarov has his way, that legislature may prove the meekest Kyrgyzstan has had in its post-independence history.

In the slow race of pointless parliaments, Kazakhstan is always a strong candidate. In a confounding bit of scheduling, the vote is also taking place on January 10. Even the milquetoast opposition All-National Social Democratic Party has said it is sitting this one out. A bland all-pro-government legislature is assured.

When President Kassym-Jomart Tokayev took over in 2019 from his longtime friend, Nursultan Nazarbayev, some naïve souls may have anticipated mild political reform. Any such plans, granted that they ever existed, have been scotched for the foreseeable future by the COVID-19 disaster.

The National Bank recently forecast that the economy might have shrunk as much as 2.7 percent in 2020. Their prediction is that the economy will revert to growth by the second quarter. Financial regulators attribute this to implementation of the government’s cash cannon approach to squelching the crisis. A more prosaic explanation is that energy analysts expect oil prices to return to health by the middle of 2021. Kazakhstan’s failure to diversify is an unrelenting albatross around the neck.

Public discourse will be laser-focused on the economy in Uzbekistan too. The impact of COVID-19 has been intense there, although Uzbekistan is at least expecting to close 2020 with gentle economic growth of 1.5 percent. That is way down from 5.5 percent the year before.

These difficulties come as the country still appears conflicted about its general direction. There was a time when officials were predicting that 2021 would be the year that Uzbekistan would be admitted to the World Trade Organization. But with Tashkent gaining observer status at the Russia-led Eurasian Economic Union, or EAEU, in December, there will be much discussion about which bloc holds more promise.

The unanticipated economic slump has favored short-term solutions. This year will see the opening of a Russian Interior Ministry representative office in Uzbekistan intended to ease bureaucratic headaches for Uzbek migrant laborers. Accession to the EAEU would make many of those difficulties largely melt away altogether, a point that Kremlin-aligned media is likely to revisit frequently.

Inside the country, the emphasis is on reducing the state’s presence in the economy. This year will, accordingly, be marked by the privatization of major government-held assets, such as the Fergana Azot and Dehkanabad potash plants, the Coca-Cola Ichimligi Uzbekiston bottling company, as well as several holiday resorts and hotels.

All being well, economic growth could revert to the official forecast of at least 5 percent.

The year will end with a presidential election that will see President Shavkat Mirziyoyev easily reconfirmed to office. For all Uzbekistan’s talk of reform, political competition is off the agenda. That vote will merely confirm how little progress has been achieved.

At least Tajikistan usually doesn’t pretend very hard it is reforming or opening up to the world. President Emomali Rahmon ended 2020 with a likely bogus boast of having defeated COVID-19. Even if this were true, the success has only been achieved by sealing off the country, as many others have done. By rights, 2021 should be a year of reconstruction, but the country has no clear foundations on which to build that resurgence.

Rahmon’s determination to claim victory over the coronavirus likely stems from his wish to see Russia reopen to Tajik laborers, whose remittances are so crucial to the economy. That is bound to happen, but probably not for a few months.

And this happens as Tajikistan is dragged further down by loans. The finance minister revealed in November that the government intends to rack up another $562 million in international debt in 2021. Unsurprisingly, Tajikistan is in a line of countries pleading for deferral on repayment of existing loans.

The easiest prediction to make for Tajikistan in 2021 is that the presidential press service will continue to generate images of Rahmon standing next to tables laden with food – a crude Soviet-style exercise of cognition-scrambling. It is especially grim to think that this will happen as the population experiences increased difficulty meeting its basic nutritional needs.

This could all become somebody else’s problem. Some believe that 2021 could see Rahmon hand over power to his son, Rustam Emomali, who now serves both as chairman of the upper house of parliament and mayor of the capital, Dushanbe.

While Kyrgyzstan and Kazakhstan will get a new batch of lawmakers, Turkmenistan is to add a whole new branch of the legislature in 2021. Members to a consultative body called the Khalk Maslahaty, or People's Council, essentially a Senate, will be elected at the end of March.

This has nothing to do with increasing public representation, of course. 2020 was even worse than usual for basic liberties. People have faced severe intimidation for trying to document food shortages, for example. And there is no reason to believe that will change.

The creation of a Senate seems, rather, to be a clunky maneuver ahead of some putative future succession mechanism once President Gurbanguly Berdymukhamedov decides he wants to hand over power to a close relative or simply drops dead, as his predecessor did.

The president routinely anoints every new year with a slogan, and the one chosen for this year is: “Turkmenistan, the Land of Peace and Trust.” When Central Asian despots begin to talk about peace, trust, stability and the like, it is usually a certain guarantee that the government intends to impose austerity, and that the population should grin and bear it.

Sure enough, exile media reported that sweeping layoffs of police officers were due to begin from the new year, and there is every reason to suppose similar belt-tightening will be happening across the board.