Outlook 2022: A preview from Central Asia and the Caucasus

Our regional editors offer their informed predictions for the year ahead. 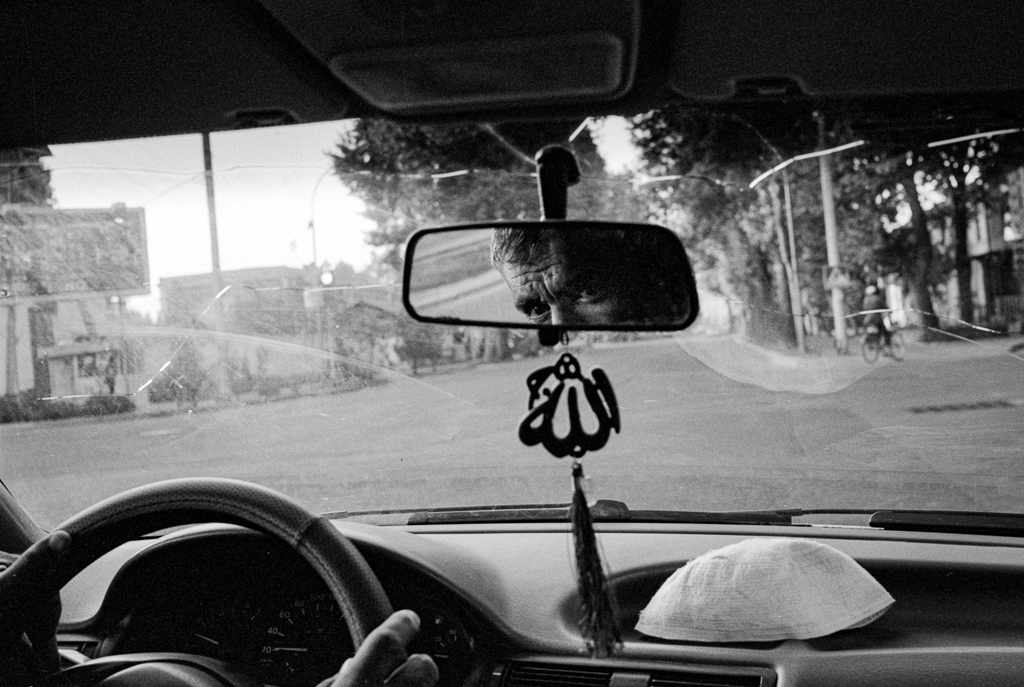 Central Asia is such a politically stagnant region that an election of any kind can be enough to spark some interest. Between presidential and parliamentary votes, it is rare for a year to pass without any national polls to watch.

And yet, no such dubious distractions are planned for 2022. Which is not to say that nothing will happen on the political scene. The emphasis will instead be on top-down initiatives dressed up as exercises in public engagement.

Uzbekistan’s President Shavkat Mirziyoyev late last year signaled that a fresh round of constitutional tinkering is looming. Speaking on Constitution Day, which is marked on December 8, he argued that it was important to “harmonize the Fundamental Law with the modern realities of our society.” Mirziyoyev claimed that any changes adopted will flow out of proposals arriving from the citizenry and political parties. That is just window dressing – all decisions will be made centrally.

There is still no clarity about what the reforms will be, but the president has named the consolidation of civil society, protection of the family and the preservation of harmonious interethnic relations as top priorities.

This sounds like a lot of vaporous talk, but it comes as Uzbek society grows steadily more pious – in ways the government does not always like – and as people across the country, even in far-flung regions, are becoming ever more confident in asserting their rights and opinions. The authorities are acutely aware that they have to a great extent lost whatever grip they once had over the country’s moral and cultural evolution. This coming year will accordingly see them try to reassert their control through an unwieldy blend of repression and agenda-setting.

Paradoxically, in the economy, the other important theme of the Mirziyoyev reform era, the emphasis is on relinquishing control. Liberalization of the foreign exchange market, easing of cross-border trade, banking reforms, fixes to the tax system and a general easing of conditions for doing business have produced virtuous results. Consolidation of these achievements is going to be topmost in mind of policymakers in the years to come.

But exposure to the world brings its own problems. Economists warn that spending power in Uzbekistan in U.S. dollar terms is set for further decline, which is going to cause more grumbling.

Neighboring Kazakhstan has sought to anticipate such woes with a new statutory minimum wage that came into effect on January 1. The monthly rate has increased from 42,500 tenge ($100) to 60,000 and will extend to cover more than 1 million people, President Kassym-Jomart Tokayev has said. Meanwhile, the pension threshold for women has been ratcheted up by another six months, as per long-standing plans. The pension age for women is now 60.5 years and will steadily reach 63 by 2027.

Banking crises are the sword of Damocles perennially suspended over the population of Kazakhstan. The government is running what it has dubbed a stress test, set to run through March, for the nation’s lenders. Many cruddier banks have been swept away by regulators over the past couple of years and the hope is that a serious attempt at oversight will finally close the market off to cowboy operators.

Barring the former President Nursultan Nazarbayev relinquishing his behind-the-scenes powers, no notable political developments are in the cards. Tokayev is instead working on attempting, while the security services busily stifle any seedlings of political diversity, to burnish his compassionate credentials. In that spirit, he approved in December the creation of an office for a national human rights commissioner. If permitted to operate freely and independently (somewhat unlikely), this person should be in a position to draw rare degrees of official attention to human rights violations.

In 2021, Kyrgyzstan finally got through its election season by repeating a cancelled parliamentary vote from the year before. The result was, as usual, tainted by claims of skullduggery, but there appeared to be no energy for more than token protest rallies.

This being Kyrgyzstan, however, there can be no certainty of public sentiment being held down. President Sadyr Japarov is going to have to work hard to get Kyrgyzstan out of an economic hole rendered only deeper through actions that have against all odds managed to make the country even less attractive to foreign investors.

The giant and rapidly aging Kumtor gold mine was wrested by Japarov’s lieutenants away from Canada-based Centerra – and has been producing less ever since. A definitive agreement on the handover may be imminent.

The Japarov government’s plan for plugging holes is to finally get the tax service working as it should be. The head of the Cabinet, Akylbek Japarov (no relation of the president), has said that there are no plans for tax hikes or an introduction of new taxes, but has warned that dodging payments will heretofore be considered tantamount to treason. Businesses are already protesting and will continue to do so.

Japarov’s mind will also be on consolidating power, but there is the irritant of his head of the security services to worry about. Kamchybek Tashiyev has long been a close friend and ally to Japarov, but there are insistent whispers that the two men’s egos are making this tandem of power hard to ride. Or to put it more colloquially: “You cannot boil two rams’ heads in one pot.”

No such problems in Turkmenistan. There, President Gurbanguly Berdymukhamedov is the uncontested top dog – though it feels like the moment in which he will hand over power to his son, Serdar, is nearing. In his capacity as deputy prime minister, Serdar Berdymukhamedov has increasingly become his government’s face to the world. He will embark on many more trips abroad in 2022 and is steadily taking over stewardship of the economy, such as it is.

Turkmenistan purports to be embarked on a full-throttle transition toward market economy rules, so the coming year will be replete with buoyant bulletins of privatization and the prosperity of ostensibly private entities. The country remains almost entirely closed to outsiders, however, and there is no indication that will change this year.

Another keenly watched dynastic succession process is the one that could soon take place in Tajikistan. There are some who believe that President Emomali Rahmon would have handed over power to his 34-year-old son, Rustam Emomali, before now had the country not been assailed by one crisis after another. First it was COVID-19, and then the collapse of the Western-backed government in Afghanistan happened.

The country is in real terms no less poor than it was before the pandemic hit, but the economy is stabilizing. And despite the initial huffing and puffing about the Taliban, Rahmon’s regime looks like it will learn to live with the Emirate next door. Just as 2021 was coming to a close, state power company Barki Tojik signed an agreement to continue delivering electricity to Afghanistan over the long term on the proviso that Kabul settles its outstanding dues.

This kind of practical accommodation is going to characterize how most Central Asian governments engage with Afghanistan: carefully, but cordially, so long as the money keeps coming.

Does this mean that Rustam’s moment has come? Possibly. And yet, Tajikistan is never far from a serious crisis, be it economic or security-based, so there could be waiting to come.

2022 promises an unusual level of political stability in the Caucasus, in that there are no elections scheduled – yet. But the region is still settling from the shock of 2020’s war between Armenia and Azerbaijan, as the geopolitical tectonic plates continue to shift.

Armenian Prime Minister Nikol Pashinyan and his government survived, against all odds, the loss in the war and a challenge by their rivals from the former regime in snap elections in summer 2021. After winning in those elections, he is set to rule until 2026 – albeit with a shaky mandate due to his deep unpopularity.

In the face of a loud, but now mostly toothless, opposition, Pashinyan will be making substantial decisions to reshape his country’s relations with its neighbors.

He is negotiating a possible deal to normalize relations with Turkey, and another to implement the terms of the 2020 ceasefire agreement with Azerbaijan – most consequentially to reopen transportation routes in the region and to formalize the two countries’ international border. Both deal with sensitive issues of sovereignty and thus any concessions will expose him to criticism that he is selling out the homeland.

Azerbaijan spent a busy 2021 beginning to restore the territories it took back in the war; there is now an airport in Fuzuli and some businesses in Shusha. The government has said it expects civilians to be able to start returning to the region in 2022, so we will start to see how this massively ambitious effort is going to take shape. How many of the more than 600,000 displaced from the area in the first war will want to return 30 years on? Will the government – under budget pressure and deeply corrupt – have the resources to provide new homes and jobs for them? Azerbaijan has the lowest growth outlook of the three Caucasus countries, so they face an uphill battle.

Meanwhile, Baku has been putting heavy pressure on Armenians – pressing them militarily along the border, making irredentist claims, holding prisoners – in an apparent effort to get better deals on the border demarcation and transportation agreements. So if the two sides are able to work out a deal – which seemed imminent at the end of 2021 – will this pressure subside in 2022? What will this new relationship look like? As long as the final status of Nagorno-Karabakh is undecided – a situation in which both sides see their position as non-negotiable, something that certainly won’t change in 2022 – animosity is going to dominate.

The people with the greatest stake in this are the ethnic Armenians of Nagorno-Karabakh, who are under Russian protection until 2025, at least. 2021 saw many of them emigrate, or consider emigration, and as 2025 looms we will see how many continue to consider Karabakh a viable place to live.

Georgians have to a large degree ignored the new order to the south, but it stands to substantially affect them as well. New transportation routes connecting Armenia, Azerbaijan, Turkey, and Iran could break Georgia’s effective monopoly on easy transit through the region. Georgia has so far boycotted regional talks on new communications routes, but if these start to move forward in 2022 will it try belatedly to get on board?

Meanwhile, Georgia enters 2022 in a period of respite from its chronic political infighting. Elections aren’t scheduled until 2024, and while the opposition continues to agitate for snap elections, they are running out of pretexts to justify such a move. That gives the ruling Georgian Dream party another two-plus years to rule, and in 2022 all bets are that they will continue on their current trajectory of tightening their grip on every lever of power in the country.

The opposition’s last attempt to shake things up was the surprise return of former president Mikheil Saakashvili. That didn’t turn out as hoped, and Saakashvili enters 2022 in prison and facing trials for a variety of crimes, already having been convicted of others. Will the government deem it worthwhile keeping him in prison in Georgia, or decide it’s easier simply to extradite him back to Ukraine or somewhere else and be done with it?