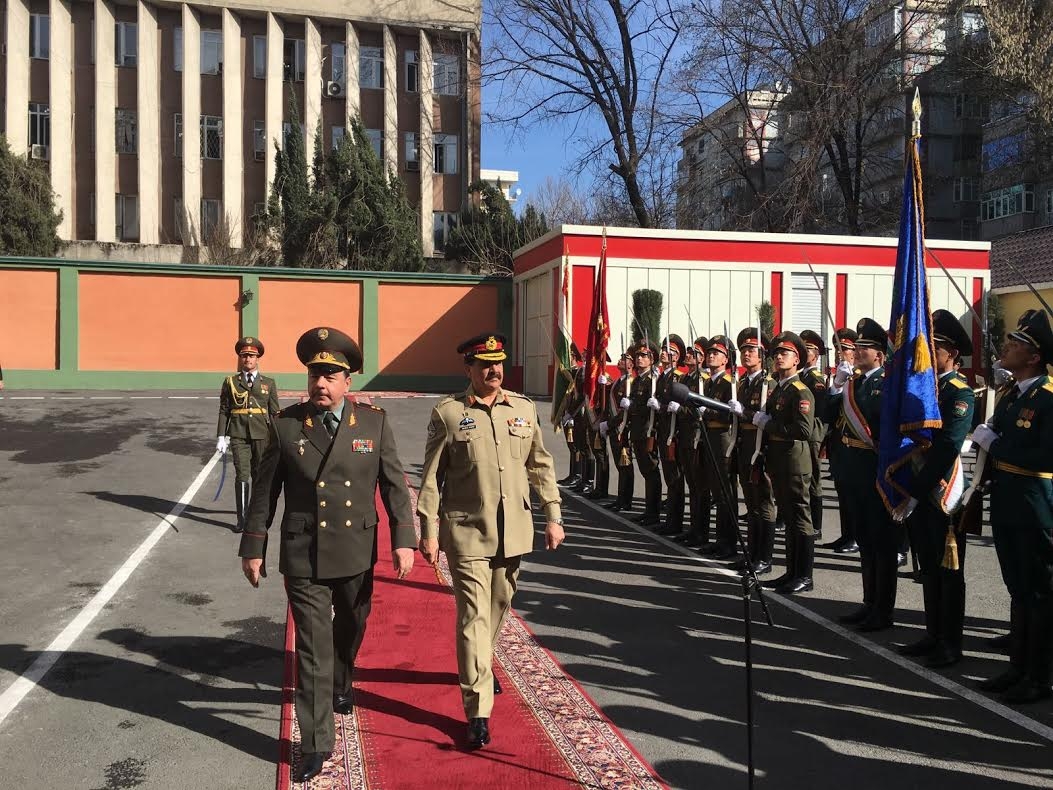 The chief of Pakistan's army visited Tajikistan this week, vowing Pakistan's "full support" in Tajikistan's fight against terror. The visit was the first by the general to Central Asia.

General Raheel Sharif met Tajikistan President Emomali Rahmon on Tuesday; the two discussed "cooperation between national armies and law enforcement agencies of Tajikistan and Pakistan in the fight against modern threats and challenges, including terrorism, extremism and drug trafficking," according to Rahmon's website.

General Sharif, for his part, "offered Pakistan’s full support in capacity building of Tajikistan forces to counter terrorism," according to the Pakistan Army website. Rahmon also reportedly praised the Pakistan Army's "phenomenal achievements" in operations on the border with Afghanistan, calling them a "role model for rest of the world."

Central Asia has not typically been a priority area for the Pakistani military, but Sharif's predecessor visited Tajikistan and Kazakhstan in 2013. This appears to have been Sharif's first visit to the region. (It's also worth noting that Sharif, in addition to army chief of staff, is probably the most powerful political figure in Pakistan today.)

Tajikistan is something of a hot spot for foreign military assistance these days. Sharif's visit came one day after a senior Chinese military official met Rahmon in Dushanbe and promised that "China is willing to further enhance military cooperation and multilateral counter-terrorism collaboration with Tajikistan."

Tajikistan and Russia are holding joint exercises expected to involve 50,000 security officials later this month, and in April the Russia-led Collective Security Treaty Organization will be holding its first-ever joint exercises devoted to intelligence in Tajikistan.

And last month, the White House announced a plan for a new, $50 million U.S. military aid package for Tajikistan.